This is the moment a migrant makes history by becoming the first documented person to paraglide across Spain’s southern border with Morocco and make it onto European soil.

But the unidentified migrant had fled by the time officers arrived and had yet to be found.

The paraglider is thought to have used equipment that costs only £5.50 online, which was dumped at the scene. 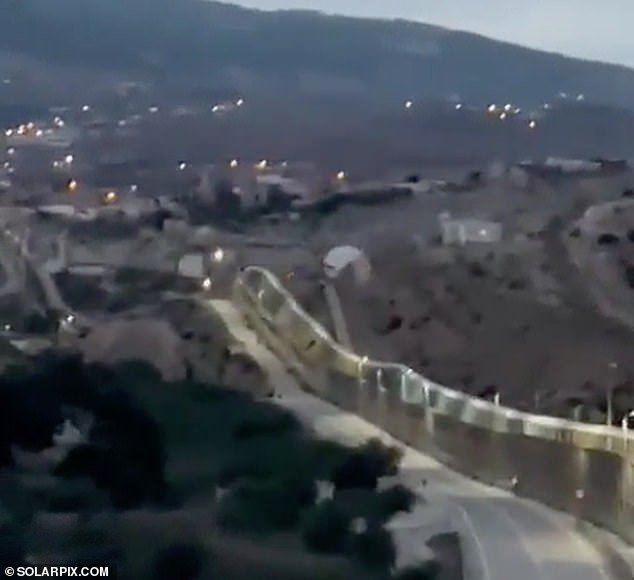 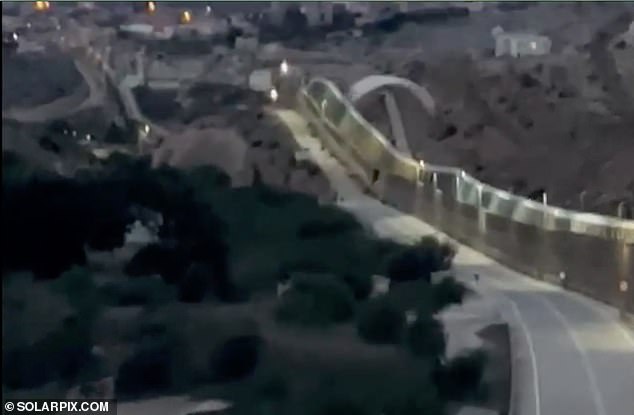 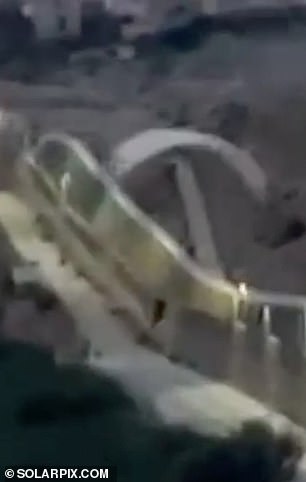 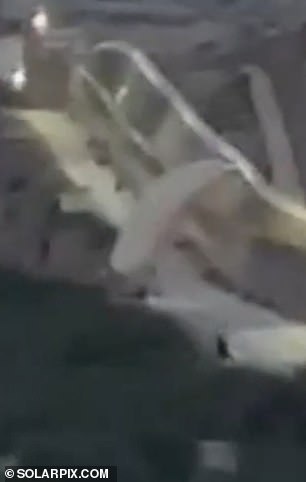 The migrant landed at around 6.15pm where the border fence between Melilla and Morocco crosses the Nano river. The identify of the daring migrant and his nationality is not yet known

The historic crossing occurred yesterday evening at around 6.15pm where the border fence between Melilla and Morocco crosses the Nano river.

It was the same spot where around 150 migrants stormed the border fence in January last year, with nearly 90 managing to cross into the Spanish enclave.

‘What a rough landing he’s just had.’

The other man with him replies: ‘Call the Civil Guard.’

Local officials confirmed yesterday evening it was the first documented case of someone paragliding into Melilla.

The identify of the daring migrant and his nationality is not yet known. 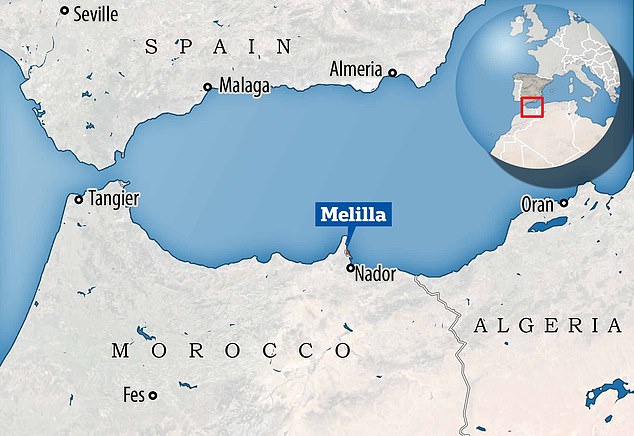 Melilla, the autonomous city and Spanish enclave within Morocco in North Africa, a special member state territories of the European Union, is pictured

The historic crossing is also being reported locally as the first-known entry into Melilla from Morocco of an undocumented migrant since June 24.

At least 24 people died that day after a human stampede as they tried to scale the heavily-fortified border fence. Human rights groups say 70 involved in the incident remain missing.

Spain’s interior minister Fernando Grande-Marlaska has come under pressure to resign after an investigative documentary claiming some deaths had occurred on Spanish territory.

He insisted in the Spanish Parliament on Wednesday no deaths had been recorded on its territory, saying: ‘I have said it before and I will say it again: we are talking about tragic events that took place outside our country.’

Many undocumented migrants who reach Melilla come from as far afield as Sudan and use it as a stepping stone to get to the European mainland after being transferred from crowded temporary stay centres. 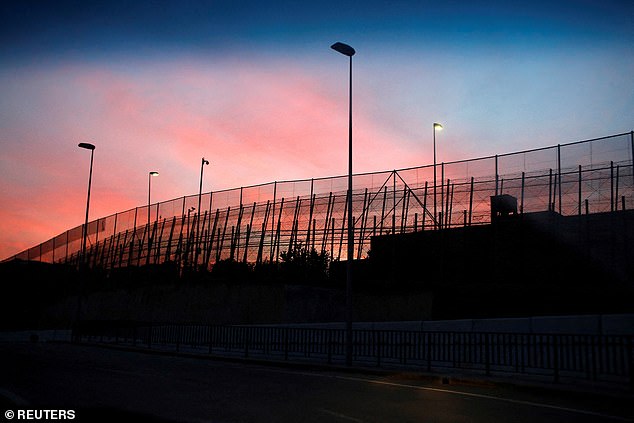 The border fence between Morocco and Spain’s north African enclave Melilla is seen along a road. Many undocumented migrants who reach Melilla come from as far afield as Sudan and use it as a stepping stone to get to the European mainland

The heavily-guarded Melilla-Morocco border is one of only two land borders between the EU and an African country. The other is Ceuta which is also a Spanish enclave.

The two parallel border fences in Melilla by the road the paraglider was filmed crossing are between 20 and 32 feet high and 7.5 miles long.

Previous attempts by migrants to get into the Spanish enclave have seen them hide inside car bumpers and specially-adapted spaces under passenger seats of vehicles.

They have also risked their lives by using lorry tyres to try to cross by sea.

Earlier this week Spanish coastguards rescued three men who survived 11 days on the rudder of a ship travelling from Nigeria.

They were taken to hospital after the Althini II reached the Gran Canaria capital Las Palmas and have now claimed political asylum after being released from a medical centre following treatment for hypothermia.