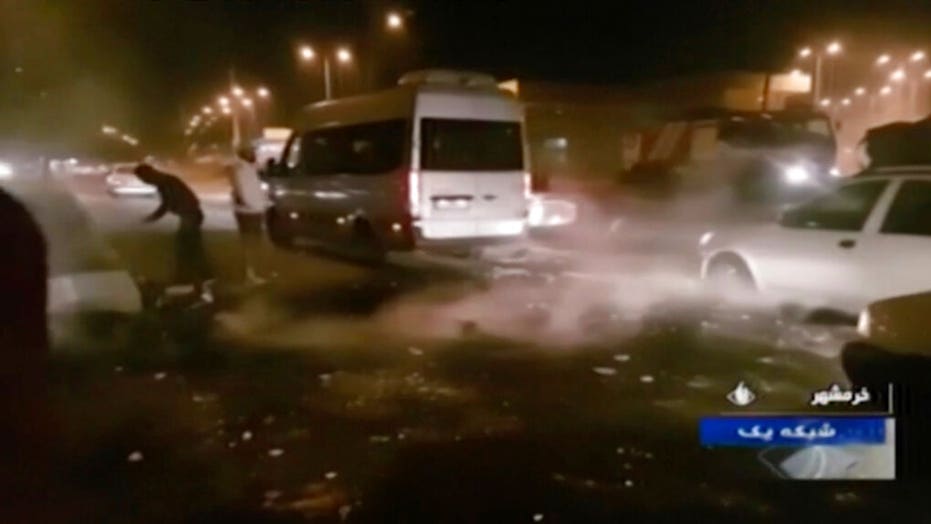 At least one person was killed in the central Iran city of Sirjan Saturday amid violent protests following the theocratic government's announcement that it would raise gas prices by 50 percent to fund handouts for the country's poor.

Protestors flocked to the streets in more than a dozen cities after Iranian President Hassan Rouhani announced the price increase at midnight Thursday. Demonstrators abandoned cars in traffic and blocked streets in major cities, even as the first snowfall of the season persisted.

QATAR HAD PRIOR KNOWLEDGE OF IRAN ATTACK ON VESSELS, FAILED TO TELL ALLIES: REPORT

Civilians clashed with police, as authorities used tear gas to quell angry mobs who attempted to set fire to an oil depot in Sirjan. Online videos circulating on Iranian social media seemed to show a fire at the depot as sirens wailed in the background. Another showed a large crowd shouting: “Rouhani, shame on you! Leave the country alone!” 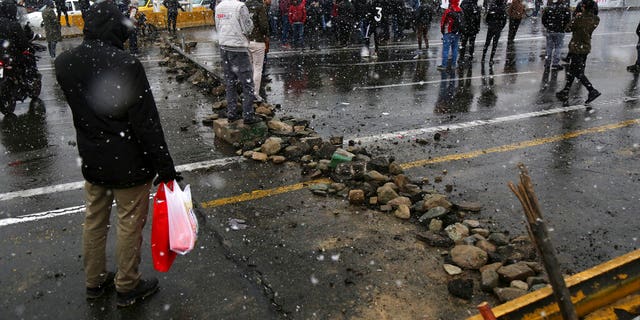 A road is blocked by protesters in Tehran Saturday. (Majid Khahi/ISNA via AP)

“They insisted on reaching the oil depot and creating crises,” Mahmoudabadi said. 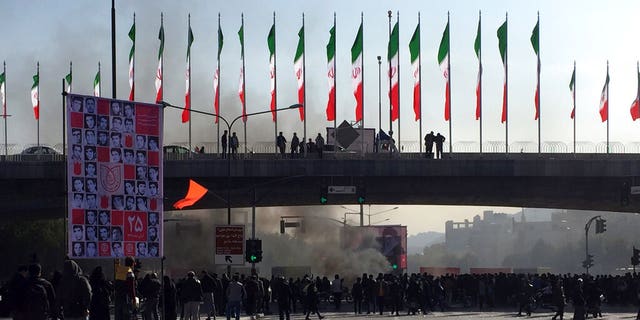 Smoke rises during a protest in the city of Isfahan Saturday. (AP Photo)

The protests only add to the turmoil Iran's government faces as it struggles to overcome hefty U.S. sanctions following Washington's withdrawal from the 2015 nuclear deal last year. Since then, tensions between the two nations have only intensified, especially in the wake of reports that Iran has been slowly violating its provisions to pressure other nations to provide more incentives.

Iran has the world’s fourth-largest crude oil reserves and cheapest gas prices as well. The recent price increase saw gas climb to a minimum of 15,000 rials per liter of gas — 50 percent up from the day before, which amounts to 13 cents a liter, or about 50 cents a gallon. A gallon of regular gasoline in the U.S. costs $2.60 by comparison.