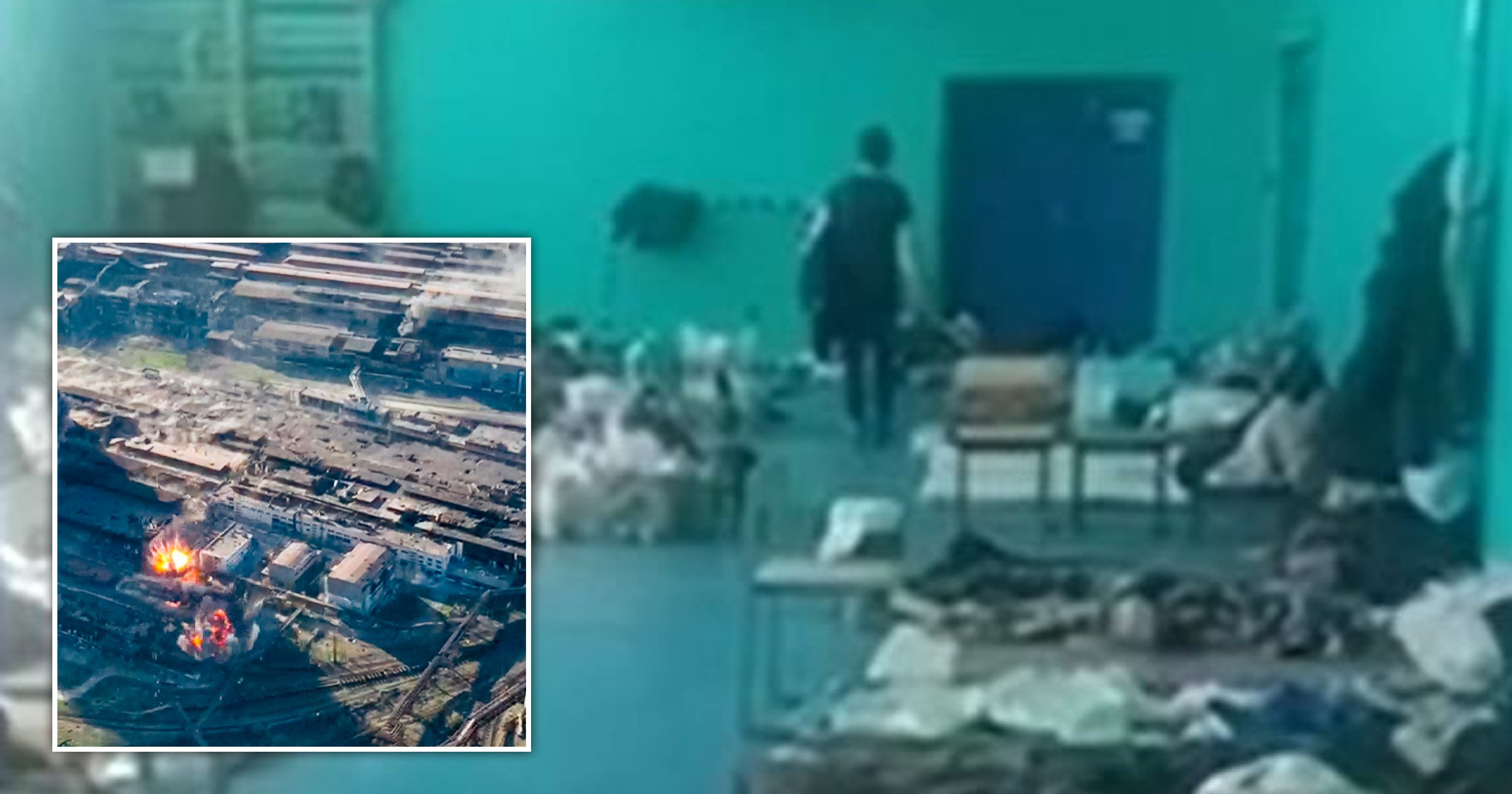 More than one million Ukrainians have been forcibly deported by Vladimir Putin’s forces and put in so-called ‘filtration’ camps, it has been reported.

Three clips released on the Telegram messaging app claim to show the inside of such a camp – blasted as a ‘new page in Russia’s military crimes’.

According to an accompanying post, men were forcibly taken from the port city of Mariupol and placed in a school in the village of Bezimenne, some 20 miles away.

‘Almost four weeks ago, the occupiers forcibly removed all men from the Guglino, Myrnyi, and Volonterivka districts,’ the post read.

‘About 2,000 people were placed in the villages Bezimenne and Cossack, in the Novoazovsk district.

‘No personal belongings were allowed to be taken, passports and documents were confiscated for identification.

‘Conditions of detention are terrible – people are forced to sleep on the floor in the corridors. Medical assistance is not provided.

‘The first case of tuberculosis was recorded among people at the school in Bezimenne.

‘As a result of which the school gym was turned into an isolation ward where a large number of people were locked up without medical care.’

In the footage, people can be seen sleeping in former classrooms, on top of desks.

Metro.co.uk was unable to verify the claims but Pentagon spokesperson John Kirby said the US has seen indications of Ukrainians being taken against their will.

He called these actions ‘unconscionable’ and ‘not the behavior of a responsible power.’

One victim is believed to be military doctor Victoria Obidina, who was snatched by Russian troops during an evacuation mission from the Azovstal plant on Sunday, the Daily Mail reported.

Her four-year-old daughter Alice, who is said to be safe now and being looked after by a family from Zaporizhzhia, was found traveling alone on a bus from Mariupol.

Little Alice was previously shown in a video from the steel plant, saying she misses her grandmother and that all she wants is to be evacuated.

According to the controversial Azov Regiment, Ms Obidina is kept in a filtration camp on the territory of the so-called Donetsk People’s Republic.

Last month, president Volodymyr Zelensky said that thousands of Ukrainians had been sent to Russian territory but that figure has skyrocketed since then.

Ukraine’s ombudswoman Lyudmyla Denisova said the Kremlin had been preparing for forced deportations before the invasion began.

‘We have evidence that forced deportation was prepared in advance. There are facts that confirm that Russia had directives for their constituencies – how much and where will they bring Ukrainians.’

Ms Denisova’s comments come as the last remaining Ukrainian fighters are holding out in the steel plant in Mariupol where some 1,000 people are believed to be sheltering.