MOGADISHU (Reuters) – At least 90 people were killed and dozens were wounded when a bomb-laden vehicle exploded at a bustling checkpoint in the Somali capital Mogadishu on Saturday, an international organization working in the country said, in one of the most deadly recent attacks.

Rescuers carried bodies past the twisted wreckage of a vehicle and a minibus taxi smeared with blood.

Al Qaeda-linked Islamist group al Shabaab regularly carries out such attacks in an attempt to undermine the government, which is backed by the United Nations and African Union troops.

The most deadly attack blamed on the group was in October 2017 when a bomb-laden truck exploded next to a fuel tanker in Mogadishu, creating a storm of fire that killed nearly 600 people.

While al Shabaab carries out frequent attacks, the death tolls are often lower than in Saturday’s blast. The group has sometimes not claimed responsibility for attacks that sparked a big public backlash, such as a 2009 suicide bombing of a graduation ceremony for medical students.

Three witnesses told Reuters that a small team of Turkish engineers were present at the time of the blast at the Ex-Control checkpoint, constructing a road from the checkpoint into the city.

A car belonging to the engineers was destroyed instantly in the blast, the witnesses said.

Many of the dead were “students with ambition, and hardworking men and women”, he wrote.

Turkey’s foreign ministry confirmed the death of two of its nationals.

Turkey has been a major donor to Somalia since a famine in 2011, and together with the government of Qatar is funding a number of infrastructure and medical projects in the country. In 2017, Turkey opened a military base in Mogadishu to train Somali soldiers.

The checkpoint is also a tax collection point for the government, Ali Abdi Ali Hoshow, a foreign affairs ministry official, said on Twitter. 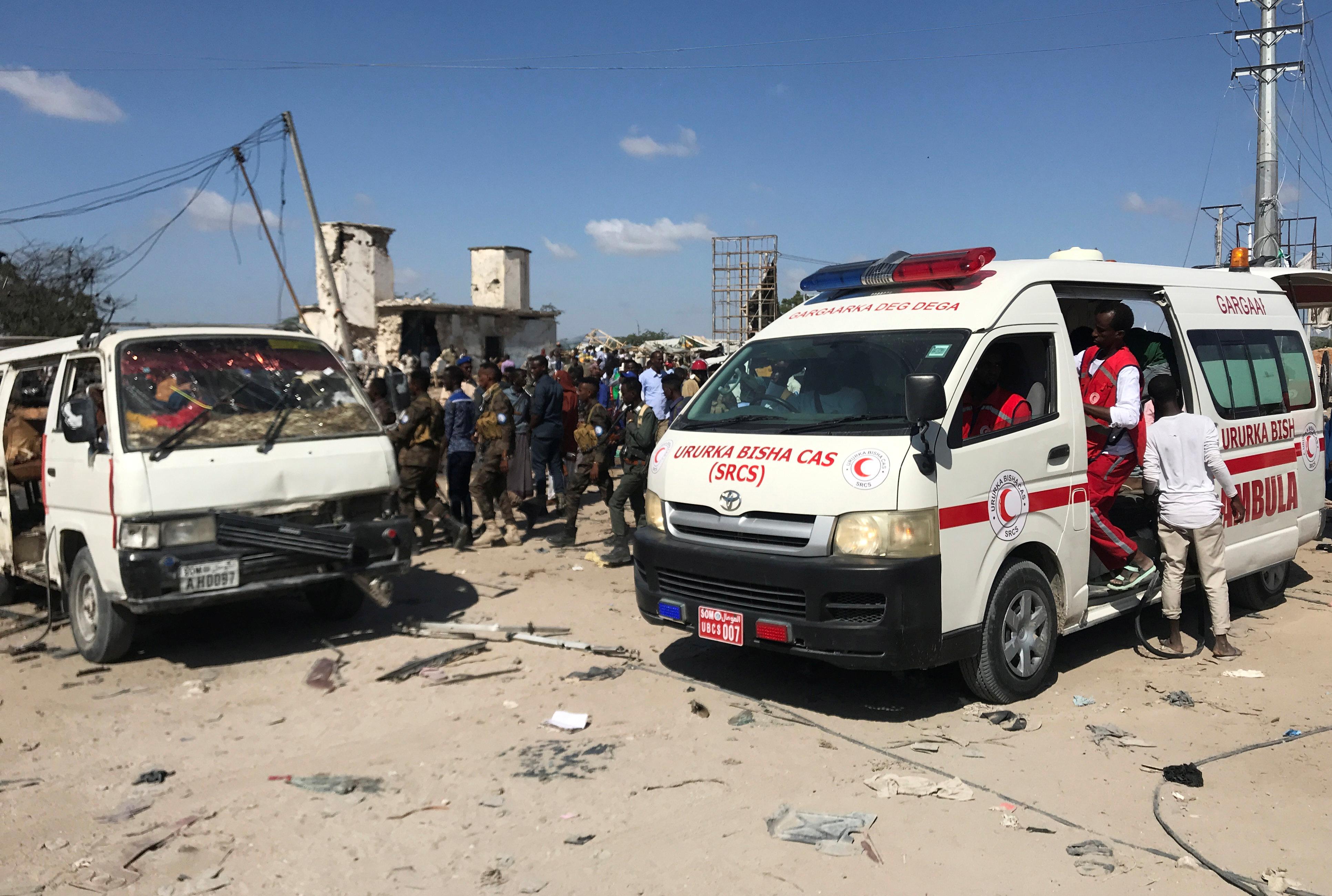 After the explosion, 55-year-old Sabdow Ali, who lives nearby, said he left his house and counted at least 13 people dead.

“Dozens of injured people were screaming for help but the police immediately opened fire and I rushed back to my house,” he told Reuters.

The injured were transported to Medina Hospital, where a Reuters witness saw dozens arriving by ambulance. A nurse at the hospital, speaking on condition of anonymity, said the facility had received more than 100 wounded people.

Relatives gathered at the hospital, weeping outside the entrance as they sought information on their loved ones.

Speaking to reporters at the blast site, Mogadishu Mayor Omar Muhamoud said the government confirmed at least 90 civilians, mostly students, had been injured.

Police officials were not immediately available for comment on casualty numbers.

The Horn of Africa country has been riven by conflict since 1991, when clan warlords overthrew dictator Siad Barre and then turned on each other.

Al Shabaab grew out of a political movement that used Islamic courts to try to impose order on the country. U.S.-backed Ethiopian soldiers defeated the Islamic Courts Union in 2006, but the movement’s youth wing split off and launched an insurgency. 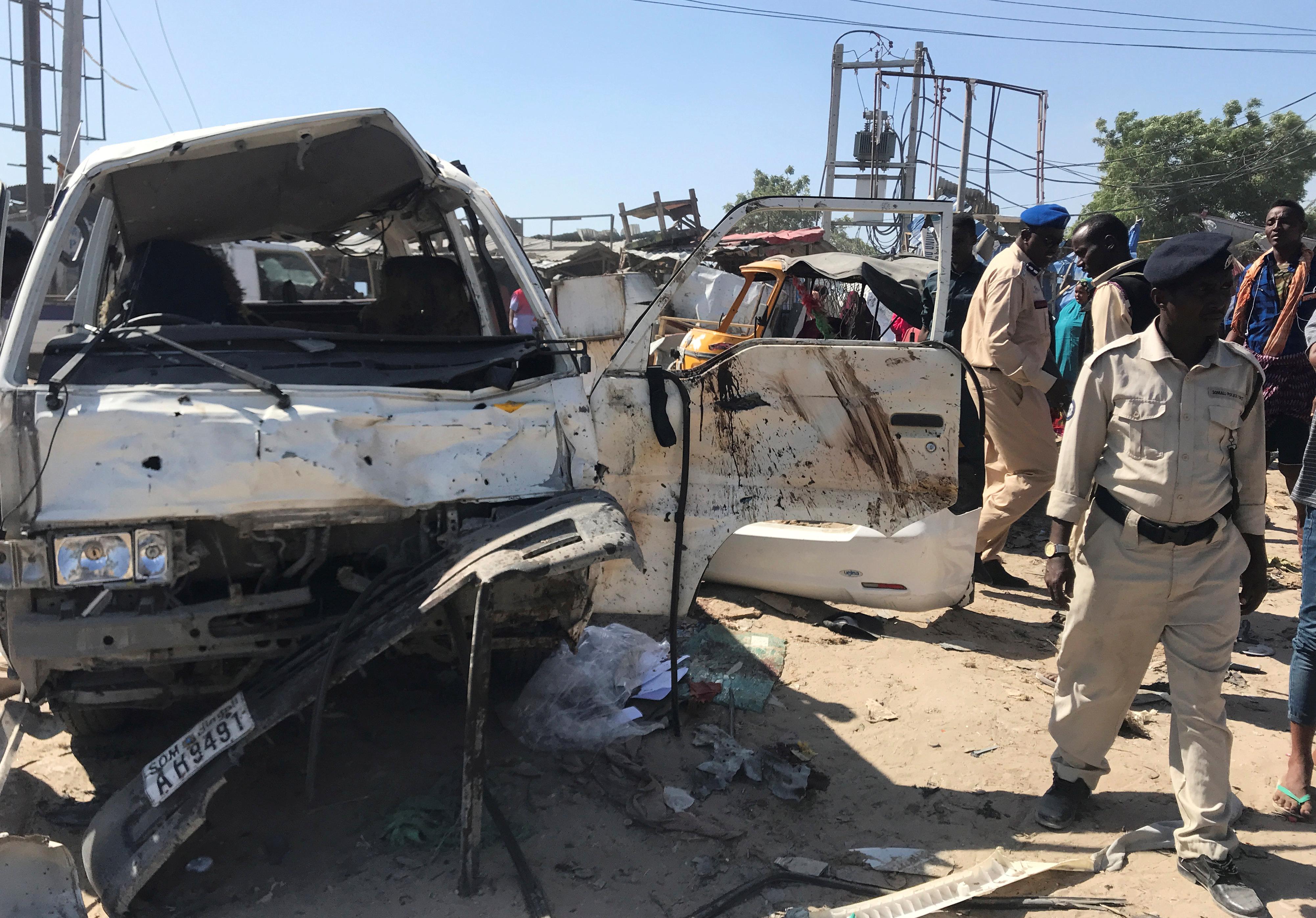 The group has also carried out attacks in east African countries such as Kenya and Uganda.

(This story corrects source for death toll in the headline).