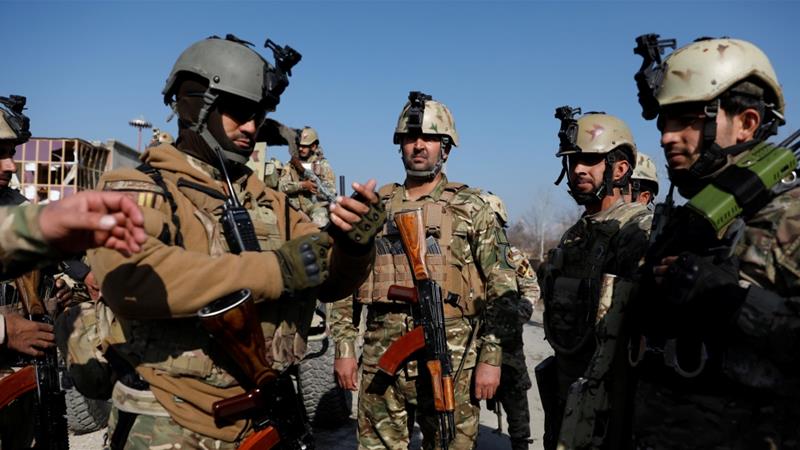 The Taliban have attacked an army checkpoint in northern Afghanistan, killing at least seven Afghan soldiers, according to the defence ministry and the armed group.

The ministry said “terrorists” attacked a joint military base on Tuesday morning in the Dawlat Abad district of Balkh province near the border with Uzbekistan.

The base was shared between the army and the National Directorate of Security, Afghanistan’s secretive intelligence agency.

“As a result of this attack, seven Afghan army soldiers died and three others were wounded. Meanwhile, in this attack, three NDS staff were also injured,” the defence ministry said in a statement.

Zabihullah Mujahid, Taliban spokesman, said 20 soldiers had been killed in the attack, including a commander.

“Six soldiers were wounded and four arrested. The base was captured,” Mujahid wrote on Twitter.

The attack comes one day after the Taliban claimed responsibility for the death of a US soldier in Kunduz province, which is also in the north.

The Taliban said they had attacked the vehicle he was in, whereas the US military said he died when a weapons cache he had been investigating exploded.

Winter once marked a slowdown in the so-called “fighting season”, with Taliban fighters returning to their villages while snow and ice made attacks more difficult to pull off.

But in recent years, the distinction between seasons has all but vanished.

According to German intelligence officials at Camp Marmal, a German-run base outside Mazar-i-sharif in Balkh, January 2019 saw one of the highest-ever numbers of attacks in the north.

“If there is no game changer on the strategic level, it will be a ‘hot’ winter,” one official told AFP news agency.

“We are talking about two dozens of security incidents average per day” across NATO’s northern command, he added.

The German intelligence official said the number was exaggerated, with likely only “dozens” of fighters.

Still, it highlights how quickly Taliban fighters can mass and then disperse back into the local population.

“There’s fierce fighting going on all through the year, meaning that the Taliban managed to expand into some territories that haven’t been their traditional ones,” the official said.