MORONI (Reuters) – Comoros said its security forces killed at least three gunmen in a shootout at a military base in the capital on Thursday after renegade soldiers broke out of prison and the opposition announced a plan to unseat the president. 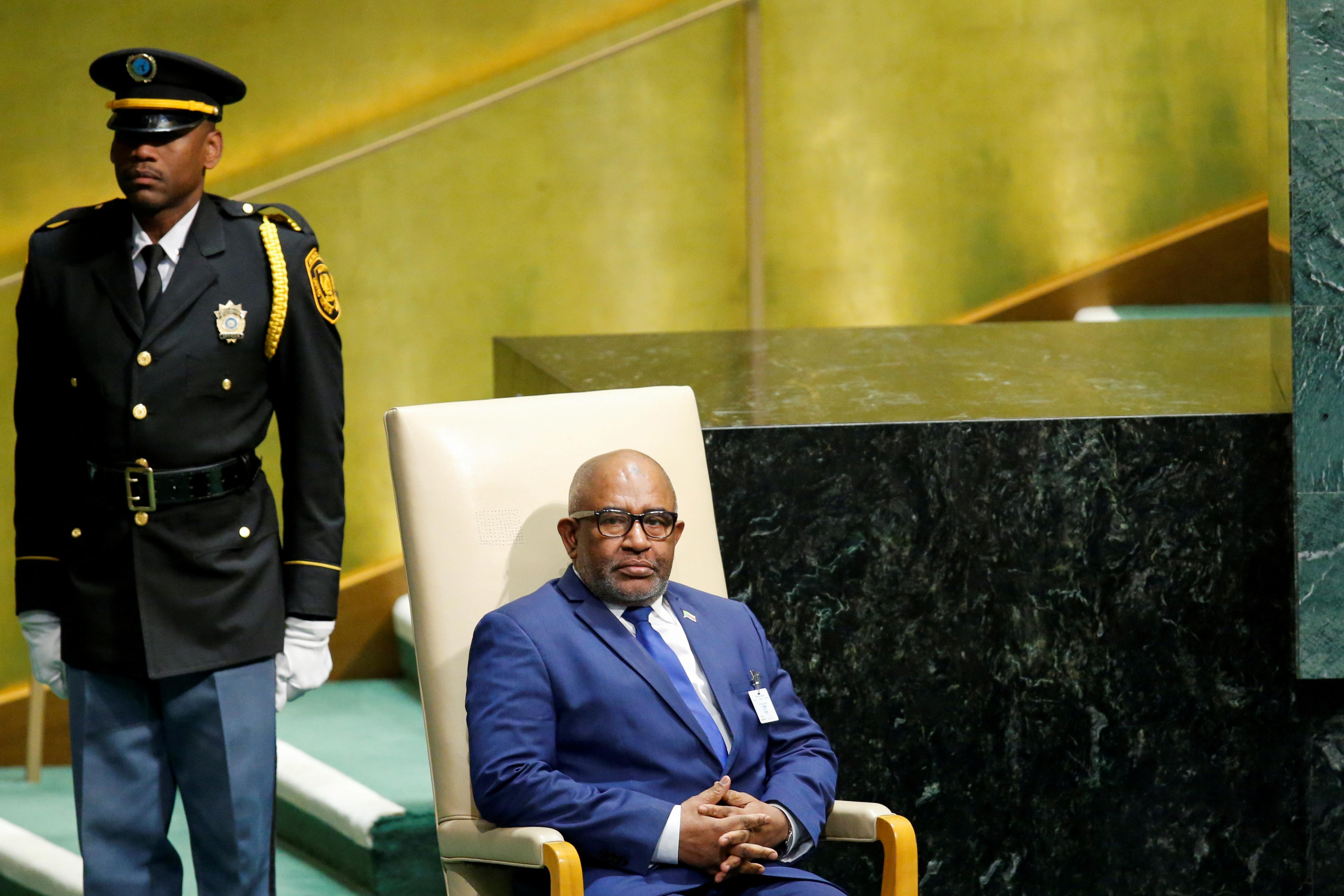 Shooting could be heard for around an hour near the main military base in the capital Moroni, hours after opposition presidential candidates announced their plan to unseat President Azali Assoumani. He was re-elected earlier this week in a vote they reject as fraudulent.

Interior Minister Mohamed Daoudou said a group of renegade soldiers who had been jailed for plotting a coup last year had escaped from prison in the morning and had gone to the army base hoping to convince other troops to back them.

Their mastermind, Fayssoil Abdoussalam, an army major, was among three who were killed in the shootout, Daoudou said. Security and military sources had earlier said four gunmen were killed.

“Fayssoil tried to rally the troops to his cause but they didn’t join him,” Daoudou told reporters, adding that the situation was under control.

The unrest prompted Washington to order all U.S. government personnel out: “The Union of the Comoros is experiencing gunfire, political unrest, and infrastructure disruptions. U.S. Government personnel have been ordered to depart the country,” the State Department’s Bureau of Diplomatic Security said.

Assoumani was declared the winner in Sunday’s election with more than 60 percent of the vote, enough to avoid a second-round run-off. Observers from African monitoring missions have said the election lacked credibility.

Hours before Thursday’s shooting, Assoumani’s 12 opponents in the election announced they had set up a body to remove him. Their National Transition Council would be chaired by one of them, former armed forces chief of staff Mohamed Soilihi.

“The mission of the National Transitional Council is to resolve the post-election crisis, to ensure a peaceful transition, to preserve peace, stability and national cohesion in our country,” said Soilihi in a statement broadcast on private-owned radio stations and social media platforms.

A diplomatic source said Soilihi was arrested after releasing the statement.

In Soilihi’s statement, the opposition candidates set an April 3 deadline for the vote to be invalidated. Otherwise they called for civil disobedience and a general strike from April 4.

Observers from the African Union, the Common Market of Eastern and Southern Africa and the African Standby Forces of the East said Sunday’s election was riddled with irregularities that led them to conclude it lacked credibility or transparency.

Assoumani said on Tuesday that anyone wishing to contest the results should do so only via legal means.

Authorities shut down a local newspaper, La Gazette, for publishing a story about the proposed transition council.

Assoumani triggered months of protests last year by extending term limits, allowing him to stand for another consecutive term.

His decision particularly angered natives of the island of Anjouan who argue that it is their turn to hold the presidency, traditionally rotated among leaders from the three main islands of the archipelago.