Ultra-competitive aunt shows NO mercy to her nephew and niece, pushing them to the ground after they cheekily set off before ‘go’

A competitive auntie shows no mercy when it comes to racing her brother’s tots as she pushes them to the ground.

In this hilarious clip, filmed in Saltillo, Mississippi, US, the two children, who both look to be under five, start running on ‘on your marks’ completely ignoring ‘get set’ and ‘go’.

To get her revenge on her cheating nephew and niece their auntie runs quickly up behind her nephew and gently pushes his head so he falls to the ground.

The tot does not even cry but says ‘ow’ as he falls into the grass.

His auntie then races after her niece who flies to the ground after another not-so-gentle nudge.

Looking up bemused her nephew watches his sister fall to the ground and start crying while his grandma laughs and says ‘she pushed him oh no, oh no’. 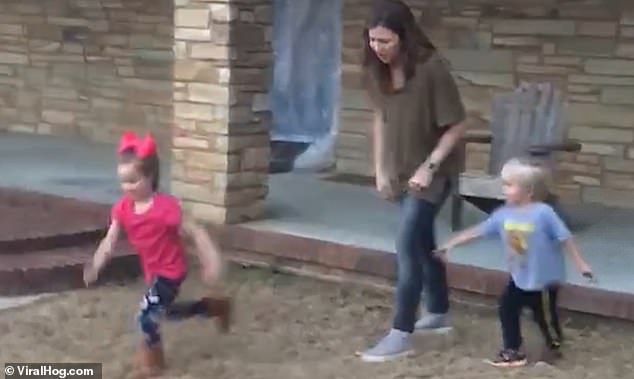 Aunt, niece and nephew line up ready to race but the children set off as their grandmas says ‘on your marks’ not waiting for ‘get set’ or ‘go’ 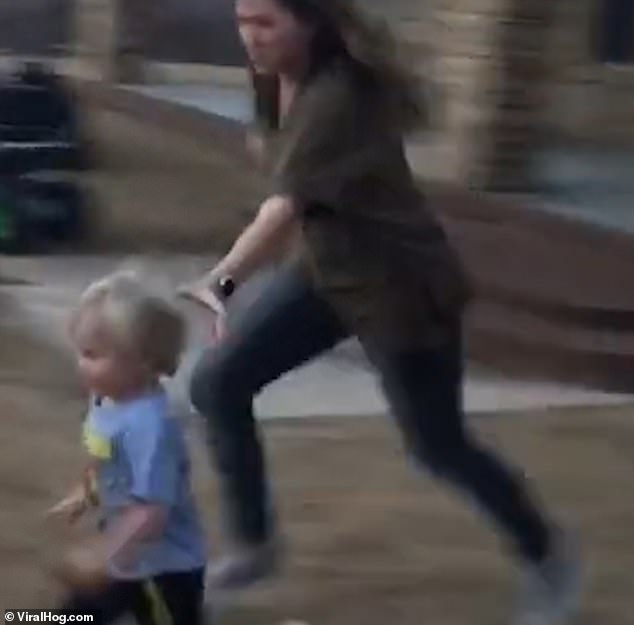 The children were having dinner with their grandma and auntie while their father was at a training camp.

And the family were outside sending the children’s father short, funny clips to keep him amused while he was away.

But he could not have expected to receive a video of his sister throwing his children to the ground in an effort to win the race. 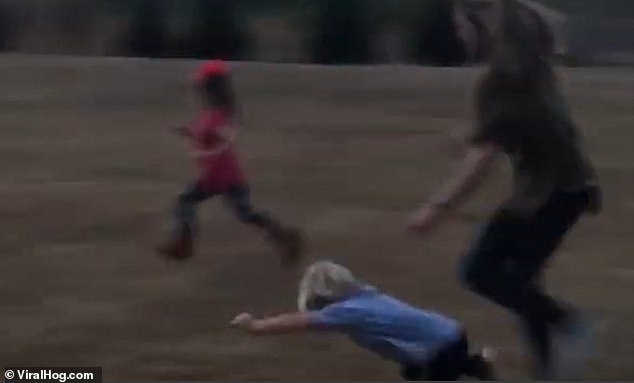 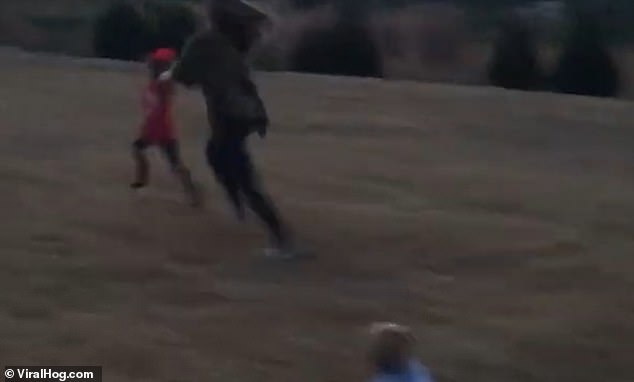 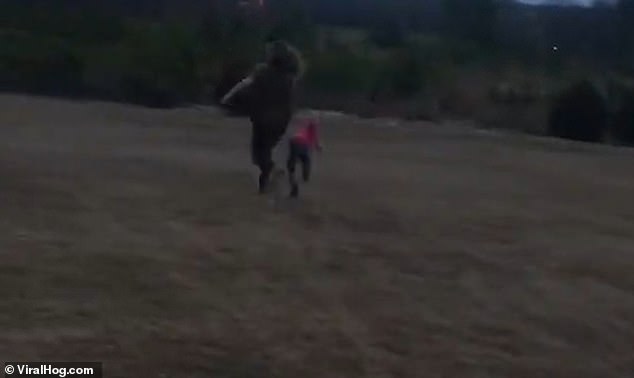 Filmed in Saltillo, Mississippi, US, the family have dinner with the children’s grandma, their father and aunty’s mother, every Wednesday but this time their father was away.

The video’s caption read: ‘Every Wednesday evening, my family has dinner at my mother’s.

‘This particular Wednesday, my brother was at a training camp, so my mother wanted to send him short, funny clips.

‘Myself, my niece and my nephew raced. Because they cheated, I jokingly pushed them.

‘Of course, my mother got it all on camera to share with my brother because we all thought it was hilarious.’ 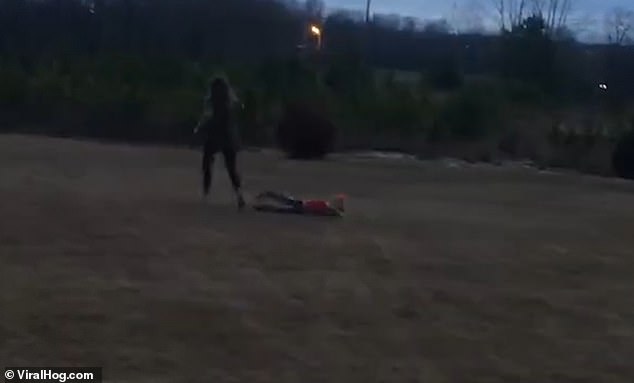