An Aussie Trump is not such a remote possibility

The rise of the "strong man" political leader continues to gather force, part of the trend to authoritarianism across the world.

Even when democracy appears to be being rescued – as in Malaysia last week – the rescuer is himself a strongman. 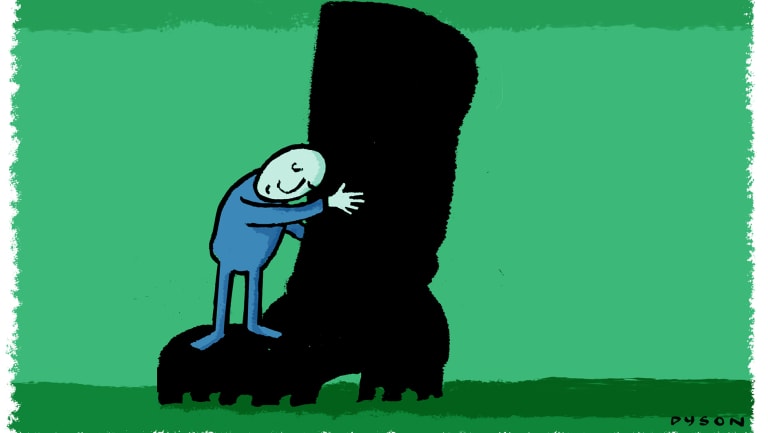 Mahathir Mohamad might have defeated the ruling United Malay Nationals Organisation for the first time since the country's independence in 1957, but Mahathir was the most important figure in entrenching its long dominance. Until he decided to end it now.

He promises to rule as a democracy-loving liberal this time. Will he? Once again, the "strong man" gets to decide.

It couldn't happen here, right? It's not possible that we might end up with a local version of America's Donald Trump or the Philippines' Rodrigo Duterte or Hungary's Viktor Orban, is it?

Think again. The veteran Labor adviser Bruce Hawker has done new research into Australia's disaffected voters. How does he define disaffected? Voters who are considering, or have already decided to, vote for someone other than one of the main parties. That's a lot of people, roughly half the total electorate, 47 per cent, on Hawker's count. 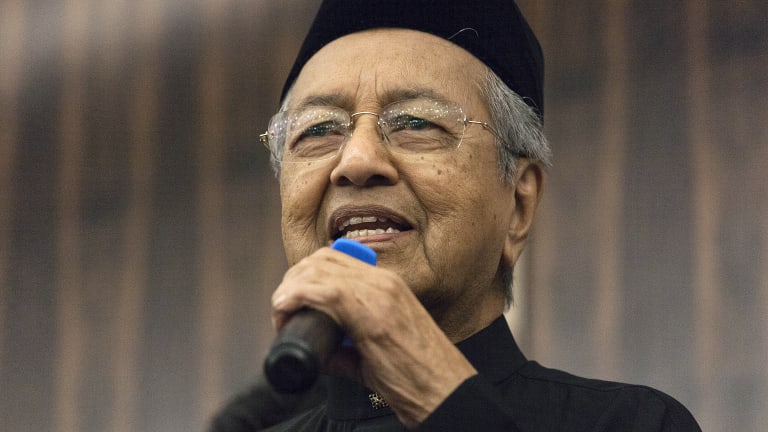 Malaysian strongman Mahathir Mohamad is back.

When he presented a sample of some 500 of them with 42 statements about their political views, by far the biggest response was to the proposition that "Australia needs a strong leader who will govern for everyone". Nine out of 10 voters – 87 per cent – agreed.

That's startling – around double the proportion who wanted more spending on health care, for instance.

And one in three of the total sample of disaffected Australian voters said that they're "prepared to weaken democracy if it means governments can get things done for me". Forty-seven per cent said that they would not.

Perhaps an Aussie Trump, Duterte or Orban is not such a remote possibility after all. According to the Sydney University political scientist John Keane, Hawker's findings have turned up in Australia the "raw material" of the new authoritarianism that is sweeping much of the world.

"If we didn't have compulsory voting, if we didn't have a two-tiered federal system and other governance checks, we'd have a full-on populist backlash going on," says Keane. "You have a rise of authoritarian politics inside democracies."

Because although these "strong man" leaders are from different continents with different traditions and different circumstances, the new authoritarians have a lot in common.

With each other, but also with Russia's Vladimir Putin, China's Xi Jinping, Turkey's Recep Tayyip Erdogan, Egypt's Abdel Fattah el-Sisi, India's Narendra Modi, Myanmar's generals and Poland's Jarosław Kaczyński. There are great differences of degree, according to what they can get away with, but not differences in tendency.

John Keane's project on what he calls the "new despotism" features the essential elements of despotic regimes, but the "strong man" leaders in democracies share their urges and many of their behaviours. Here are the top eight on Keane's checklist.

First, all these "strong man" leaders with authoritarian tendencies claim to rule in the name of "the people". They claim no other mandate – not divine rule, not any ideology, but the people as the source of their power.

Second, they hold elections accordingly, seeking to demonstrate the truth of their claim. Even China claims to operate an electoral democracy through the People's Congress processes. Of course, these leaders don't believe in free or fair elections, only in elections that produce the right outcome. They bend, break or redefine the rules as needed. 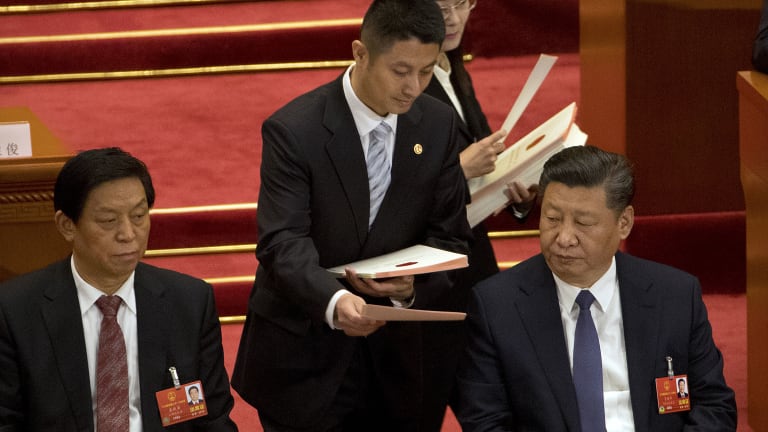 China’s National People’s Congress is a rubber stamp, not a genuine democratic body.

"The law," says Keane, "provides a phantom rule of law rather than the substance of it."Next, "they are regimes that target violence against their opponents, and camouflage it", says Keane. They are not "regimes of fear" like those of Pol Pot's Cambodia or Hitler's Germany – they send their leather-jacketed thugs against their political opponents, not the broad mass of the people.

Fifth – all the authoritarian regimes operate networks of patron-client relationships "that bind people together in patterns of dependence – businesspeople deeply implicated in government, and government deeply implicated in business". Keane describes this mutual back-scratching as "a very important stabilising device, it glues these regimes together".

Sixth, they all operate forms of plutocracy, with tremendous concentrations of wealth at the top.Seventh, "all have a middle class that tends to remain loyal to the leaders".

Eighth, "they are not tin pot regimes with crude manipulation of the press and heavy-handed censorship," says Keane. They are more modern and more subtle in their management of information and sentiment, "state of the art censorship", he calls it.

The authoritarians saturate social media with their own interpretations of events, as well as feeding into traditional media outlets, creating simulated debates that serve their own purposes. "They allow spaces for dissent, especially on the internet, because it serves as an early warning detector for trouble coming."

Despots already employ all eight of these characteristics – authoritarians inside democracies work towards employing them as and when they can get away with it.

It's troubling that Hawker's research finds so much "raw material" for an Australian authoritaranism as a way of breaking through popular frustrations. All of that has developed without any obvious "strong man" on the horizon to stir it up and exploit it. But, of course, it could turn out to be a "strong woman".