We have made our live coverage of the coronavirus pandemic free for all readers. Please consider supporting our journalism with a subscription.

No leads, no suspects but WA community still searching for answers in Cleo Smith case

Six days since Cleo Smith disappeared from her family’s tent there are few leads, no suspects and no sign of where she went.

But 75 kilometres south in Carnarvon, where the four-year old is from in regional WA, Cleo is everywhere. 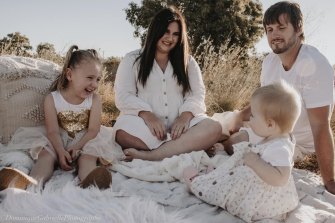 In a fishing town devastated by the case, missing persons posters are in every shopfront. Corflutes and bumper stickers have been printed by a local signwriter who, like many in the close-knit community, is doing anything they can to help.

It would be difficult for other children who attend St Mary’s Star of the Sea Catholic School, where Cleo was a student, to get around town without seeing one of the posters.

The ordeal has been a living nightmare for Cleo’s mum Ellie and step-dad Jake Gliddon, who have remained at the Blowholes campsite where their daughter went missing from.

Children attending schools and early learning centres do not drive the transmission of COVID-19 through the community, even though the Delta variant is five times more infectious among the young than previous strains.

Analysis of coronavirus cases in schools and early learning centres by the Murdoch Children’s Research Institute has found the Delta variant has mostly spread from adult to adult, less frequently from adult to child and is only rarely transmitted between children. 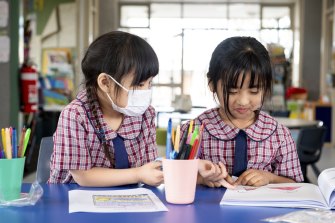 Prep students Aeyana, 6, and Nancy, 5, on their first day back at Resurrection Catholic Primary School in Kings Park on Monday. Credit:Penny Stephens

The institute’s finding is based on analysis of COVID-19 cases in 51 schools and early learning centres in NSW between June 16 and July 31, a period when daily infections surged from as few as one a day to about 200.

The institute’s Professor Fiona Russell said the findings were good news for Victorians as the state’s children progressively return to face-to-face learning. Young Melburnians in grades one and two return to the classroom from this morning.

All year levels at all schools are due back for the first time on November 5.

Former NSW premier Mike Baird says he was “incredulous” to learn his close friend and colleague Gladys Berejiklian had a five-year secret relationship with disgraced former MP Daryl Maguire, telling a corruption inquiry it should have been disclosed.

Mr Baird yesterday told the Independent Commission Against Corruption the relationship between the two Liberal MPs “should have been disclosed” to him as the premier. 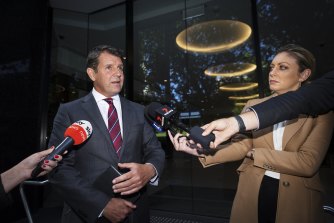 “Executing public function in the context of potential private interest, I think in terms of good practice it should be disclosed,” he said, adding Ms Berejiklian never appeared to show bias or partiality toward Mr Maguire.

Ms Berejiklian is yet to give evidence but has vehemently denied any allegations of wrongdoing.

Booster shots are likely to be administered six months after people’s second dose of COVID-19 vaccine, making hundreds of thousands of Australian aged care residents and high-risk workers the first in line to get the jab.

Aged care residents, frontline health and quarantine workers were among the first in the country to receive their vaccines in the rollout, which began in late February, but a widespread booster program is yet to be approved as millions of vaccines sit unused in clinics and freezers across the country. 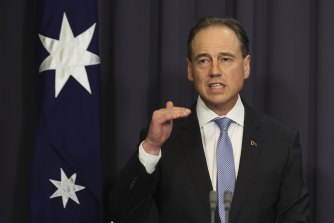 Health Minister Greg Hunt expects a booster shot program will begin before the end of the year.Credit:Alex Ellinghausen

Australia has started moving into phase B of the COVID-19 recovery plan after the country reached the 70 per cent double vaccinated milestone, and Health Minister Greg Hunt said more than 33 million vaccines have been administered to date.

The booster program depends on the Therapeutic Goods Administration approving Pfizer for that use, and advice from the Australian Technical Advisory Group on Immunisation, but Mr Hunt said the regulator was in “advanced consideration” and is expected to make a decision soon.

Good morning and thanks for reading our live coverage.

It’s Thursday, October 21. I’m Broede Carmody and I’ll bring you some of today’s biggest stories as they unfold.

Here’s everything you need to know before we get started.