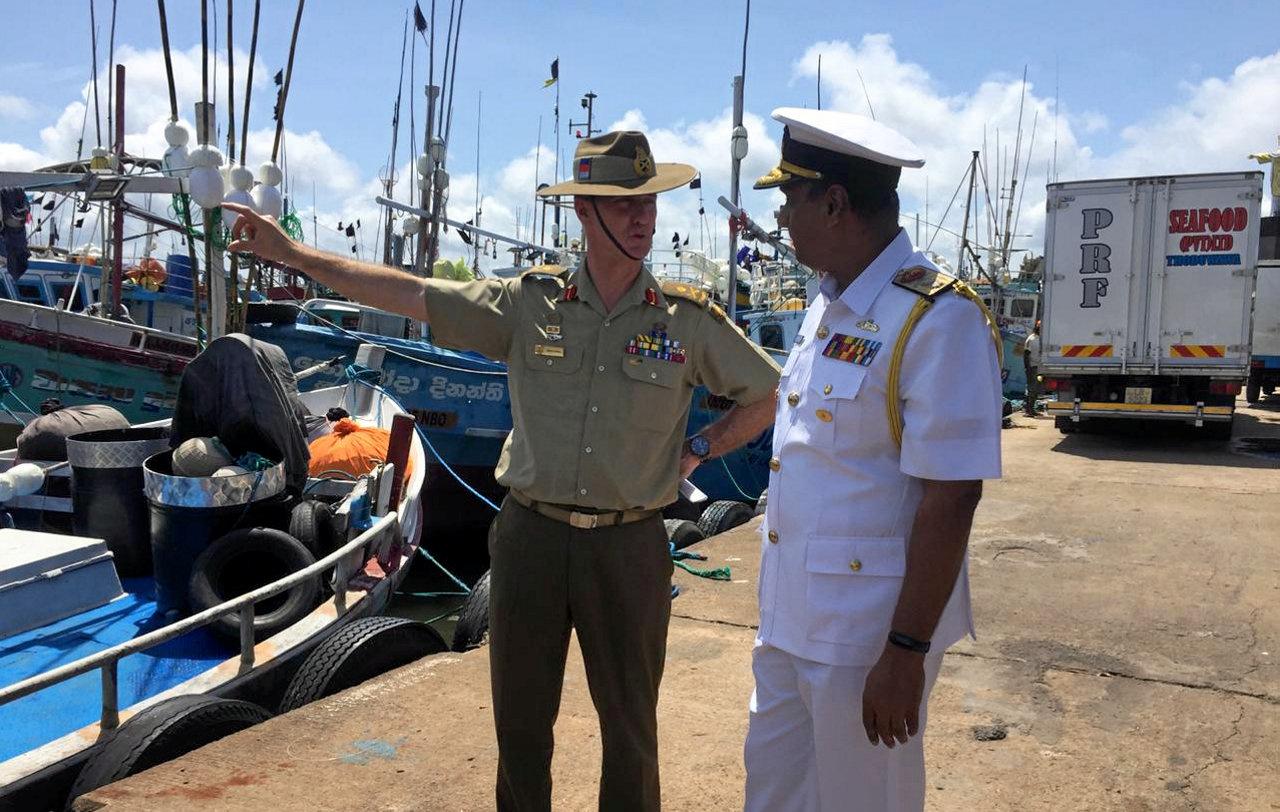 NEGOMBO, Sri Lanka (Reuters) – The number of Sri Lankans trying to enter Australia illegally by sea is rising, an Australian general said on Tuesday, a day after Canberra said it had intercepted a 13th boat carrying asylum seekers from the Indian Ocean island.

The increase could be linked to the Easter bombings on hotels and churches in Sri Lanka, said Craig Furini, the chief of Operation Sovereign Borders, that killed hundreds of people and sowed fear on the island.

“There has been a slight increase recently,” Furini told reporters in the coastal town of Negombo from where many migrants are believed to have boarded boats.

“Obviously, the tragic Easter bombings here may have played an effect, but also a whole bunch of unknowns as to why people would be seeking to come to Australia illegally by boat,” he added.

The boat carrying 13 people was intercepted off the Cocos Islands, a remote Australian territory in the Indian Ocean. It was the 13th boat from Sri Lanka attempting to travel to Australia to seek asylum in the past 18 months.

Under Canberra’s hardline immigration policy, would-be asylum-seekers intercepted at sea while trying to reach Australia are returned to the boat’s country of origin.

Asylum-seekers who reach Australia are sent to Australian-run detention camps in Papua New Guinea and the South Pacific island of Nauru, where they are held in conditions widely criticized by organizations such as the United Nations.

“Australia’s boarder protection policies remain strong and unchanged and we want Sri Lankans to know the truth about this and encourage the communities to get this message out,” Furini said.