His comments come in the wake of a near collision between a US and Chinese warship in the South China Sea. Defence Minister Christopher Pyne said Australia viewed "any use of intimidation or aggressive tactics as destabilising and potentially dangerous". 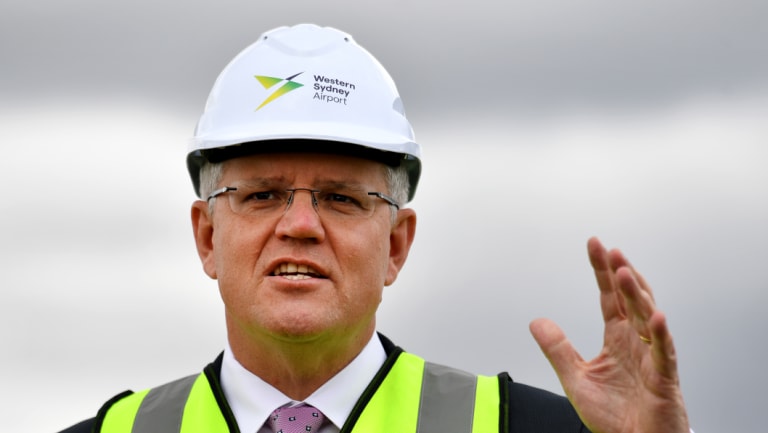 Mr Morrison said in a radio interview on Wednesday that Australia has "very strong relationships with both the United States and with China". But it also worked closely with defence partners in the region.

"Cool heads engaging with everybody in a very calm way and ensuring that we’re working for the best strategic outcomes of everyone involved here, but also most importantly, the national interest of Australia," he said.

The United States conducts frequent freedom of navigation patrols (FONOPs) inside the 12-nautical-mile zone of disputed islands in the South China Sea, which are routinely challenged by the Chinese navy as an infringement of China's sovereignty – but photographs released on social media showed how close Sunday's incident came to collision. 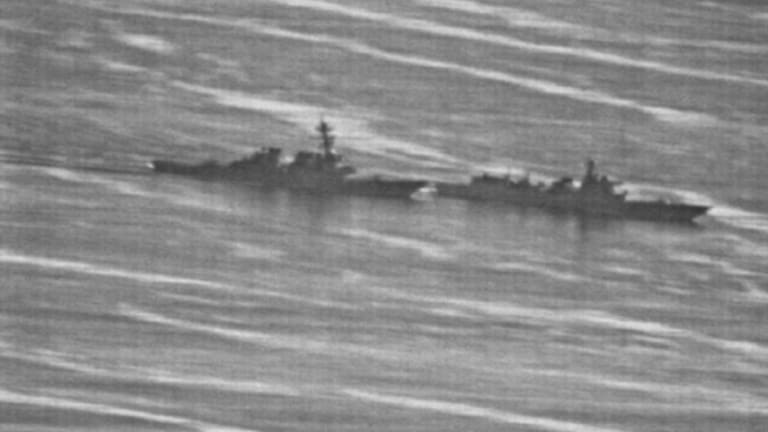 US Navy photo showing a confrontation between the USS Decatur (left) and PRC Warship 170 (right) in the South China Sea on Sunday.

The Trump administration's top diplomat, US Secretary of State Mike Pompeo, will visit Beijing next week amid rising trade and military tensions with China.

The visit was announced on Wednesday, two days after China cancelled a scheduled visit by US Defence Secretary Jim Mattis.

Mr Pompeo will briefly visit Beijing on October 8, to discuss "bilateral, global and regional issues" with his counterparts, after visiting Japan, North Korea and South Korea, a US State Department spokeswoman said.

DFAT Secretary Frances Adamson in a speech on Tuesday night restated a more careful approach to China by the Morrison government.

Maritime security, including the freedom of navigation, were "essential to safeguard the key trade routes on which Australia relies" she said.

Ms Adamson also said Australia's relationship with China was "one of our most consequential", and the government was "confident of building a durable partnership founded on our shared interests and mutual respect".

But she noted "the relationship between China and the United States is the most significant for the future, and its condition will colour the regional strategic landscape". 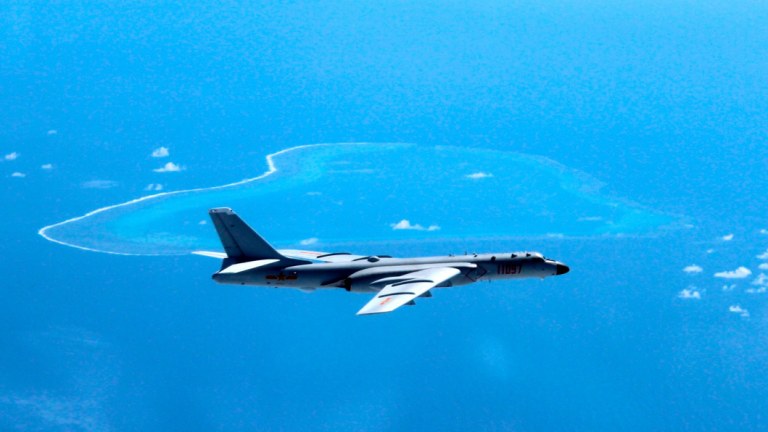 A Chinese H-6K bomber patrols the islands and reefs in the South China Sea.

Competition between China and the US was inevitable, but Australia also saw space for cooperation, she said.

Bonnie Glaser, director of the China Power Project at the Center for Strategic and International Studies, said the warship incident took place around Gaven and Johnson reefs during an "innocent passage" operation by USS Decatur.

"My conclusion is that China's aggressive response to this FONOP was therefore part of the larger strategic friction in the bilateral relationship, not simply a push back against the US Navy ship sailing close to Chinese-occupied islands in the Spratlys," she said.

Lowy Institute senior fellow Euan Graham said that photographs of the incident appeared to show the encounter between the two ships was "very close indeed with some potential for collision".

"Worryingly, it also appears to signal an escalation in how China plans to respond to FONOPs in the South China Sea by the US and its allies, who have also lately stepped up their presence in the strategic waterway," he said.

Britain sailed the HMS Albion close to two South China Sea islands in September and was met with a Chinese frigate and two helicopters, but both sides reportedly remained calm and the British warship didn't cross the 12 nautical mile boundary.

The US accused China’s navy of “unsafe and unprofessional” conduct in the incident on Sunday.

The Chinese Foreign Ministry said the US should stop "provocative actions".

A 2016 Hague Tribunal ruling dismissed China's territorial claims over large sections of the South China Sea. China has ignored the ruling and militarised some islands, but is seeking to draw up a code of conduct with ASEAN nations.

“Australia has consistently expressed concern over ongoing militarisation of the South China Sea and we continue to urge all claimants to refrain from unilateral actions that would increase tension in the region," Mr Pyne said.