An Australian soldier's rescue from a New Zealand mountain is thought to have cost local taxpayers at least $NZ150,000 ($136,000) and 500 volunteer hours.

Terry Harch was hospitalised last week with mild frostbite after spending three days trapped alone on Mount Aspiring in the South Island national park, and then another night with rescuers. 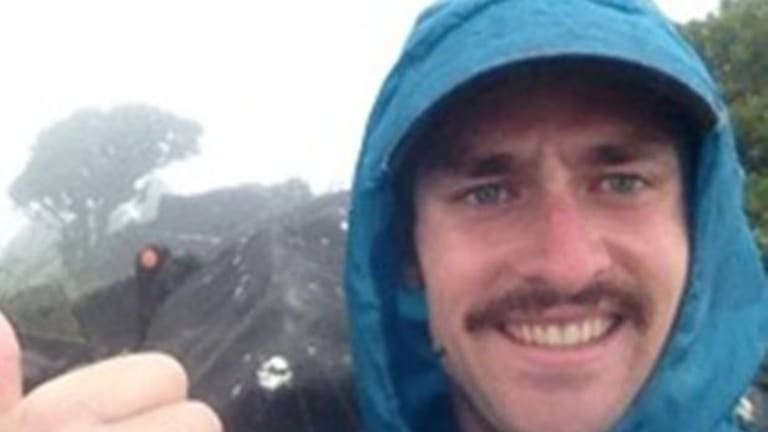 Australian soldier Terry Harch, found after surviving in freezing conditions on Mount Aspiring, has been rescued.

It is not the first time Mr Harch has been saved from a mountain in the Southern Alps. In 2013, he and a friend were rescued from New Zealand's second highest mountain, Mount Tasman.

In both cases daring helicopter rescues were required to save him after he became trapped on a mountainside in deteriorating weather.

He is also known to have successfully reached the summit of Mount Cook in 2011 and 2014.

Confirmed costs for last week's rescue are not yet available, but it is understood the two Squirrel helicopters used by Aspiring Helicopters were charged out at about $NZ3000 an hour. The larger helicopter, owned by Southern Lakes Helicopters, cost about $NZ5000 an hour. 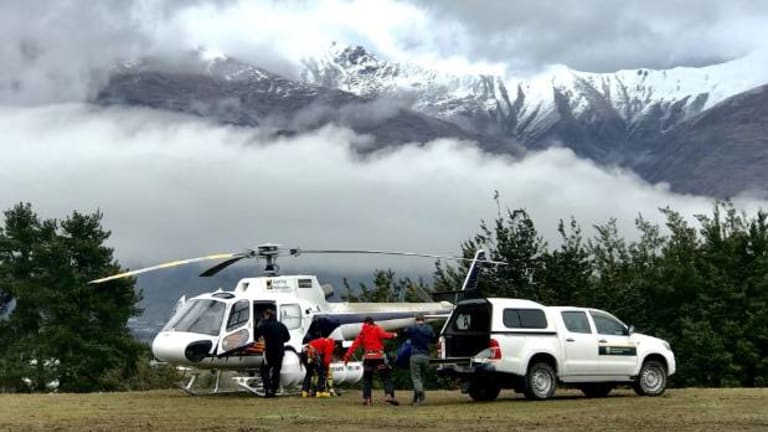 Helicopters on the ground in Wanaka waiting for the weather to clear.

The operational hours, which included searching for Mr Harch after his tracking device was activated and waiting for weather to clear to remove him and rescuers from the mountain, have not yet been calculated.

One source estimated it would have been at least 50 hours. The Rescue Co-ordination Centre, which is part of the Ministry of Transport, will be responsible for covering the bill.

Wanaka search and rescue spokesman Phil Melchior said his team, including the four rescuers who stayed on the mountain with Mr Harch, put in about 500 volunteer man hours in total.

"Virtually all of these people are self-employed," Mr Melchior said. "Most of these guys gave up three or four days' pay to do this."

Some of the team returned on Monday to collect more gear left on Mount Aspiring.

"One's a builder and one's a painter," Mr Melchior said. "They asked if we could organise someone to sort the stuff out when we get back because they needed to get back to work."

The rescuers did not seek any compensation "because they believe in what they do" but there was a significant cost to them, Mr Melchior said.

In the 2013 case, Mr Harch and a friend known only as Gareth reached the summit of Mount Tasman, but when they decided to take a different and unfamiliar route down the mountain their day trip turned into a three-day ordeal. 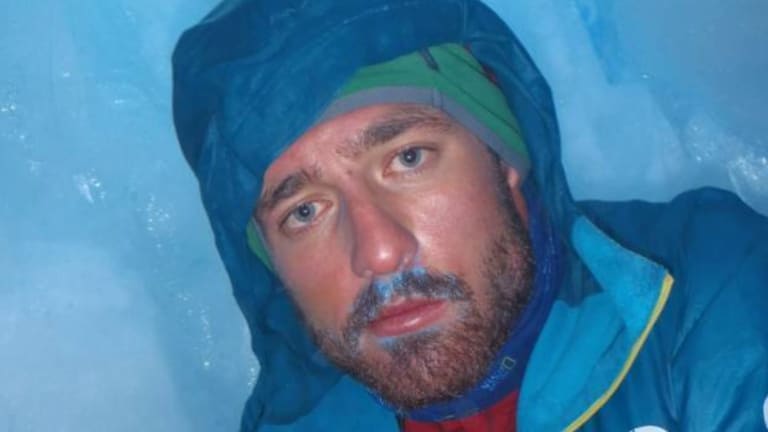 Terry Harch sheltering in a narrow crevasse awaiting rescue from Mount Tasman in 2013.

With night approaching they realised they were off course and could see only about five metres in front of them, Gareth said in an interview with Stuff.

"We'd been leading from one blind alley into another, trying to negotiate a route down through a crevasse and serac maze. We'd find drops of several hundred metres when we thought we were getting somewhere, and big overhanging ice cliffs, and all manner of unspeakable horribleness."

The forecast had predicted bad weather would settle over the area for about two days and they dug into a narrow crevasse to await rescue, which came 38 hours later.

They were reported overdue and a flashing light was later spotted on the mountain at their location.

A search and rescue crew flew in a helicopter to the site where they were found the men suffering from fatigue and the early stages of frostbite.

"They were in the middle of a face surrounded by ice cliffs and crevasses and ice falls that were falling down and avalanching," team leader Karen Jackson said at the time.

Mr Melchior said he did not know how Mr Harch got into difficulty on Mount Aspiring last week but "he did an extremely good job of keeping himself alive".

It is unknown if Mr Harch is still in the hospital as he, his family and Australian Defence Force representatives have refused all interviews.