VIENNA (Reuters) – Sebastian Kurz is expected to emerge victorious in Austria’s snap parliamentary election on Sunday, but it remains unclear whether the conservative leader will lean left or to the far right in seeking the coalition partner he needs for a majority.

The election follows the collapse in May of Kurz’s coalition with the far-right Freedom Party (FPO) after a video sting scandal that forced FPO Vice Chancellor Heinz-Christian Strache to step down.

Kurz, 33, has remained largely unscathed from the scandal, even gaining voters from the FPO as its support has slipped to roughly a fifth of the electorate from a little more than a quarter in the last vote in 2017.

“We are very confident. We have a clear goal, namely to come first in this election. We want to improve our result,” Kurz told reporters before casting his vote in Vienna, referring to the 31.5% his People’s Party (OVP) achieved in 2017.

Few doubt he will meet those objectives.

The overall picture since the scandal’s immediate aftermath has been remarkably stable. Opinion polls have generally shown Kurz’s OVP far ahead on roughly a third of the vote, the Social Democrats slightly ahead of the FPO and the resurgrent Greens a distant fourth.

Kurz has said he will talk to all parties if he wins the election. His two most likely choices are either to ally with the FPO again or with the Greens and liberal Neos. A centrist coalition with the Social Democrats is possible but unlikely under their current leadership.

Surveys suggest the environment is voters’ top concern, which has lifted the Greens from less than 4% of the vote at the last election to about 13% in recent opinion polls.

While they might be able to give Kurz and his party a narrow majority in parliament, he is unlikely to want to be at the mercy of a small number of its left-wing lawmakers. That means that if he does ally with the Greens he will probably seek a three-way deal including the liberal, pro-business Neos.

It could take time for the Greens and Kurz to convince their supporters about working with each other. Many Greens voters see Kurz as their enemy since he brought the far right to power. Many of Kurz’s core voters, such as farmers and big business, are wary of the left-wing Greens.

As the campaign wound up last week, the FPO sought to focus attention on its core issue of migration, railing against immigrants in general and Muslims in particular, rather than addressing recent scandals that have eroded its support and could hurt Kurz’s image if he allies with the FPO again.

“It is hard to so say what will happen,” FPO leader Norbert Hofer said after casting his ballot. 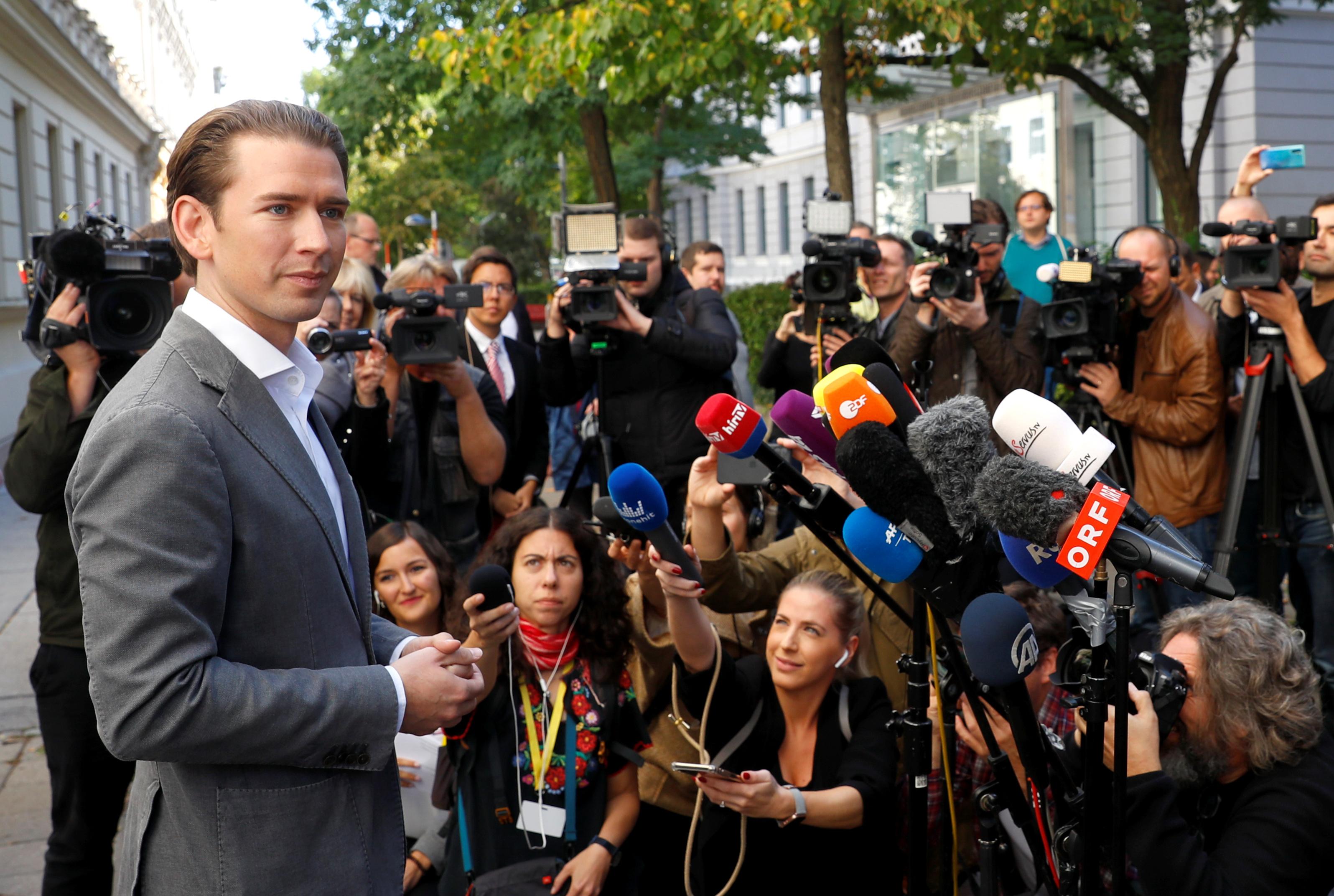 “What is important for us is that we have a solid base from which to strengthen both the FPO and (its) work in government.”

The widespread assumption among politicians and analysts is that the election will be followed by a long period of coalition talks. The current provisional government of civil servants led by former judge Brigitte Bierlein could therefore remain in place until Christmas or later.

Polling stations opened at 7 a.m. (0500 GMT) and the first projections are due shortly after voting ends at 5 p.m.