Austrian soccer stadium is turned into a FOREST for art project

A forest has been grown inside an Austrian football stadium after activists wanted to show what it might look like in a future where trees become so rare and people visit stadiums to view them.

Hundreds of trees have been planted in the Woerthersee football stadium in Klagenfurt, Austria, as part of an art project from 30 years ago.

Project creator Klaus Littmann hand-coloured Max Peintner’s drawing ‘The Unending Attraction of Nature’ from 1970 which depicts a forest of trees in a huge stadium surrounded by thousands of people inside a city – using this sketch as the basis of his vision. 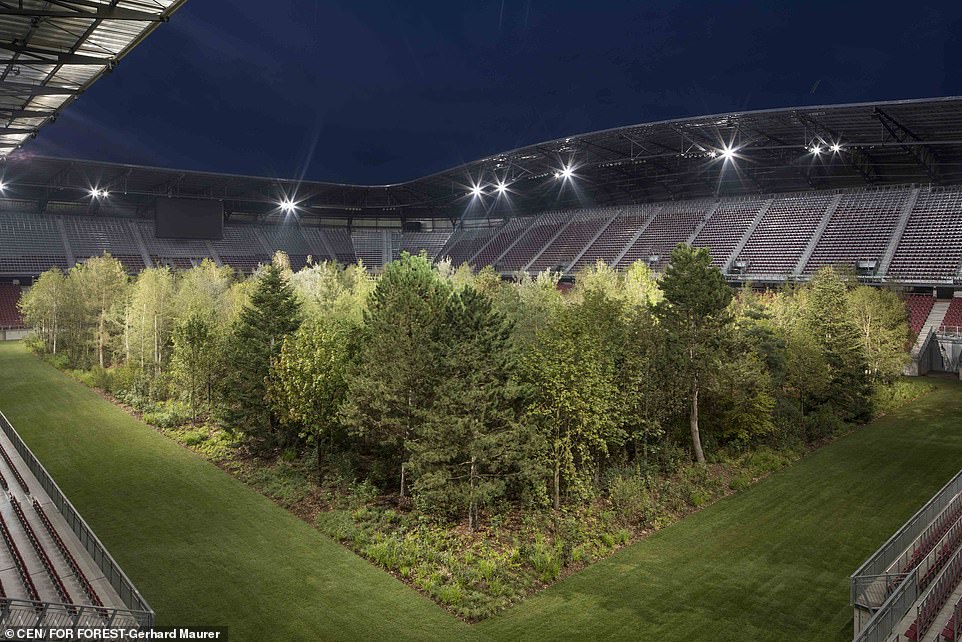 Three hundred trees have been planted at the Woerthersee football stadium in Klagenfurt, Austria, as a ‘warning’ that trees might only be found in ‘specially designed spaces’ in the future 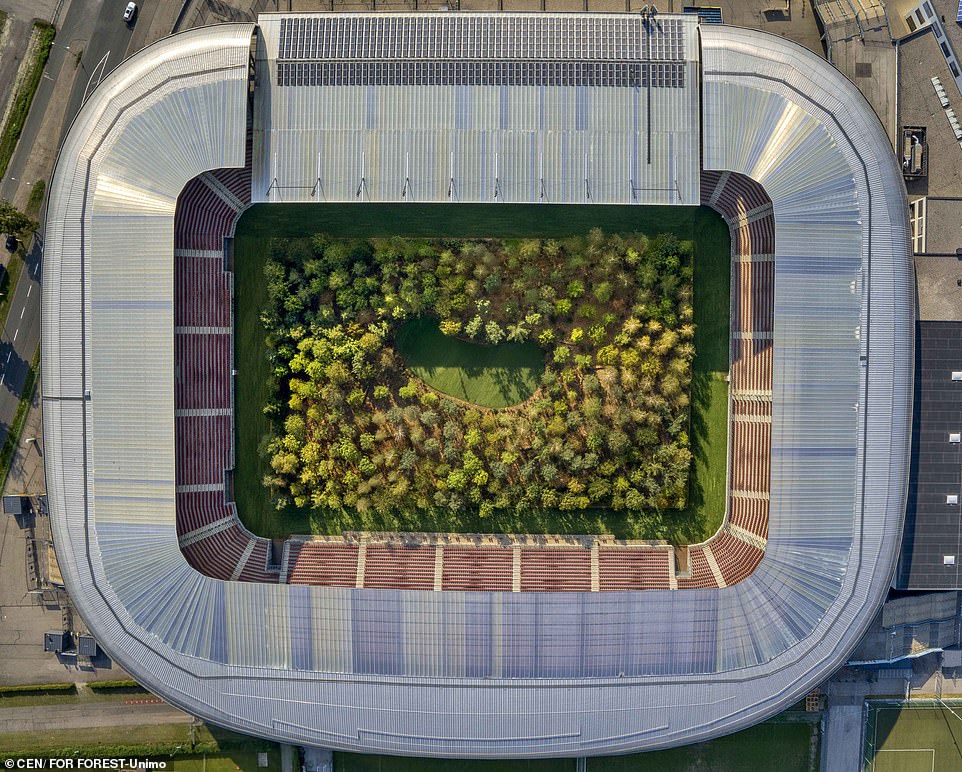 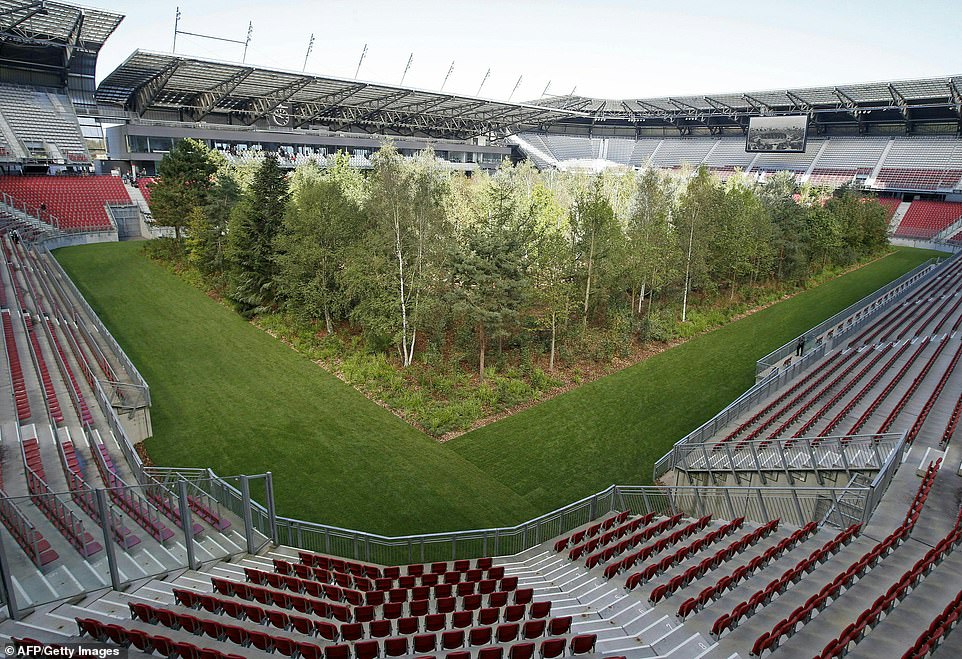 The stadium project titled ‘For Forest’ was made possible with support from the local council with the football team that normally uses the 30,000-seat stadium and that is in Austria’s second league currently being moved to a smaller facility nearby.

It was unveiled against the backdrop of forest fires in the Amazon, and after it emerged that insect pests and dry weather were devastating Austrian fires.

Speaking about the project, Klaus said: ‘I want to challenge our perception of nature and sharpen our awareness of the future relationship between nature and humankind.’

He saw the potential in the site after hearing how the stadium had been abandoned for most of the year that it was to be used for the European Football Championships in 2008.

He told TANK magazine: ‘[Peintner’s] works, which are critical of civilization and ecology, truly reflect the nightmares of humanity. Nature itself is a tremendous work of art.’

Klaus found the concept ‘fascinating’ which was initially brought about in a world where there was ‘little discussion about deforestation and climate change’. 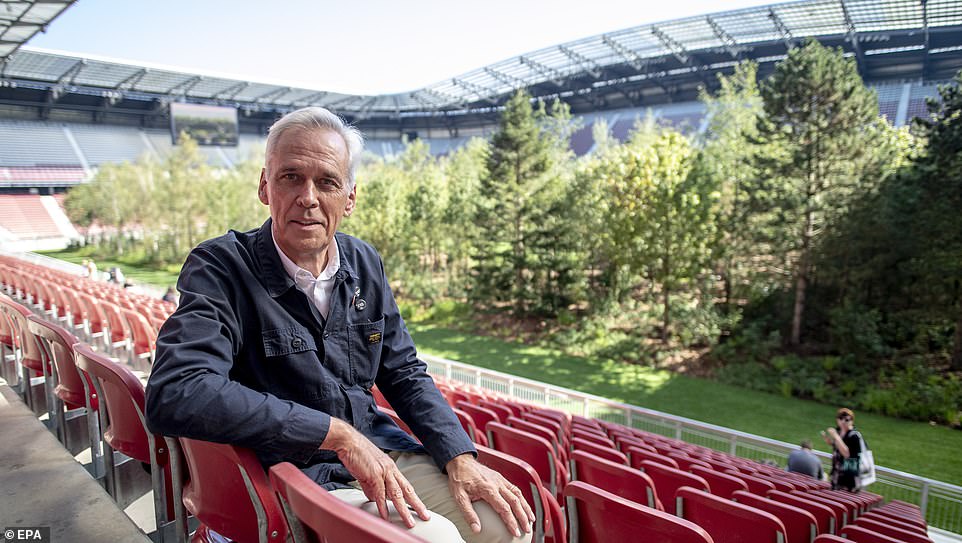 Amongst the trees: Artist Klaus Littmann (pictured) saw the potential in using the stadium as his canvas after discovering it had been unused for a year. He says ‘nature is a tremendous work of art’ and his installation is important with more discussions around deforestation and climate change being had 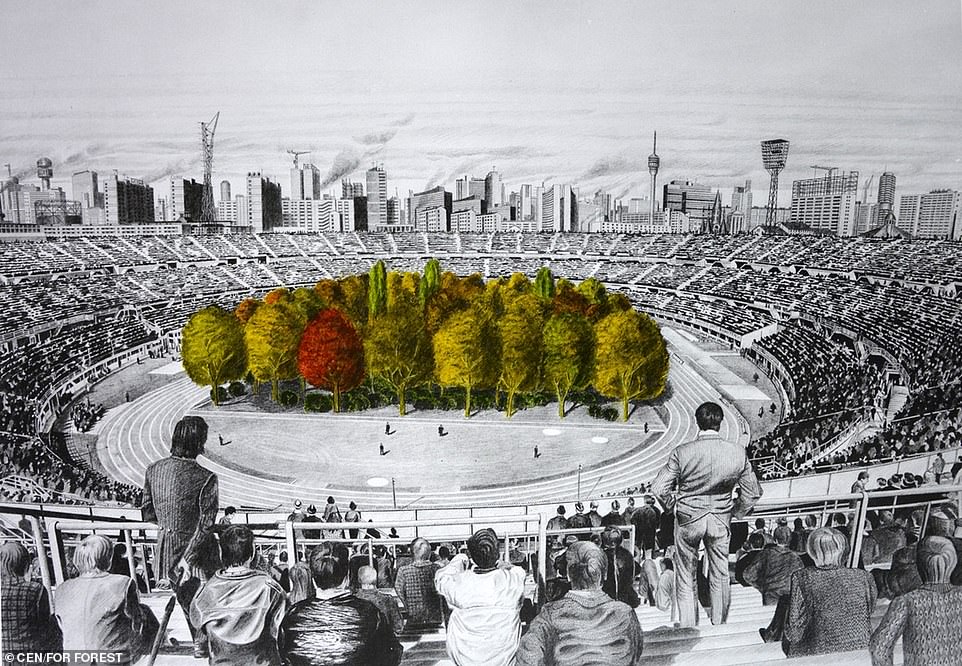 The Unending Attraction to Nature: A pencil drawing by Max Peintner in 1970 which illustrates a world where trees are so rare that people visit stadiums to watch them – and it inspired Klaus’s project in Austria, who colourised the sketch 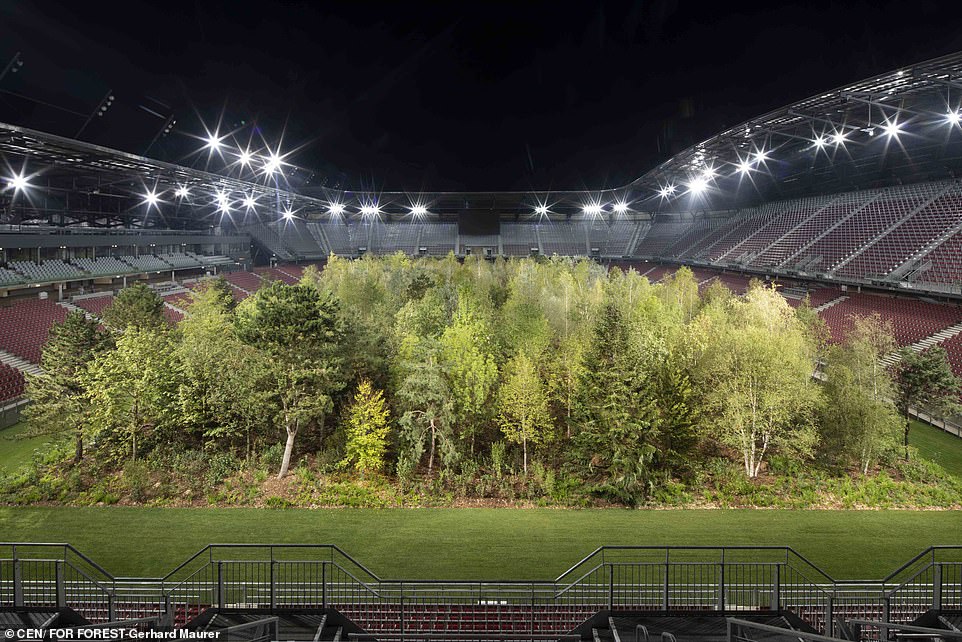 Get lost: The dystopian project is Austria’s largest public art installation and opens on September 8. It includes 16 types of trees including larch, birch, silver fir, maple and lime

He continued: ‘This project is also a warning that nature, which we now take for granted, might someday only be found in specially assigned spaces, as is already the case with zoo animals.’

The project includes 16 types of trees and will end on October 27, with the trees uprooted and moved to locations nearby to minimise the carbon footprint.

People will only be able to view the wild forest from the football stands and there will be accompanying exhibitions on the theme of nature at the Museum Moderner Kunst Kärnten and the Klagenfurt State Gallery, in the Austrian city.

New round of $1,400 stimulus checks includes 'plus-up' payments for Americans who have filed tax returns
Sport