The awkward moment was caught on camera as the President and First Lady posed for a photo with French President Emmanuel Macron. 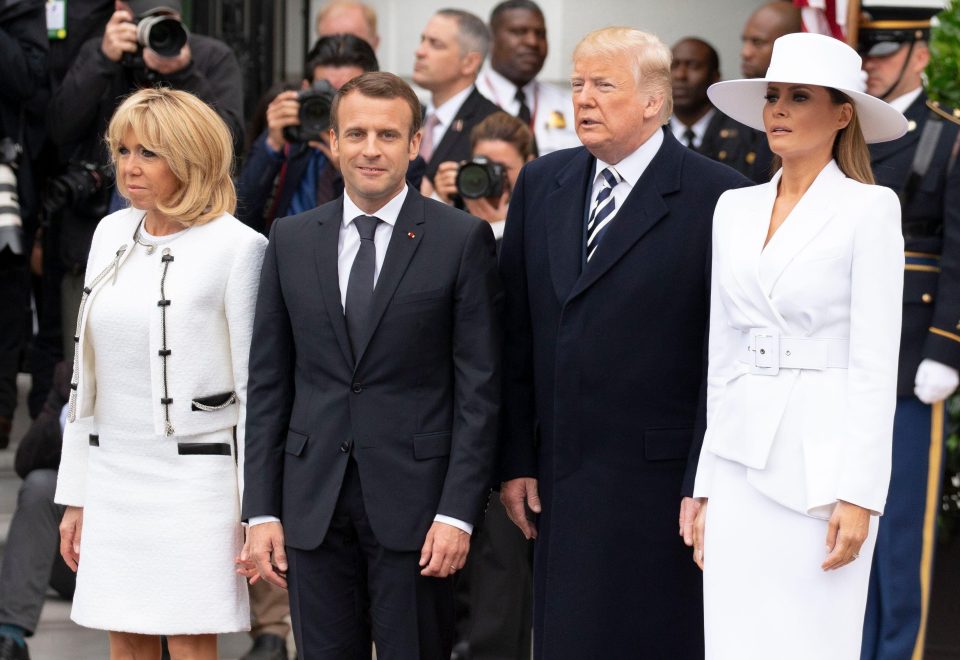 Both leaders and their wives were posing for a photo-call on the South Lawn in Washington.

As they posed Trump tried the classic move of edging his pinkie finger close to hers.

Melania's face looked unimpressed as he swooped in.

Close-up video shows her appear to break free before he could lock fingers.

Not one to give up, Trump carries on in his attempts to take his wife's hand, eventually getting a grip and mouthing "thank you". 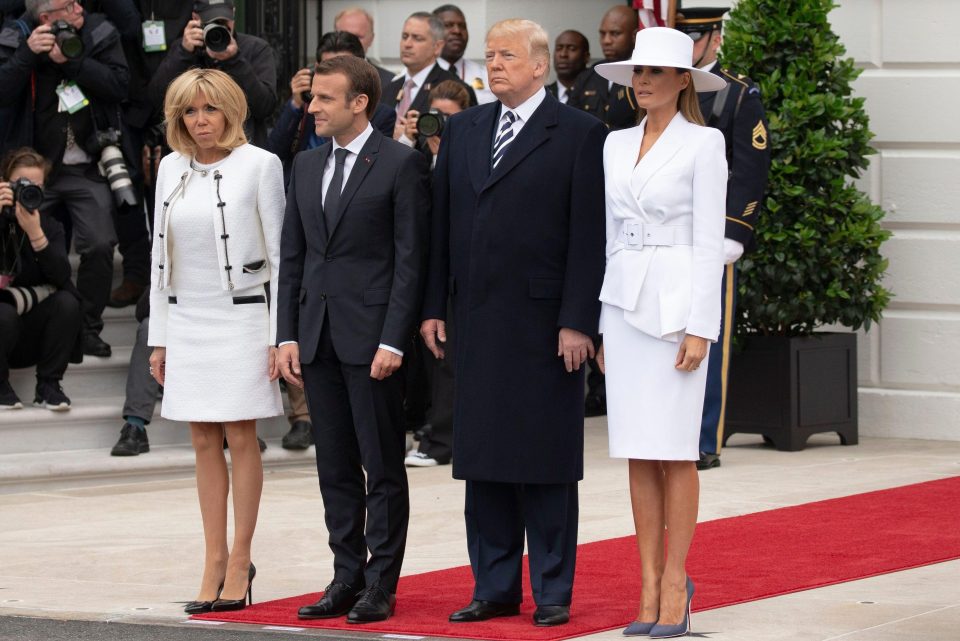 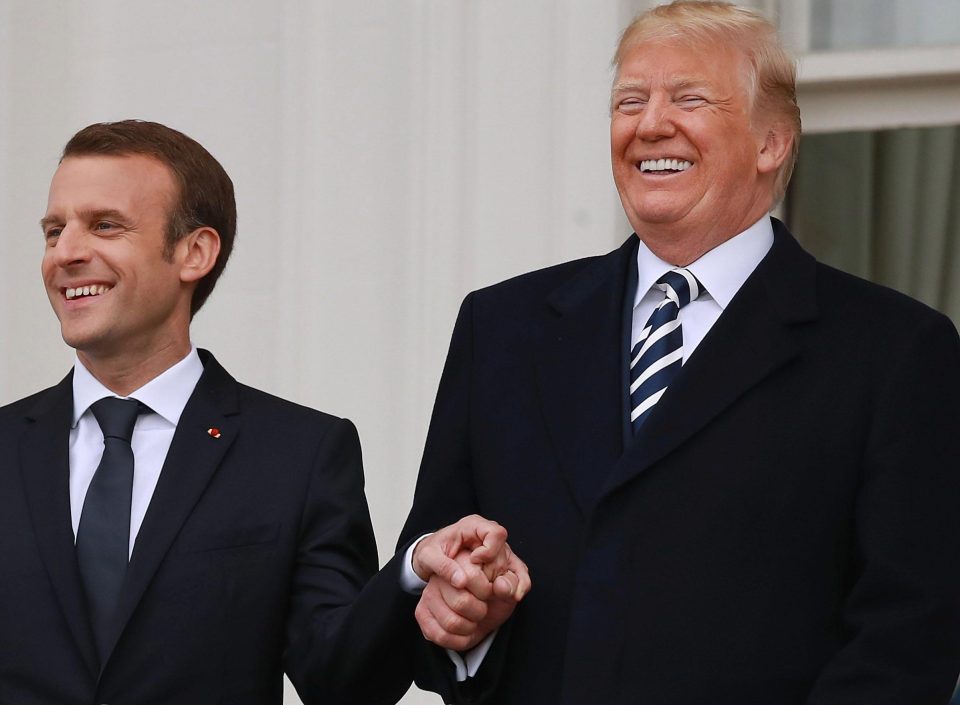 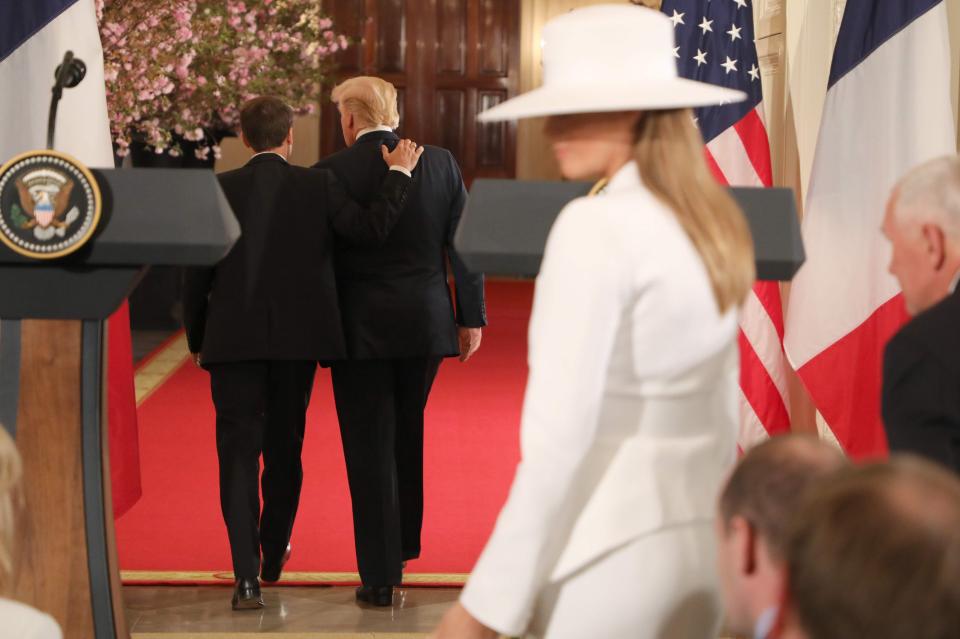 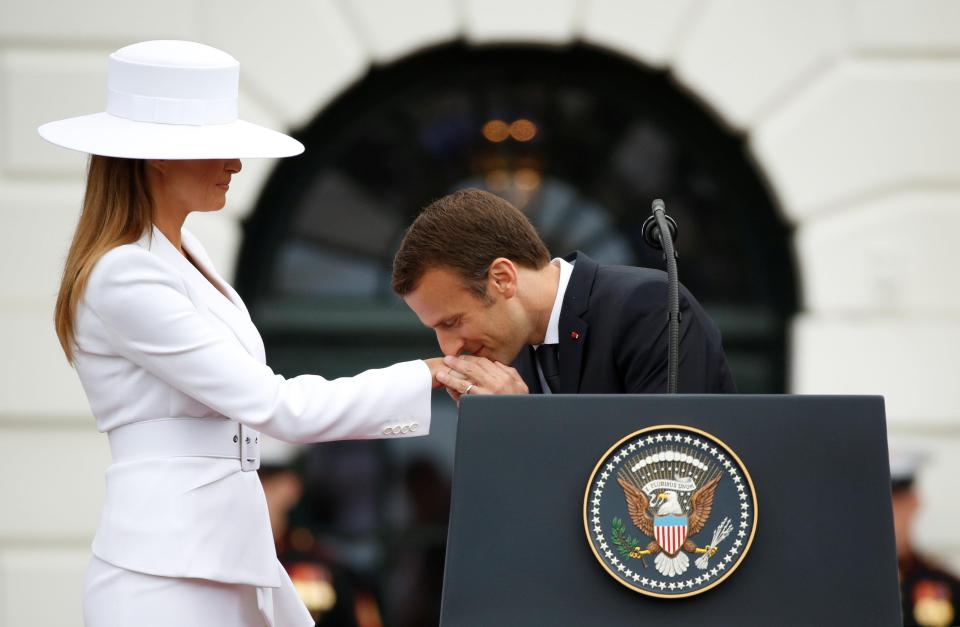 Melania earlier offered her hand to Macron for a kiss to mark his visit.

She turned heads in a £1,570 Michael Kors Collection suit and Hervé Pierre hat as she entertained the French President and his wife.

It's not the first time she has seemed reluctant to PDAs with Don.

She appeared to ignore the searching hand of her husband, who reportedly has a fear of falling down stairs, as they disembarked a plane after touching down at West Palm Beach in February.

The flight started off in an equally frosty manner when Mrs Trump broke from tradition and boarded Air Force One in DC without her husband.

She was also seen flicking his hand away during a trip to Israel.

But they looked a bit closer over Easter, near to where they married 13 years ago.