The Prince was with his wife, Meghan, and mother-in-law, Doria Ragland, as they celebrated the launch of a cookbook written by neighbours to the West London disaster. 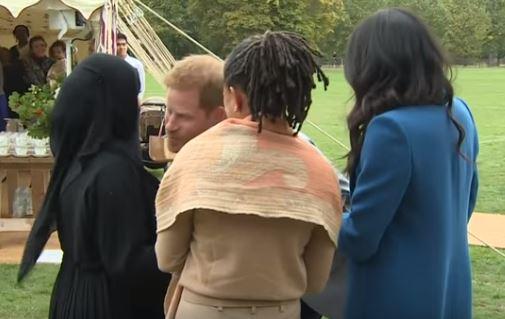 As the trio chatted with volunteers from the Hubb Community Kitchen Harry was caught having a moment many will know well – an awkward air kiss.

After Ms Ragland, 62, kissed the woman on both cheeks Harry stepped up to say hello, but seemed unsure how he should proceed.

He cheerfully stepped towards the volunteer with his arms open to give her an air kiss on the cheek, but stumbled when the woman appeared bashfully taken aback.

However with his trademark charm the 35-year-old prince continued with his warm greeting and gave her two air kisses, attempting a third before stepping back and chuckling. 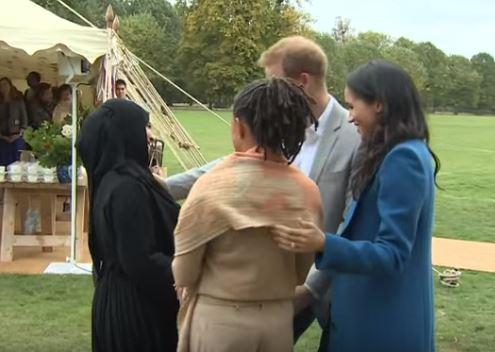 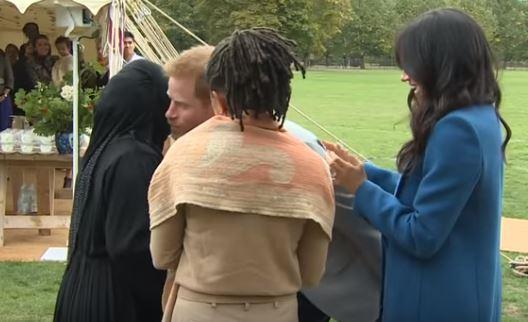 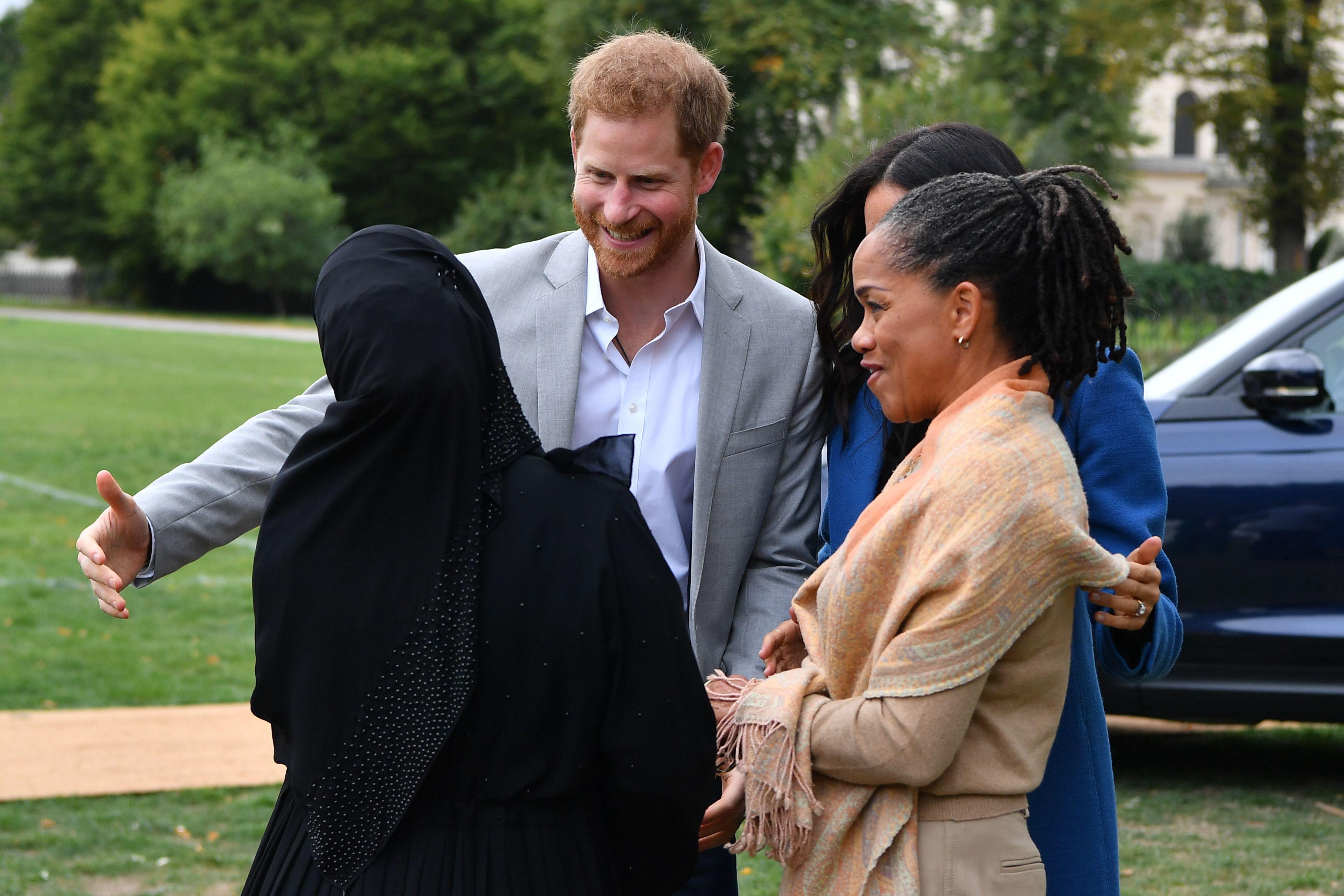 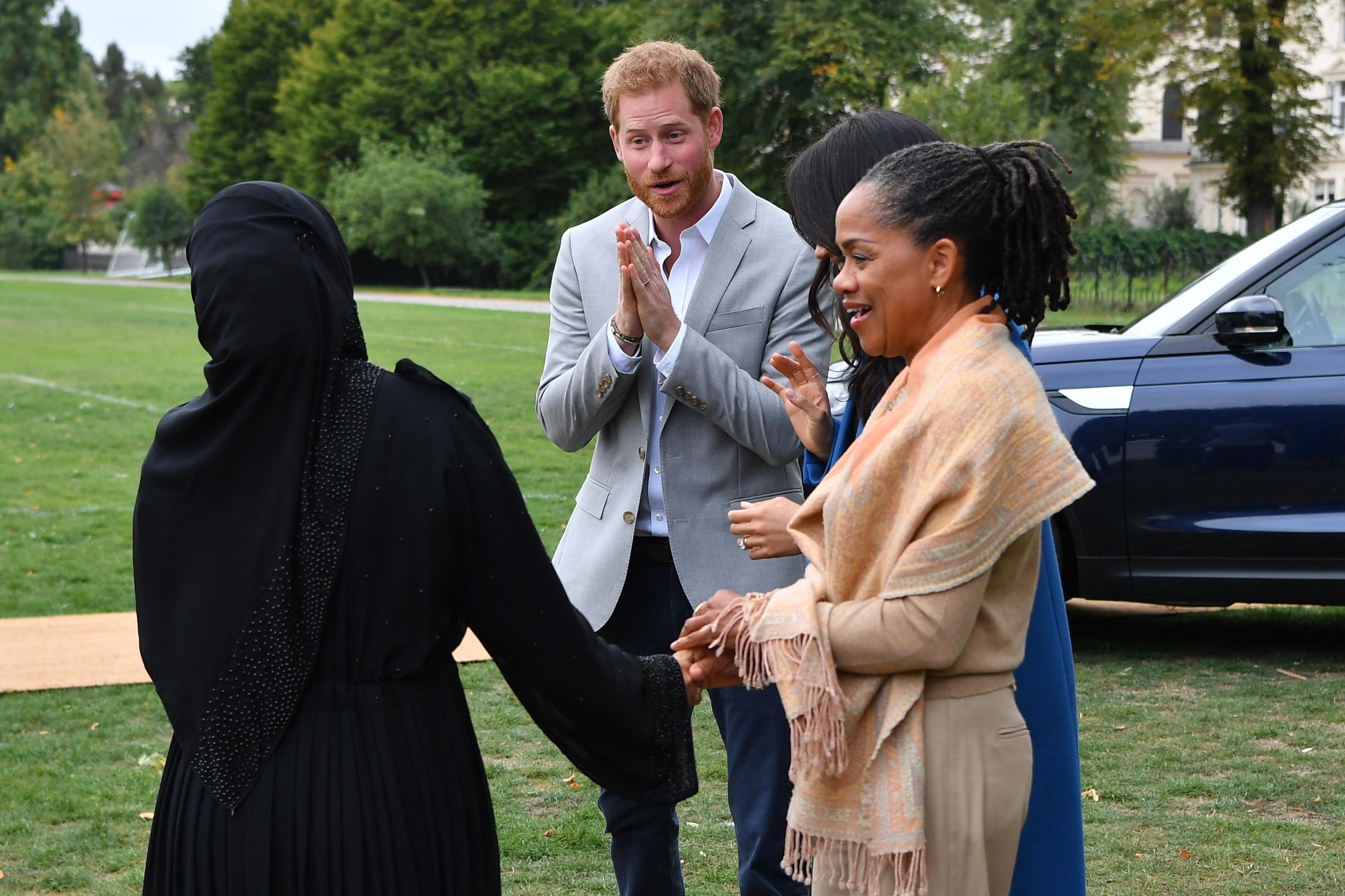 Meghan, 37, was caught playfully tugging at her husband's arm in the middle of the slightly awkward encounter, as the group grinned.

Harry appeared to be in a cheerful mood as he accompanied the Duchess of Sussex and her mother at yesterday's event.

He joked and laughed with volunteers and was caught smuggling out samosas from the celebration of what Meghan called "a tremendous labour of love".

The doting husband even tugged a few heartstrings as he was filmed smoothing down Meghan's windswept hair for her as she spoke to members of the community kitchen.

As Harry and her mother watched on with pride, the Duchess described first going to visit the kitchen in January and being overcome by the welcome from the group.

She said: "I had just recently moved to London and I felt so immediately embraced by the women in the kitchen and their warmth and their kindness. 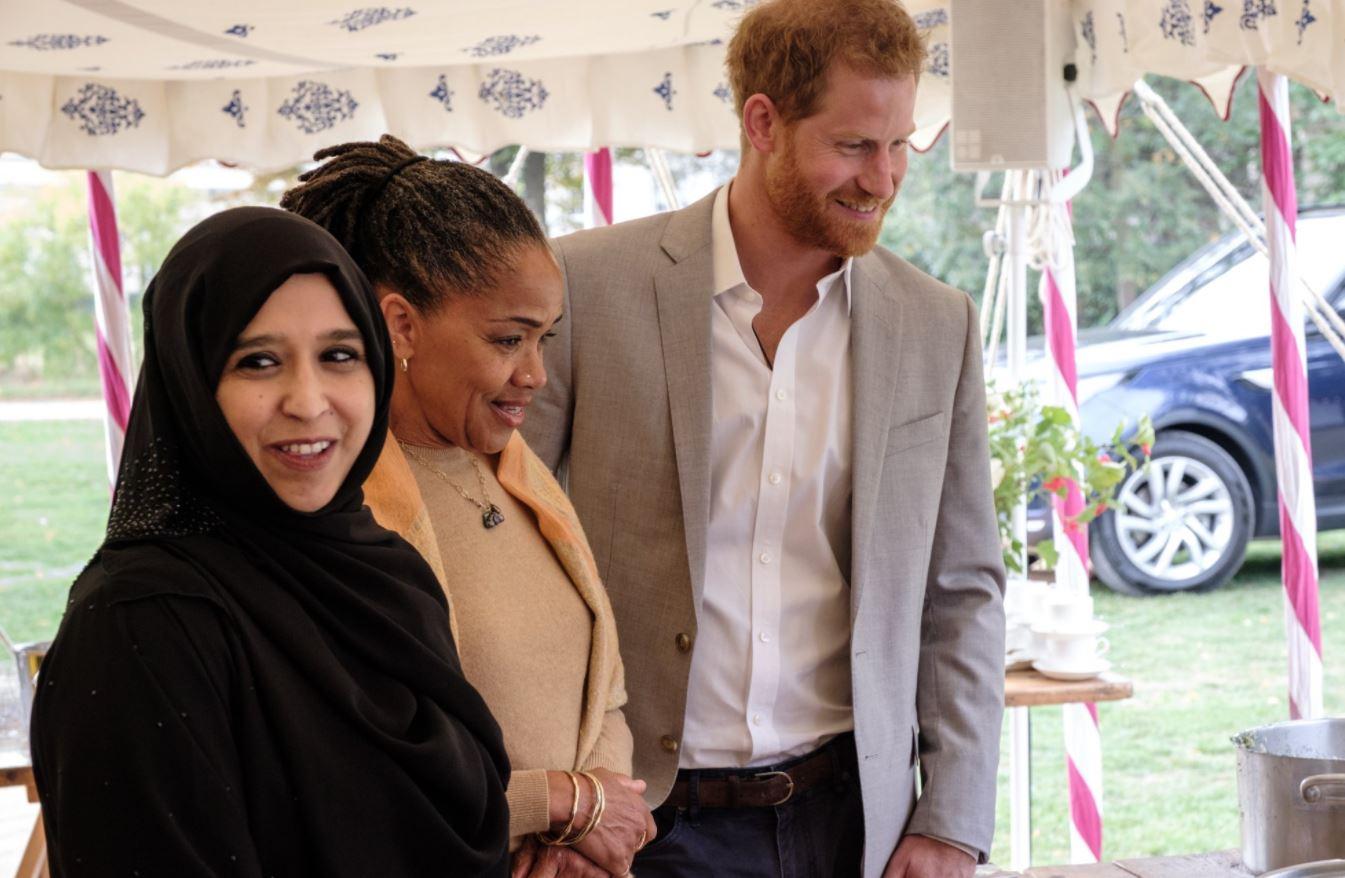 What is the etiquette when greeting a member of the Royal Family?

While there isn't really any official etiquette one must follow when meeting royals, there are general guidelines to try and stick to.

Men should give a bow from the head, while women must curtsy.

Although many royals prefer just to shake hands as they meet and greet.

The general unofficial rule is to never kiss a royal unless you are a family member or close friend.

But it's up to the royal if they want to give a cheek kiss, with the person being greeted usually expected to follow their lead.

"On a personal level, I feel so proud to live in a city with so much diversity. There are 12 different countries represented just in this room, it's pretty outstanding.

"Everyone embraced this so deeply because it's been a passionate project for all of us – and for good reason."

Meghan has made a number of secret visits to the kitchen since her first visit as she worked with volunteers on her first solo project as a Royal.

The recipes in the book have all been created by cooks from the centre and will support residents affected by the Grenfell fire and others in the West London community.

Meghan, 37, helped put the group in touch with a publisher and her Royal Foundation provided assistance with legal and administrative issues.

All proceeds will go back to the Hubb and the book is available in stores this week. Hubb means "love" in Arabic.

A total of 72 people were killed in the Grenfell Tower disaster in West London in June last year after fire swept through the 24-storey tower block.

The 50 dishes in the book are the volunteers' own recipes from across Europe, the Middle East, North Africa and the eastern Mediterranean.