Azores location: Where are the Azores? Hurricane Lorenzo bears down on islands

Hurricane Lorenzo is bearing down on the Azores islands right now with fierce winds, prompting evacuations and causing widespread damage. The storm is currently ripping through the Atlantic Ocean as a Category 2 hurricane and will eventually whip the UK as an ex-hurricane later this week. The Azores is seeing damage and evacuations as a result of Lorenzo.

Where are the Azores?

The Azores are a chain of isolated islands in the Atlantic ocean.

Located to the west of the UK, the Azores are part of Portugal and managed by a local government.

The islands are currently undergoing evacuations as a result of Lorenzo. 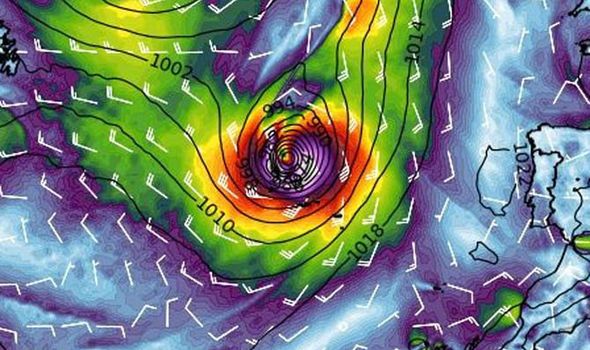 Hurricane Lorenzo passed by the Azores islands this morning packing high winds of more than 100mph.

The system made landfall at 4am (5am BST) as a Category 2 hurricane on the Saffir-Simpson scale.

Maximum wind speeds were monitored at the following locations as it raked through the islands: 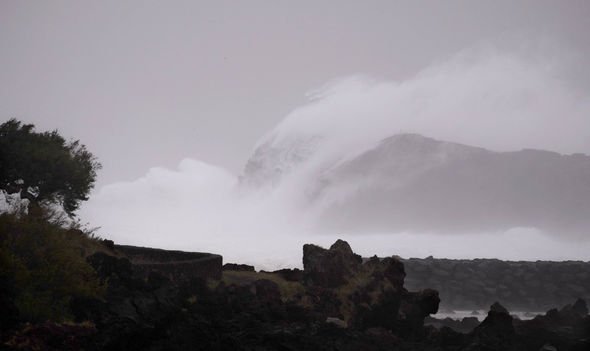 The local Volunteers In Emergency Situations for Portugal (VOST) confirmed damage to the islands and ongoing evacuations.

According to the organisation, Lorenzo’s heavy winds meant 36 people were evacuated from the Faial and Horta islands.

A further 100 people were also evacuated from Lajes do Pico, as the island took damage to its namesake pier.

Despite warnings for local residents to stay away from the ocean, Portuguese Prime Minister António Costa said the worst has passed for the islands. 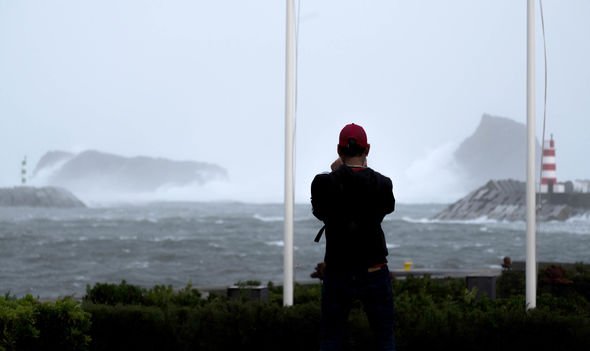 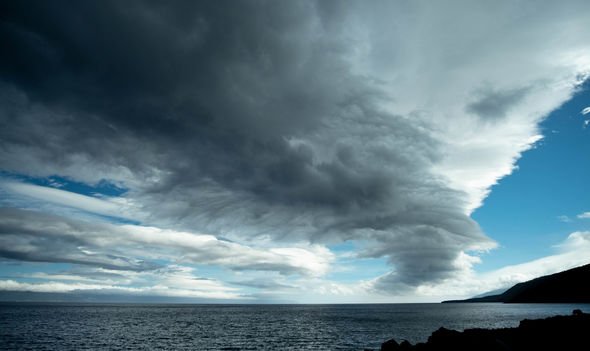 Once Lorenzo has swept through the Azores, it will round on Ireland and the UK.

According to Ireland’s Met Eireann, Lorenzo will hit on Thursday while still packing heavy winds.

They said: “The effects of Storm Lorenzo will begin to be felt across Ireland from Thursday morning, easing Friday morning. The main impacts will include disruptive winds, falling trees and flooding.

“In early October, trees are mostly in full leaf with a large surface area, so even moderate strength winds can bring down weakened trees and/or tree limbs. In addition, some trees may be compromised due to saturated soils at the moment, and with more rain forecast with Storm Lorenzo, some disruption due to falling trees/branches is likely.