Bafta-winner slams 'myth' that migrants flock to Britain for benefits

Bafta-winning Syrian activist Hassan Akkad today slammed claims that migrants flock to Britain for benefits as a ‘myth,’ and said it was ‘ironic,’ that some were referring to hundreds of refugees crossing the English Channel as an ‘invasion’.

Mr Akkad, who has worked as a hospital cleaner during the Covid-19 pandemic, was speaking to Good Morning Britain during a debate on refugees crossing from France.

Between Thursday and Sunday, around 670 people were picked up by Border Force officials, another 20 were seen crossing this morning.

The sudden influx in illegal crossings has prompted the government to consider enlisting the help of the Royal Navy to patrol the Channel.

Mr Akkad said: ‘We should solve this problem, we don’t want to see dead bodies on the Channel.

‘It’s not a great look to send the Navy to stop vulnerable people trying to cross the Channel. 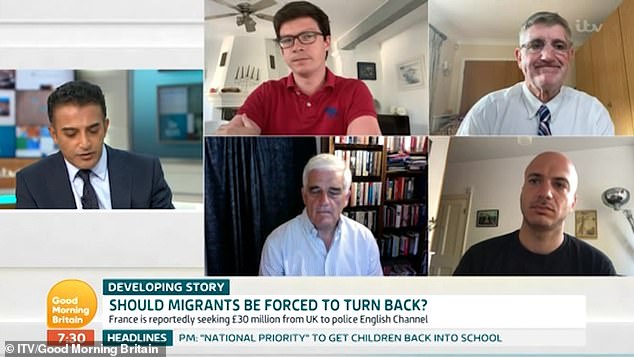 ‘I think the solution will be trying to come up with legal and safe routes into Britain.’

Mr Akkad filmed his 87-day journey from war-torn Syria to the UK in 2015, travelling via Turkey to the Jungle migrant camp in Calais, before using a fake passport to fly to Heathrow.

Footage from his journey was in the BBC documentary Exodus: Our Journey to Europe which won a BAFTA for Best Factual Series or Strand in 2017.

He said a ‘tiny majority’ of refugees come to Britain and chose it as they may have family ties or know someone who can help kickstart their new lives after fleeing their own country.

Speaking from his home in East London, he vehemently denied that migrants were braving The Channel to take advantage of benefits systems in the UK.

He said: ‘We had a harvest crisis during the pandemic so we had to fly in Romanians to pick our crop. No these people are not coming for our benefits.

‘Five pounds a day for asylum seekers, what’s that going to buy?

‘I think this is a myth. I can name you 100 people I know who came from Syria who didn’t take a penny from the welfare system and are all paying their taxes.

‘You’re perfectly within your rights to travel through safe countries and claim asylum in Britain. 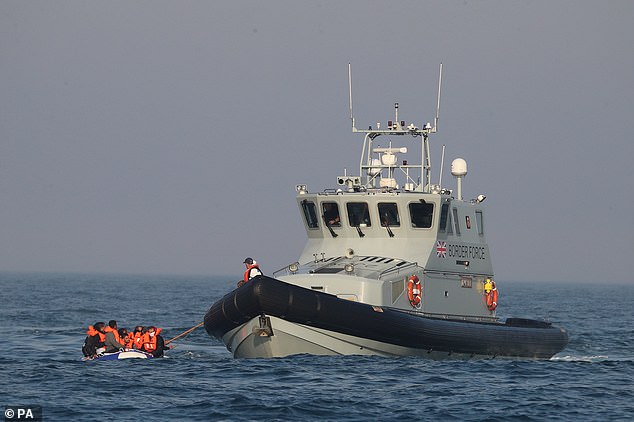 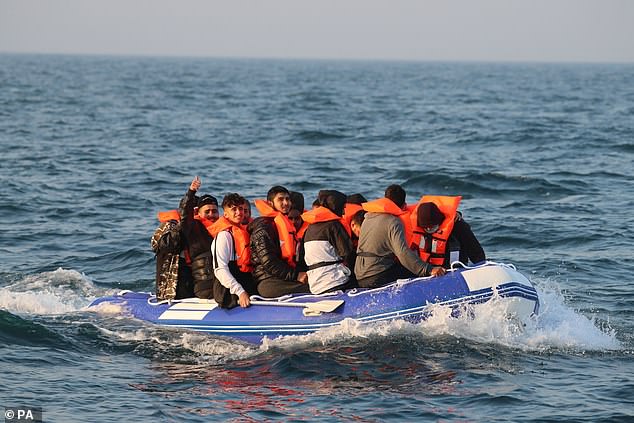 At least 20 migrants have been picked up by Border Force crews so far today, following a wave of recent crossings

‘Hundreds of thousands of Brits live in Spain, and south of France and Dubai and Vietnam why are they allowed to live there and people from Syria and Iraq and Afghanistan aren’t allowed to live here? It’s a myth.’

Priti Patel arrived in Dover today to meet with Border Force officials, hours after crews had been in The Channel picking up 20 migrants.

Over the weekend she appointed a former Royal Marine to the role of ‘clandestine Channel threat commander’.

As a former Royal Marines Commando who served in Iraq and Kosovo, it is hoped Dan O’Mahoney can stop organised gangs smuggling people across the channel from Calais. 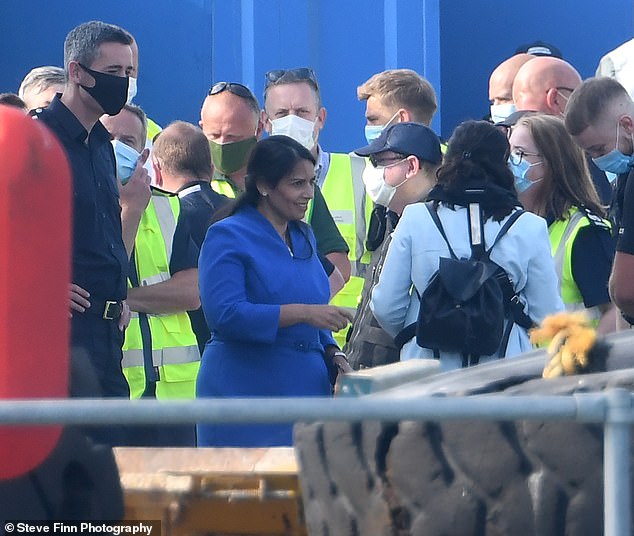 The documentary maker said the government’s focus on dealing with migrant crossings was a ‘distraction’.

‘It’s definitely not an invasion,’ he said.

‘It’s ironic, Britain did invade Iraq and Afghanistan, but if Iraqis and Afghans now want to seek asylum in Britain then it’s “not our problem” and we call it an invasion.

‘British made bombs are being dropped on Yemeni people and if Yemeni decide to flee and seek asylum in Britain, it’s “not our problem”.

‘I think the whole refugee and migrant issue is being exaggerated, it’s being used as a distraction because one per cent of the refugee population is in Britain.

‘I don’t see any other country that complains about migrants like Britain does.

He added: ‘Hundreds of thousands of Brits live in Spain, and south of France and Dubai and Vietnam why are they allowed to live there and people from Syria and Iraq and Afghanistan aren’t allowed to live here? It’s a myth.’