Bail reform would help us get smarter on crime

When James Gargasoulas drove through Bourke Street Mall on January 20, 2017, he irreparably damaged the families of the six loved individuals he killed. He also changed the fabric of Melbourne, from how police handle vehicle pursuits to the bollards that now punctuate our public spaces.

Less obviously to many of us, the fact that Gargasoulas was on bail at the time has had far-reaching effects on our prison system. In response to the carnage, a review of the bail system was ordered and, headed by Justice Paul Coghlan, it made 37 recommendations. The most far-reaching was a change that is known as the “reverse onus test”. Instead of police having to show cause why bail should be denied, a suspected offender now has to demonstrate a “compelling reason” why it should be granted. The change emphasised the community’s right to safety over a suspect’s right to liberty. 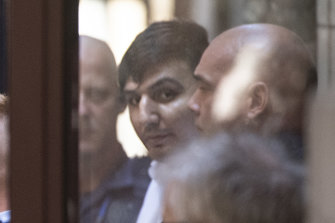 James Gargasoulas leaves the Supreme Court in February 2019 after being jailed for at least 46 years.Credit:Eddie Jim

On its own this measure clearly meant more people would be staying in jail. But combined with a system in which suspects on bail are imprisoned if they commit an “indictable offence” – currently covering everything from violent crime to the theft of an ice-cream – the result has been an explosion in prisoner numbers and a jail system operating at or close to capacity, with many of those incarcerated on remand and not yet proven guilty of any crime.

Confidential high-level government documents from late 2019 and early 2020 seen by The Age forecast that if the growth in prisoner numbers was not dramatically reduced, the annual cost of managing prisons could be expected to more than double to $3.5 billion by 2023-24 – spending that would divert money from services that are important in keeping people out of prison, including social housing, health and education.

We do not believe the trajectory Victoria is on in regard to prisoner numbers and spending on prisons is sustainable. It is a view echoed privately by some in politics, but in recent years public sentiment has rewarded leaders who take a tough line on crime. This week’s intervention by the police union in the debate over whether the reverse-onus test should be replaced shows what a powderkeg the question is.

Quite aside from sustainability and resource allocation, there is the question of what kind of society Victoria wants to be. In a paper published by the Parliamentary Library in 2019, Deakin University’s Dr Marilyn McMahon pointed to American research suggesting that even a short spell in prison on remand can increase the likelihood of future offending. She also questioned the existing approach to risk assessment in granting bail, pointing to more sophisticated measures currently in use in parts of the United States (Victoria Police are already using a similar risk assessment tool to assist them in family violence cases, with striking results). Instead of simply being tough on crime, it is worth exploring if we can be smart on crime.

No matter how much this smarter approach costs in resources and training, it cannot compare to the costs of spiralling incarceration, which has severely affected the welfare of two groups who are supposed to be front of mind for this government: women and Indigenous people.

In a country where we often remember ancestors sentenced to transportation for petty crimes, we would also do well to reduce the number of indictable offences, which was increased after the Coghlan review. We should be able to distinguish violent crimes that seriously threaten community safety from low-level offending. It is vital that we do all we can to prevent the next Gargasoulas. But the current bail settings are a blunt instrument punishing many for the crimes of a few.

As so often when it comes to law and order, the sternest test of all is that of political will to lead a discussion on reforms that might be seen as “soft”. When The Age approached Corrections Minister Natalie Hutchins she told us: “Is there some work being done on change? Yes. Is that going to be in legislation this year or next? I don’t know.”

But if not now, when? A stitch in time would save us billions of dollars and untold hours of human misery years from now.

The Age’s editor Gay Alcorn writes an exclusive newsletter for subscribers on the week’s most important stories and issues. Sign up here to receive it every Friday.