BALD men are up to twice as likely to suffer severe Covid, experts have warned.

New research suggests they spend up to twice as long in hospital with Covid than those who still have a full head of hair. 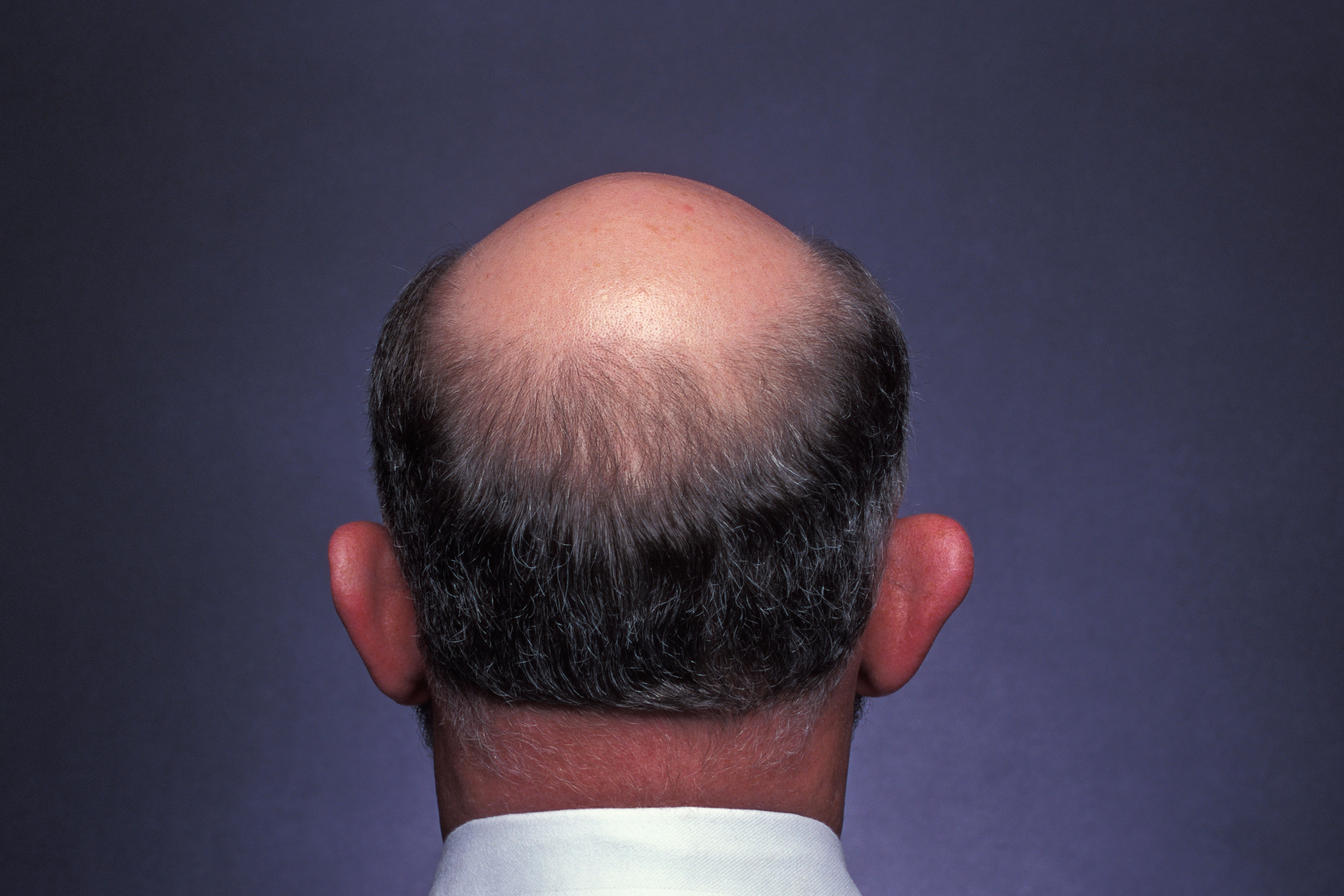 They are also admitted to intensive care in higher numbers.

Men who are genetically more sensitive to androgens appear to be more likely to suffer severe Covid.

They are also more likely to have hair loss, called androgenetic alopecia, which affects around half of men over the age of 50.

The common condition also affects women in a different way, causing thinning at the crown of the head typically over the age of 65.

Androgenitic alopecia has previously been linked with several other conditions including heart disease and diabetes.

A team of US doctors measured men’s sensitivity to androgens by counting a chemical called CAG.

High levels indicate that a man is more likely to have hair loss.

Of 65 men hospitalised with the infection, those with high CAG levels had worse Covid outcomes in the 60 days following their hospitlisation.

They spent 47 days in hospital, on average, and 70.6 per cent were admitted to ICU.

For comparison, those with low CAG levels spent an average of 25 days in hospital, and 45.2 per cent were admitted to ICU.

He said the study adds more evidence that variations in the AR gene and susceptibility to androgens are to some extent implicated in the severity of Covid infection.

Androgens are believed to act as a "gateway" to boost the coronavirus's ability to attack cells.

It could also explain why men have died of Covid in higher numbers compared with women.

How common is hair loss?

Androgenetic alopecia is a common form of hair loss.

In men, this condition is also known as male-pattern baldness. Hair is lost in a well-defined pattern, beginning above both temples and causing the hair line to recede.

Hair also thins at the crown (near the top of the head), often progressing to partial or complete baldness.

In women, the hair becomes thinner all over the head, and the hairline does not recede. Androgenetic alopecia in women rarely leads to total baldness.

Researchers have determined that this form of hair loss is related to hormones called androgens.

It is linked with many health conditions including heart disease, diabetes and blood pressure, and PCOS in women. But this doesn't mean alopecia caused the conditions, only that they have a connection.

Dr Goren presented the findings to a virtual meeting of the European Academy of Dermatology and Venerology (EADV).

It comes after a study by the same team showed that bald men were up to twice as likely to be admitted to hospital in the first place.

The team reported in June that among men hospitalised with Covid in three Madrid hospitals, 79 per cent of had androgenetic alopecia.

This was dramatically disproportionate to the expected number of 31 to 53 percent in a similar age-matched population.

The link between baldness and severe symptoms was considered so strong the experts called for it to be considered a risk factor.

Professor Carlos Wambier of Brown University, who was part of the study, told The Telegraph in June: "We think androgens or male hormones are definitely the gateway for the virus to enter our cells.

"We really think that baldness is a perfect predictor of severity."

Scientists have also found similar results in women who are losing their hair due to androgens.

Hormone suppressants currently used to treat prostate cancer and baldness could also give men a better chance at kicking the deadly bug.

An Italian study found men who were being treated for prostate cancer with androgen-deprivation therapy were four times less likely to catch coronavirus as peers on other treatments.

But so far studies have been of relatively small numbers of patients.