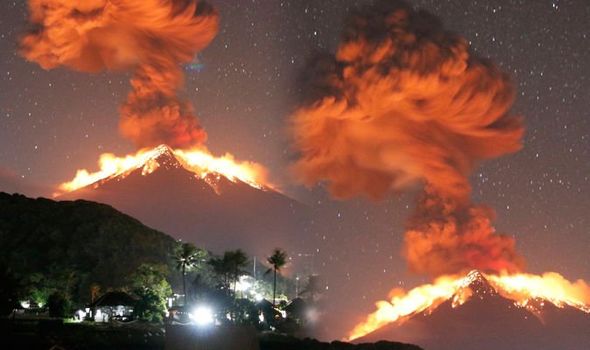 Mount Agung, a volcano located in east Bali erupted at 7.22pm local time on Friday, May 24. The massive eruption lasted for four minutes and 30 seconds, and saw hot lava running down three kilometres from the crater. The eruption also threw smoldering lava and pieces of stone into the air, which fell in areas around 2.5-3 kilometres from the summit.

Indonesia’s Center of Volcanology and Geological Disaster Mitigation (PVMBG) said: “The ash column could not be observed.

“Thundering sounds from the eruption were heard adequately strong from the monitoring post.” 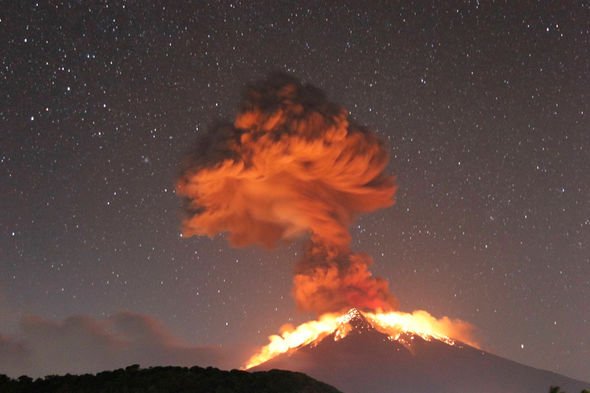 Is it safe to travel to Bali?

PVMBG said alert level on Mount Agung was set at level 3 at the moment.

That means people finding themselves around the four kilometres big red zone area should leave immediately.

The British Foreign and Commonwealth Office (FCO) has also advised against all travel to areas near Mount Agung.

FCO warns against going close than four kilometres of the Mount Agung crater.

These are exclusion zones put in place by the local authorities due to the ongoing volcanic activity.

If you’re in either exclusion zone, you should leave immediately.

Residents who reside around the downstream of rivers upstreaming in the Mount Agung are advised to remain vigilant on possible stream of hot lava or volcanic materials. 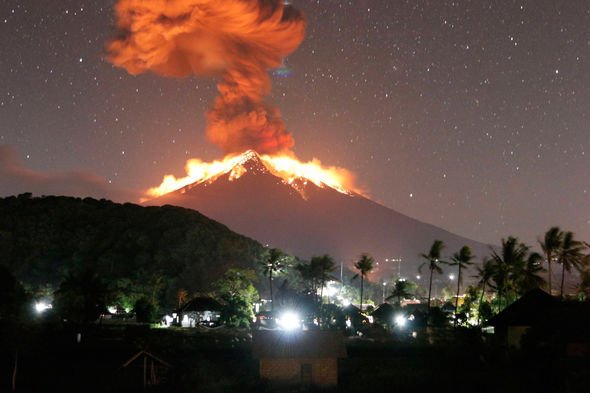 The local alert level may change at short notice, and FCO urged people in the area to check media reports before travelling close to the volcano.

There are many active volcanoes in Indonesia, any of which can erupt with little or no warning.

This often results in the evacuation of villages within a three to seven kilometre radius and disruption to air travel in the wider region.

In the past, repeated eruptions have caused destruction and fatalities.