THE three firefighters who were killed after becoming trapped in a Maryland building have been pictured.

The firefighters were trapped inside when the building collapsed during the two-alarm blaze on Monday morning. 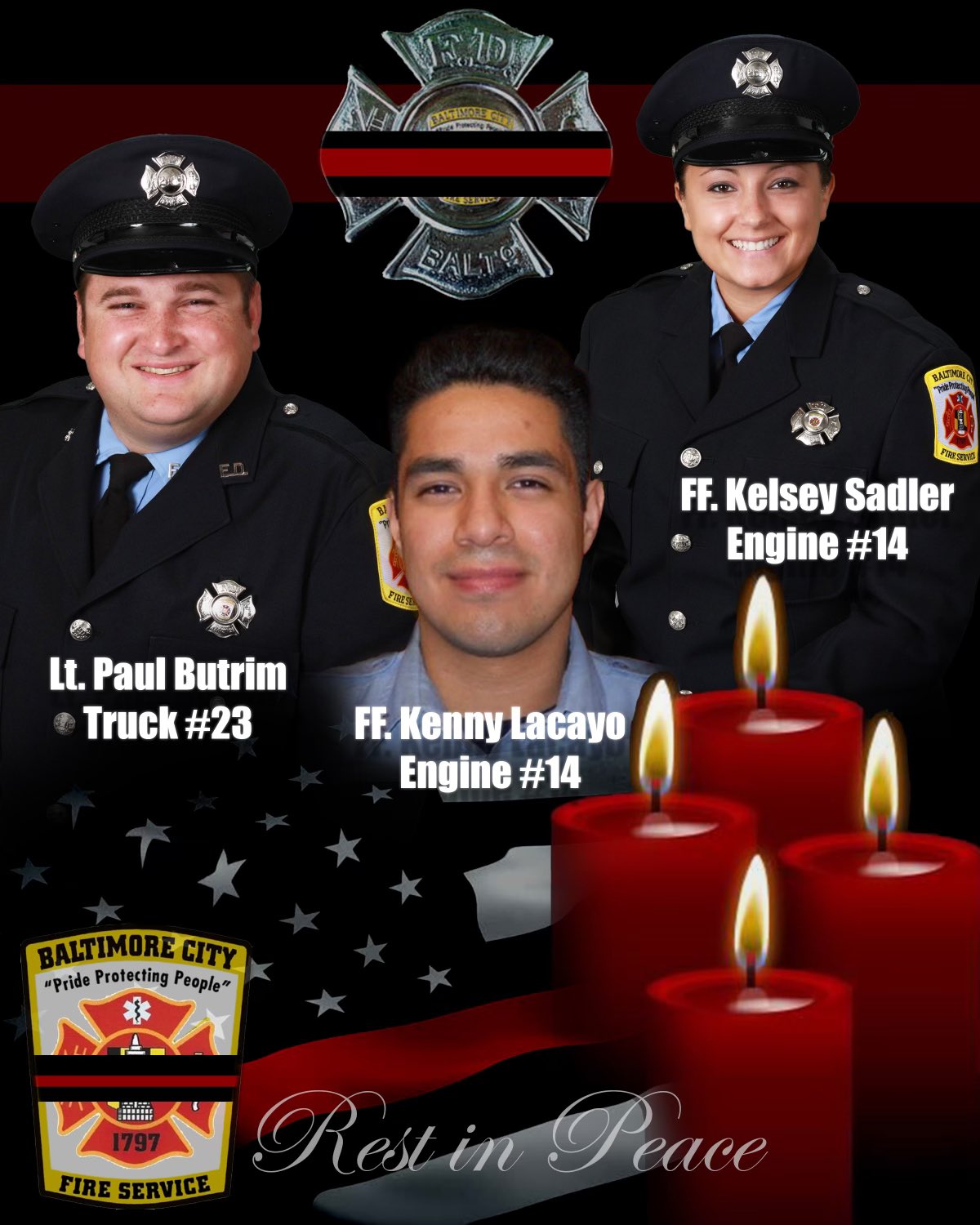 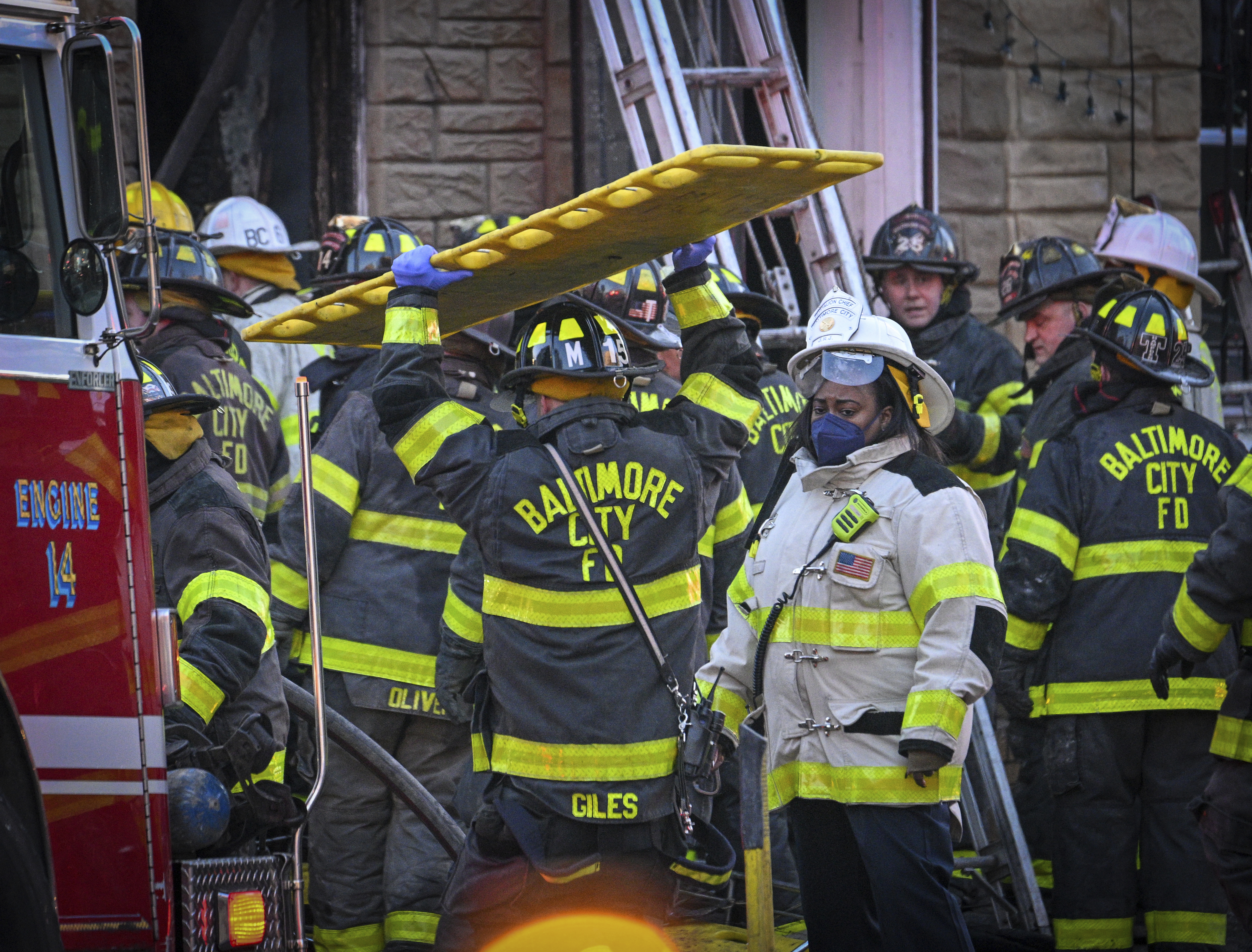 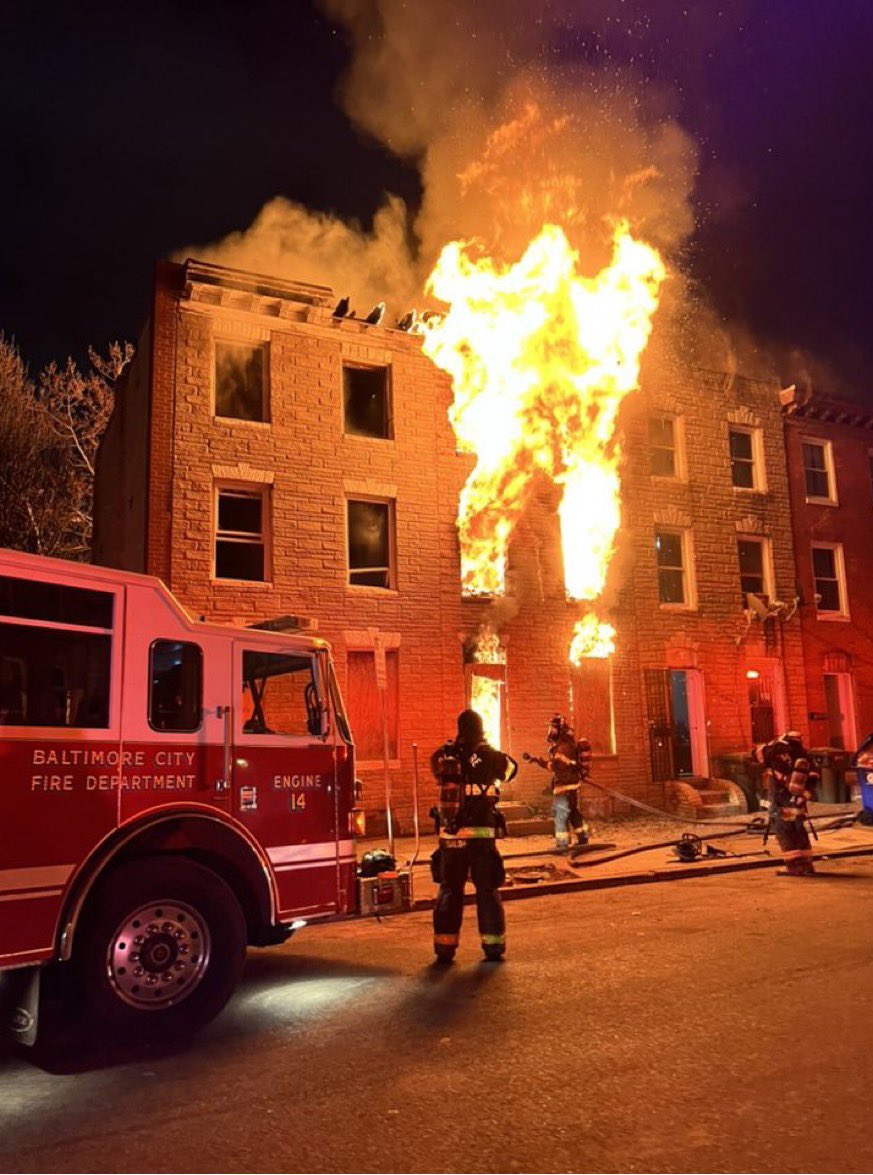 “All made the ultimate sacrifice. For that, Baltimore owes them the deepest gratitude and respect.”

The fourth firefighter, John McMaster, is in the hospital with what Scott describes as “critical but stable condition.”

“This is a gut-wrenching tragedy for our city, the Baltimore City Fire Department and most importantly the families of our firefighters.”

“From this moment, we will honor those we lost today, for their bravery, their courage, their love for helping others and the respect they had for the Baltimore City Fire Department.”

Flags were ordered to fly at half-staff by Governor Larry Hogan.

“Our hearts are broken for the entire Baltimore City Fire Department as three of our bravest have fallen in the line of duty,” said Hogan in a statement.

“A fourth firefighter was critically injured and is on life support. Each and every day, our firefighters and first responders answer the call and are ready to run into danger—this is our worst nightmare.

“This morning, I spoke to both Mayor Scott and Chief Ford, and at my direction, the State Fire Marshal and the Maryland Department of Emergency Management continue to provide assistance to the city.”

Multiple firefighters had called for a “Mayday” after being trapped inside a vacant home early Monday morning in the 200 block of S. Stricker Street.

Crews arrived at the scene to find huge flames from all three floors of the home. A special rescue team had to be called to assist with the blaze.

Ford said one firefighter was quickly pulled out but three others remained trapped. Crews had removed piles of debris to locate those still inside.

Within an hour, two of the trapped firefighters were removed and transported to Shock Trauma. They were listed in serious condition.

Butrim had received a Valor Award in 2015 by Firehouse Magazine for rescuing an unconscious child trapped in a house fire and performing CPR until EMS arrived.

According to the Wheaton Volunteer Rescue Squad, Lacayo received a unit citation in 2018 for his life-saving actions in responding to a pedestrian struck by a car. 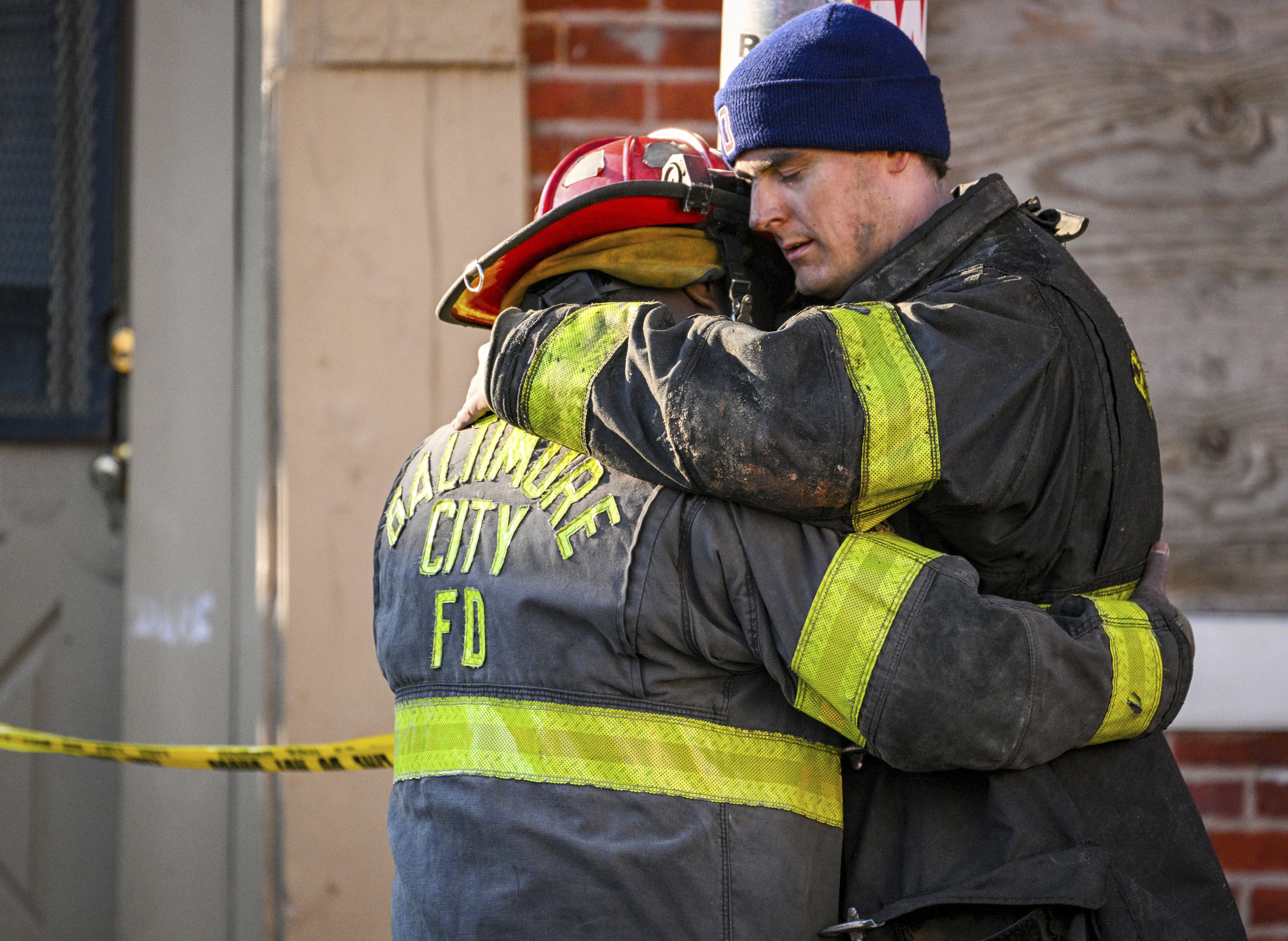 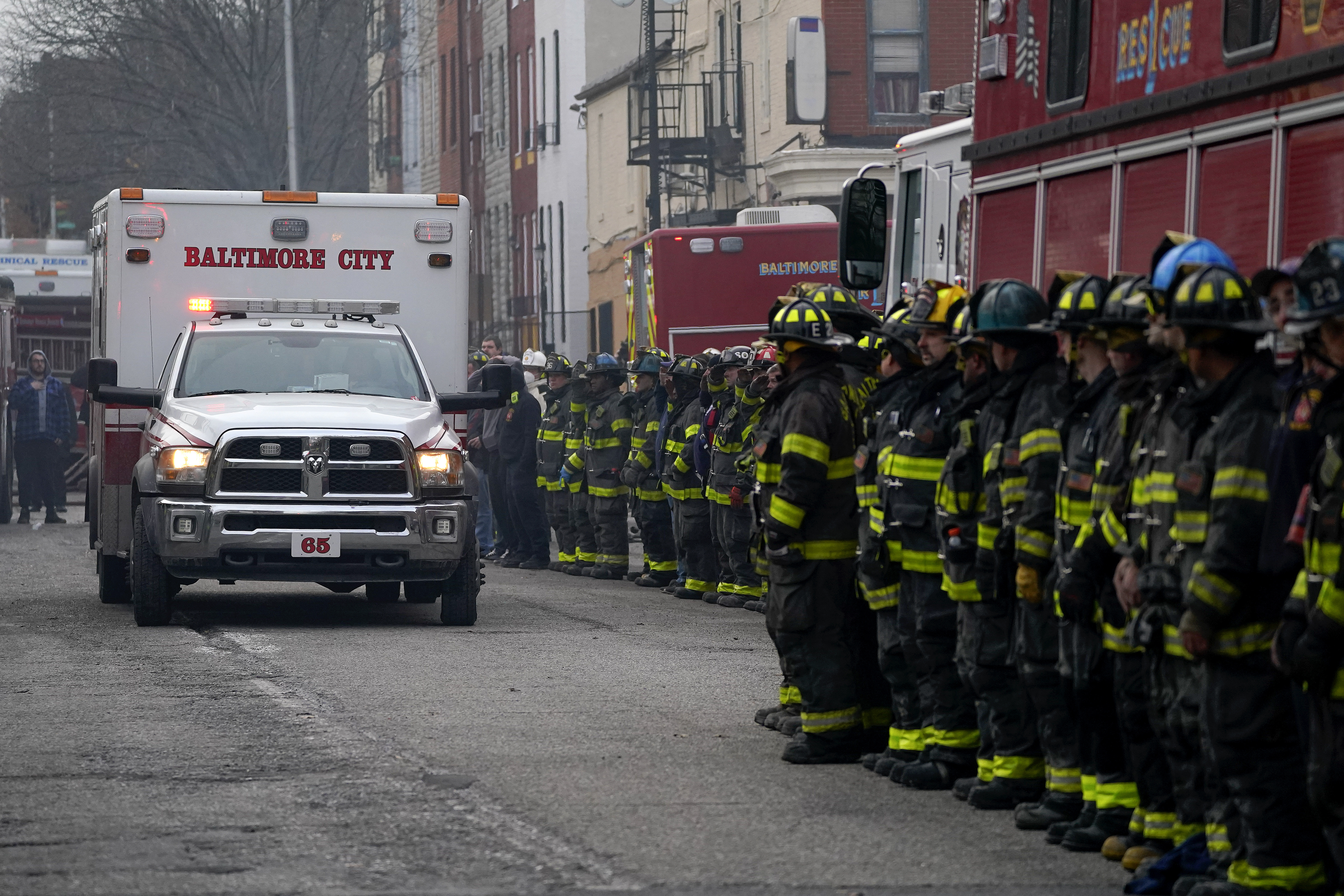