Former prime minister freed for six months on the condition that she stays in Dhaka to undergo medical treatment. 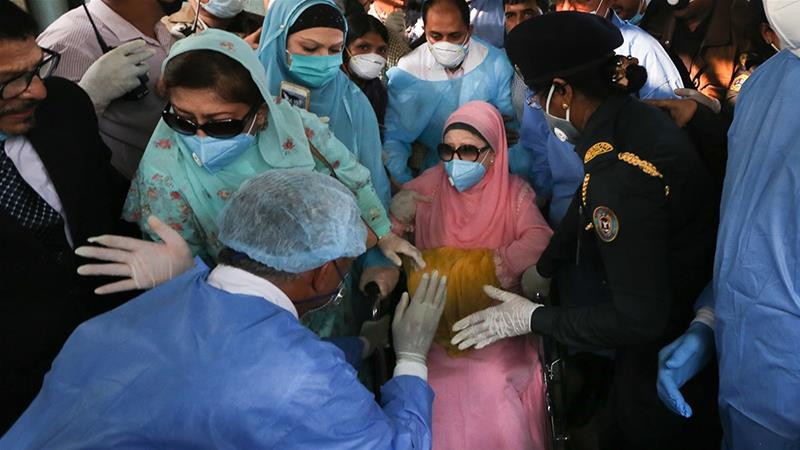 The 74-year-old was freed on Wednesday for six months to allow her to undergo urgent medical treatment.

Zia’s release was granted on the condition that she will stay in the capital, Dhaka, for treatment of her diabetes and arthritis.

Her family had appealed for her to be allowed to go to the United Kingdom for treatment.

Hundreds of Zia’s supporters greeted her in Dhaka – defying a government ban on public gatherings to contain the coronavirus pandemic – as she emerged in a wheelchair from a hospital where she had been kept in a special cell.

Zia, who has twice been prime minister, has been in jail since she was convicted in a corruption case in February 2018.

Zia, who shares a long-standing rivalry with incumbent Prime Minister Sheikh Hasina, was later convicted in a separate corruption case following her initial conviction in early 2018.

She was accused of misusing her power by embezzling some $250,000 in donations meant for an orphanage trust.

The BNP says the cases were fabricated and aimed at keeping Zia away from politics, allegations denied by Hasina’s government.