Forecasts of a weekend washout did not deter revellers from enjoying the start of the Bank Holiday last night.

Scantily-clad partygoers in Liverpool were in high spirits as they hit the town to celebrate the start of the three-day break.

They were pictured strolling arm-in-arm through the streets and stopping to chat by the roadside as they caught taxis home in the early hours. 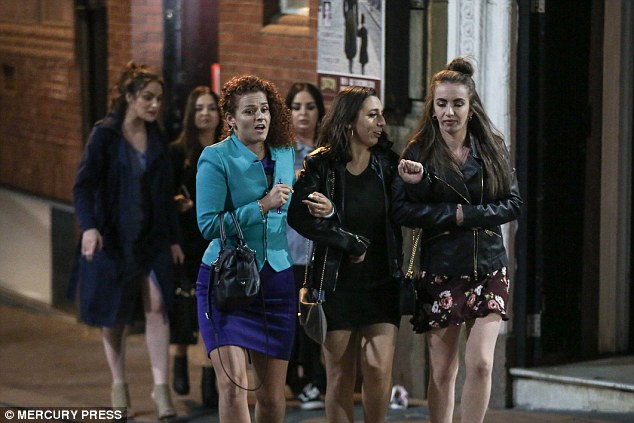 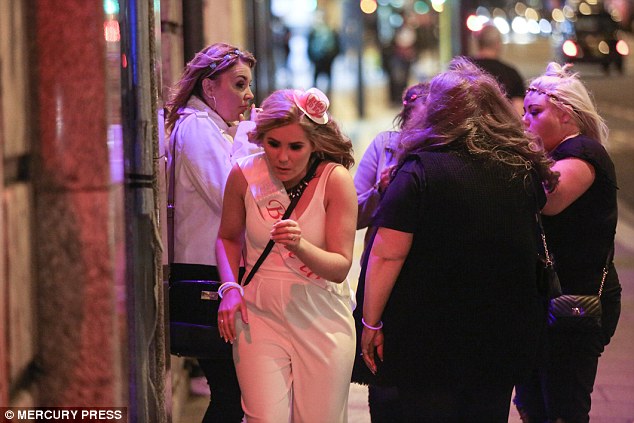 The Met Office predicted lots of rain and wind on Saturday and Sunday, with a weekend washout thought to be on the agenda.

Maximum temperatures are only expected to reach the high teens Celcius (mid-60Fs) across much of the UK.

And drivers set off on their Bank Holiday journeys early yesterday amid warnings of hour-long delays with more than 14million cars set to hit the roads. Scantily-clad partygoers headed to the bars in the city centre on Friday night, making the most of the dryer weather 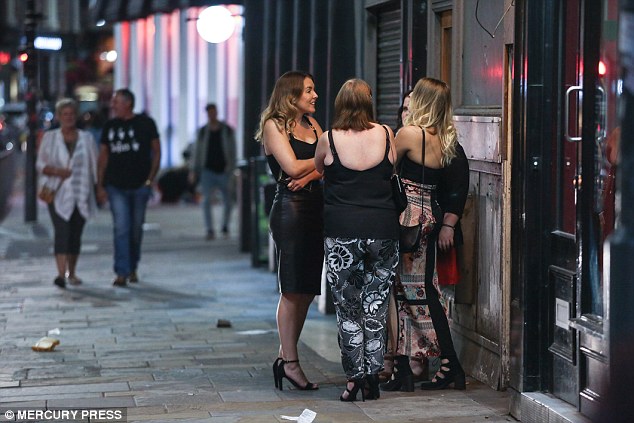 But residents of Liverpool wasted no time in making the most of the calm before the predicted storm.

A bride-to-be was seen jogging down the street wearing a mini top hat, while a group of lads cheerily hoisted each other off the ground.

Friends huddled by the roadside waiting to catch their taxis home in the early hours. 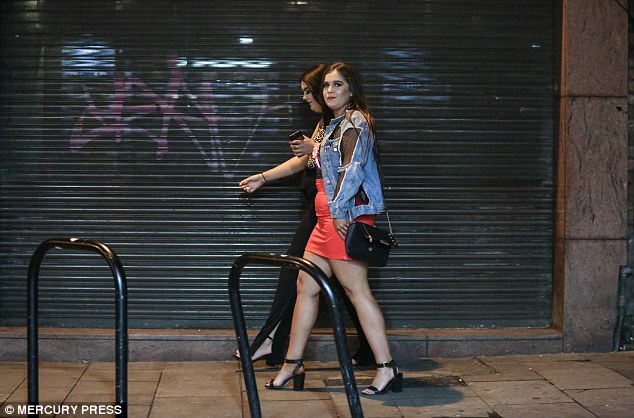 Home time? Revellers in Liverpool were not put off by the predicted weekend washout

Meanwhile, revellers at the Leeds and Reading festivals didn’t let the wet weather put them off their weekend of music.

They were seen arriving in their waterproofs and wellies and carrying umbrellas as rain beat down.