The empty streets where more than 100 houses once stood: Bare strip of land that was home to Victorian terrace is almost vacant after buildings were demolished because of flood risk

More than 100 houses on two village streets have been demolished after officials ruled they were too close to a fast-flowing river.

Pictures show empty land where more than 100 houses proudly stood earlier this year in the village of Merthyr Vale, a former mining town with a population of 3,800 in South Wales.

The Victorian terraces were evacuated to be torn down one-by-one after more than 100 years of being family homes.

Crescent Street and Taff Street no longer exists due to repeated flooding by the nearby River Taff.

Families in more than 100 homes were told to leave as safety experts ruled the streets were too dangerous to live in. 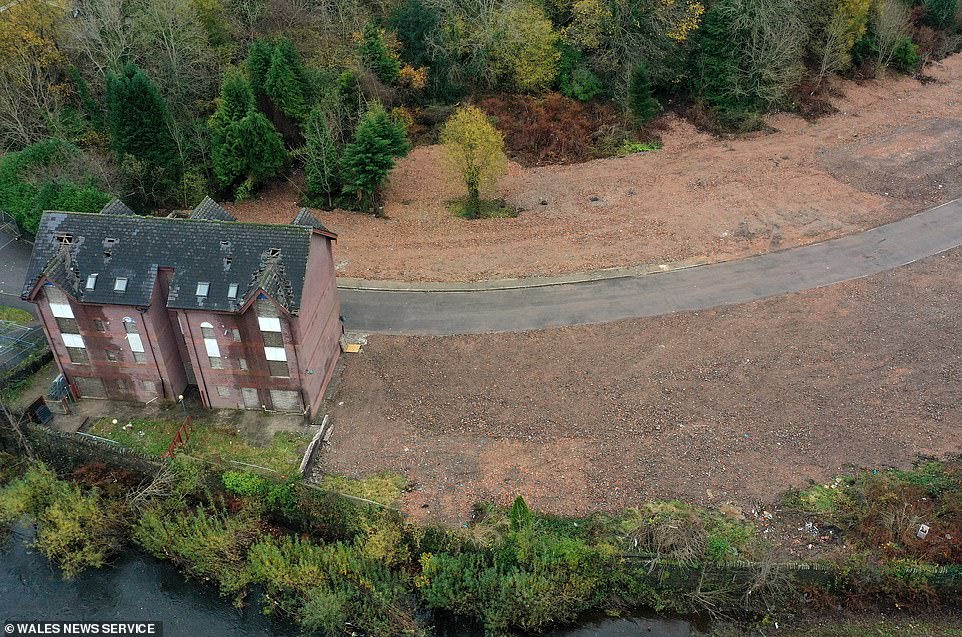 Taff Street is no more as a result of flooding from the very river it was named after. Officials deemed the houses too dangerous to live in. 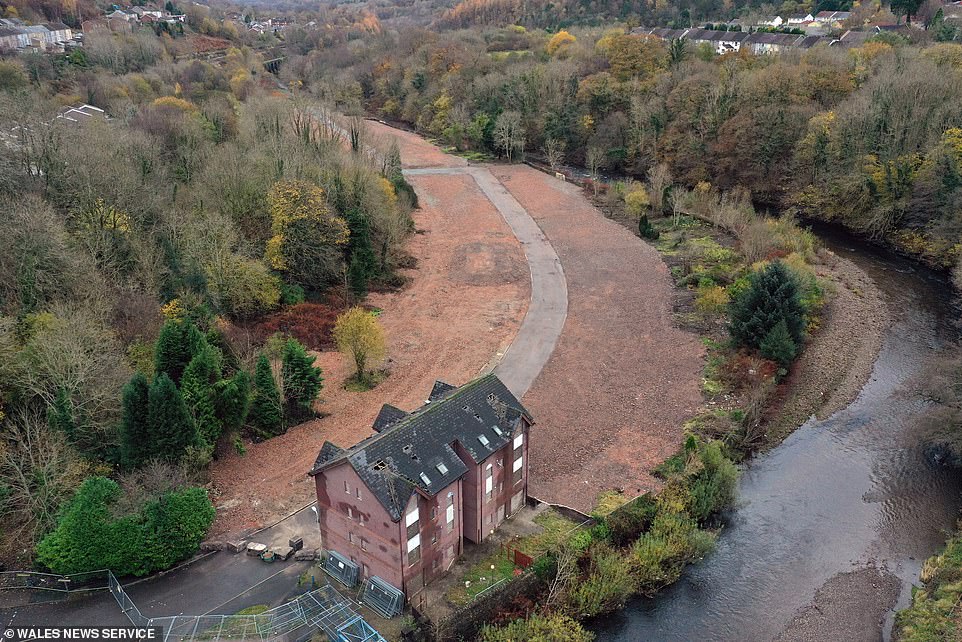 Before the demolition huge metal fences were put up at the street entrances in a bid to stop opportunistic thieves stealing roof tiles.

Heartbroken dad David Roberts had lived on the street for three decades before he finally agreed to sell.

He said: ‘I’d lived there for 30 years and raised my two children there. I didn’t want to move. I have very good memories.

‘In the summer everyone would be out on their doorsteps on their deck chairs or garden chairs having a cup of tea and a catch up outside each other’s houses and kids would be in the park playing.

‘With all the break-ins, it was getting a bit dangerous in the last few months, and I wanted to sell before a CPO.’ 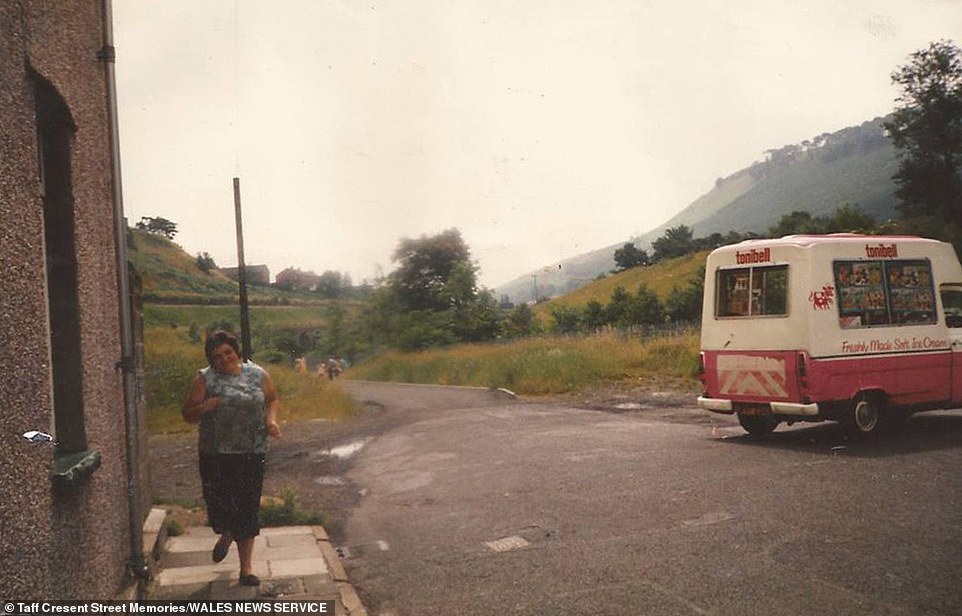 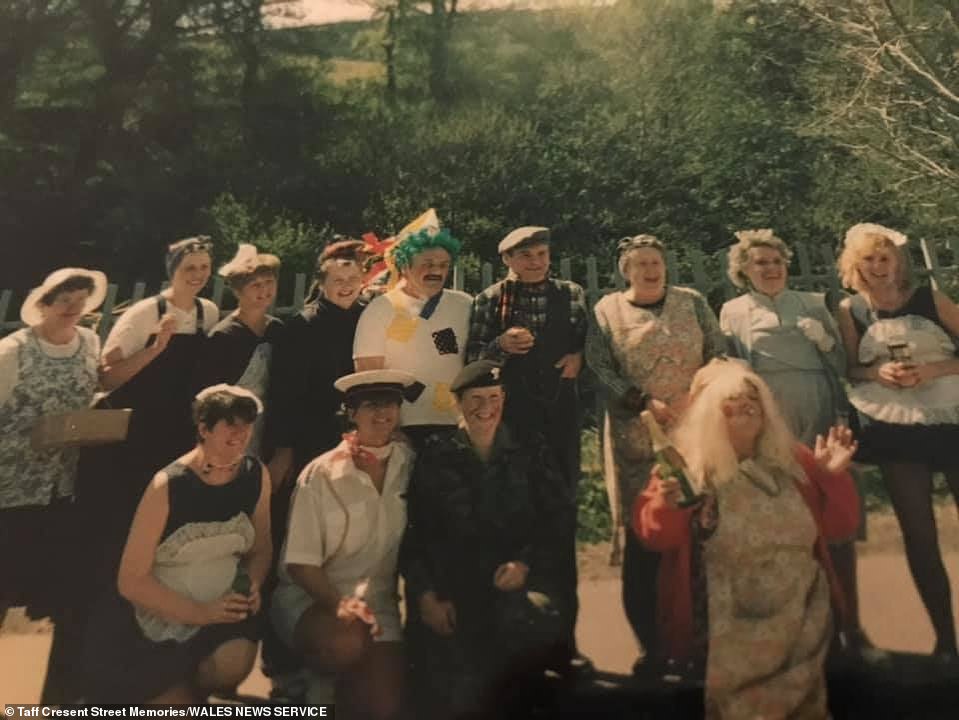 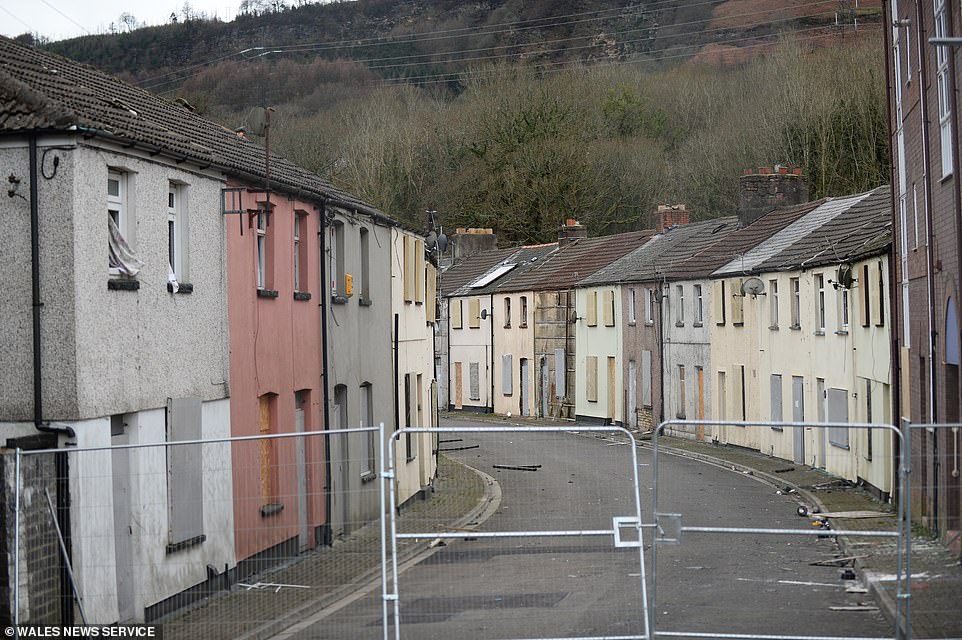 A social media tribute to the community reads: ‘Each morning the women who lived there would throw open their doors, bring out their chairs, and catch up on the gossip before starting their day.

‘At every opportunity the tables would come out, laden with food, for street parties which would carry on down the narrow terraced street and spill into the park at the end of the road.

‘Cousins lived next door to cousins, while mothers and daughters lived opposite each other on the colourful streets just a stone’s throw away from the nearby colliery.’

The move comes after Merthyr Tydfil County Borough Council decided to carry out a compulsory purchase order to buy and demolish the two streets.

It said there was a risk of flooding from the River Taff despite work being carried out by Natural Resources Wales to reduce the danger.

The remaining 58 houses were acquired by the council after negotiations with homeowners.

Families have now been rehomed after leaving behind the streets they had lived on for years.

A Merthyr Tydfil County Borough Council spokesperson said: ‘In 2018, the council proceeded with a Compulsory Purchase Order on the 100 properties after it decided they were unsafe to live in long term due to the risk of flooding.’