Bay City Roller Les McKeown’s Japanese widow reveals she often wanted to walk out on their stormy marriage due to his affairs with men AND women, cocaine addiction and two-bottle-a-day whisky habit

Bay City Roller Les McKeown’s widow has revealed she often wanted to walk out on the music legend during a nearly 40-year marriage beset by drink and drug addiction, as well as several affairs – including with at least 12 male partners.

In a candid social media post to promote her forthcoming memoir, Peko Keiko, admitted marriage with Leslie was ‘not all about good things’ and said being with him was ‘sometimes hard’, but that she loved him too much to leave him.

His Japanese-born widow wrote: ‘His demons are well-known and of course this affected his family and yes, sometimes I wanted to leave. I didn’t because I loved him and the mainly good times we had were beautiful.’ 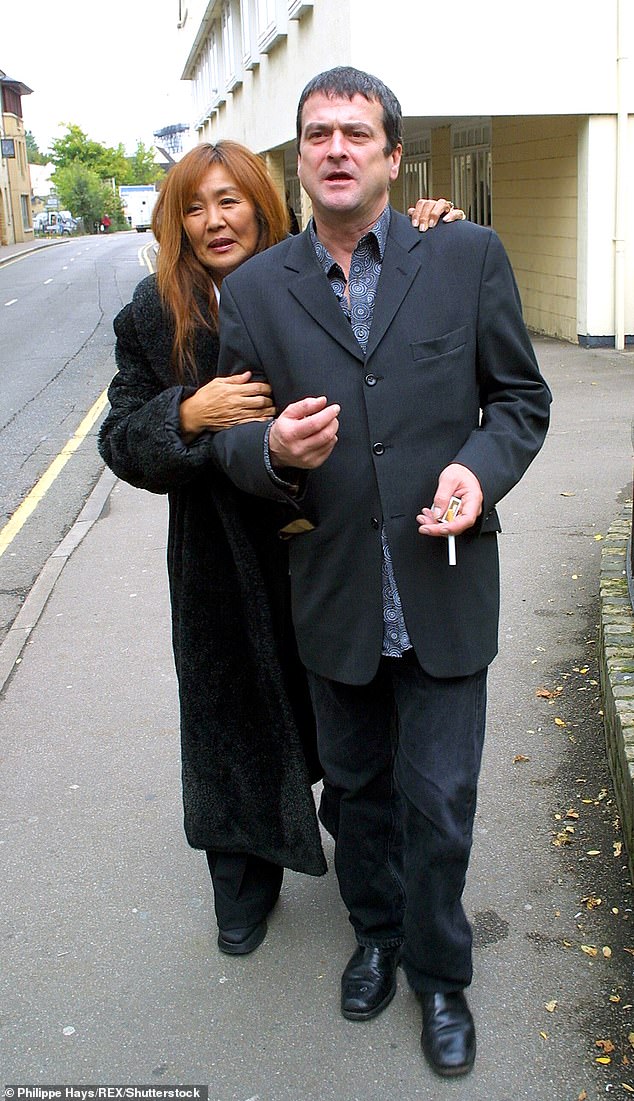 Peko Keiko (left) has admitted marriage with Les McKeown, pictured in 2005, was  ‘not all about good things’ but that she had loved the Bay City Rollers star too much to leave him

Her new book, Beloved Leslie, is due to be published on 25 October in Japan with a digital version slated for later this year.

Peko said some fans were ‘shocked and saddened’ by reports that the book presents a negative image of the late Scottish star – who died in April aged 65 from a suspected heart attack brought on by his long-term addictions to alcohol and drugs – but dismissed this idea.

She explained: ‘I want to explain that Beloved Leslie (Itoshino-Leslie) is exactly that – a book about how beloved he is.

‘Some of you were shocked and saddened by what you have read this week and I am deeply sorry.

‘This is to reassure you that this book that I started writing two years ago, that Leslie knew about and was looking forward to, came from a wish to put down in words how much we loved each other and for everyone to know about the unique love we shared.’ 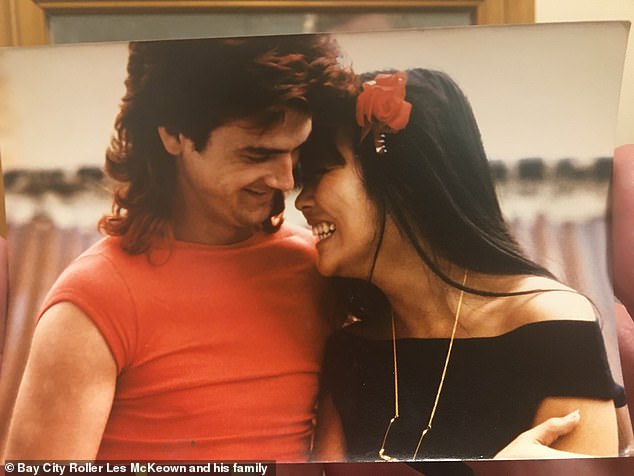 Les McKeown and Peko Keiko stayed together for almost 40 years despite a marriage rocked by his alcohol and drug addictions, as well as several affairs with women and at least 12 men

She added: ‘My book does not portray Leslie in a bad light. It is the publisher’s advertising, written as they thought best to sell the book. It is easy to understand why you would think the book is all negative and built around shocking content. It is not.

‘If you read the book, you will understand how and why we stayed together to the end, overcoming so many traumas and negative influences.’

Peko, who met the Scottish Bay City Rollers singer in 1978 and married each other soon after, always forgave him for his vices including affairs with numerous women and at least 12 male partners.

Of the latter, Les said his gay relationships had been ‘really hard for her to confront’.

By his own admission, Les, who died in April aged 65 of a suspected heart attack, said in an interview before his death: ‘She could have kicked my a**e right out the door a long time ago.’

He admitted that he had been secretly gay for 30 years and alongside his philandering he would drink two bottles of Wild Turkey bourbon a day along with piles of cocaine that the singer admitted turned him into ‘a complete b*****d’ for many years.

But loyal Peko had always forgiven him and stood by him while caring for their son, Jubei, while helping her husband beat drink and drugs.

While seeing a therapist for his addiction problems, Les claimed that, aged just 19, he was raped by another man during the height of his Rollers fame. 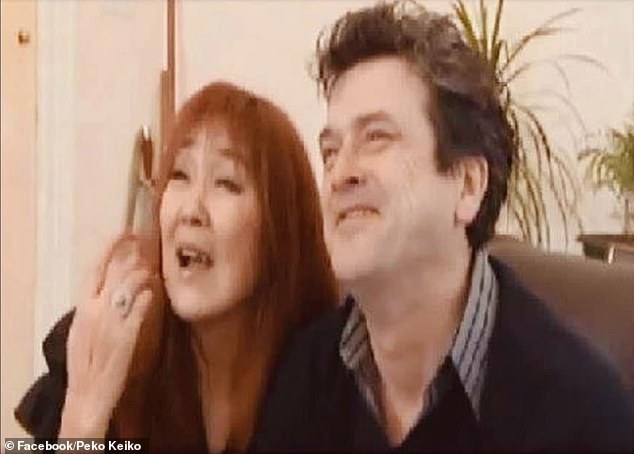 He also courted controversy after he ran over and killed an elderly neighbour, Euphemia Clunie in 1975, only paying a £150 fine and getting a year’s ban from driving.

He was later accused – but cleared – of wounding a teenage fan shot in the forehead with an air rifle outside his home.

Peko stayed with him throughout these woes and despite dwindling money, which had seen them living together in an east London flat.

He always maintained they should have lived on a Scottish estate with a £20million – but insisted he was ripped off in a royalties row.

During an interview in 2009 he said: ‘Peko’s an incredible woman. There have been times when she’s forgiven me for cheating with other women. This gay thing has been really hard for her to confront. She has been a big rock holding the family together and I’m lucky to have her.’

He continued ‘We went through a bit of a rough patch but then we got back together again and everything is good now, I don’t want to change things round in my life now. I met her in 1978 and we’ve been going out ever since’.

Les and Peko first met at the height of the Rollers’ fame when they sold 100million records and millions of teenagers had the band’s posters on their walls in the 1970s.

But by the end of the decade the band was in ruins, wrecked by fights, drugs and alcohol, with pin-up McKeown only drafted in into the Bay City Rollers at the last minute to replace Nobby Clark, soon becoming the biggest star, causing rancour with his bandmates.

The band had a string of monster-selling singles, including Bye Bye Baby and Give a Little Love, both of which hit number one in 1975.

They were mobbed by fans everywhere they went; their tartan-trimmed flares were the fashion statement of the year.

And McKeown – parachuted into the band at the luckiest possible moment aged 18 -was the most lusted after pin-up of the lot. By 22 he had left.