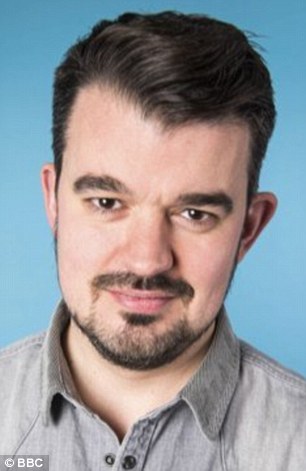 An emotional BBC Radio 5 Live presenter fought back tears today as he announced the ‘very sad’ death of his colleague Rachael Bland aged 40.

Chris Warbuton was live on air at 11am when he revealed the news that Bland had died following her inspirational two-year public battle with cancer.

The mother-of-one and newsreader from Cheshire, who had triple negative breast cancer, moved thousands of people who hailed her bravery and dignity as she fought terminal illness.

Announcing the death today, an audibly emotional Warbuton said: ‘Good morning, it’s now 11am and this is Chris Warbuton on 5 Live. And I’m afraid I’ve got some very sad news to bring you.

‘And the news is that our beloved colleague, 5 Live presenter and newsreader Rachael Bland has died this morning, nearly two years after she was first diagnosed with breast cancer. Rachael leaves behind her husband Steve and her young son Freddie.’ 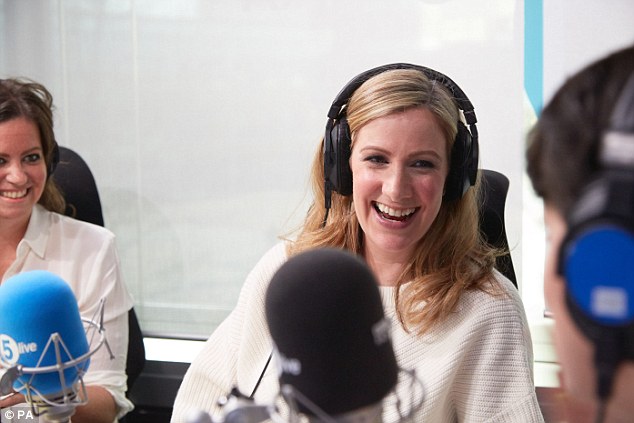 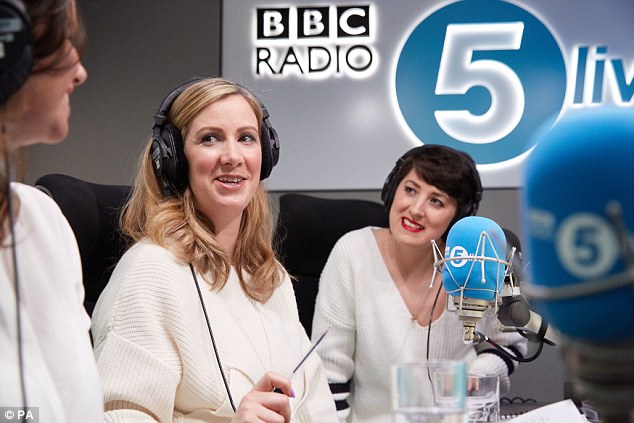 Bland died this morning, nearly two years after she was first diagnosed with breast cancer

He then gave an obituary for his colleague, who had died only eight hours earlier, before his voice wobbled as he read out a tribute from Bland’s husband Steve.

Bland’s other colleagues also paid tribute to her today, including Tony Livesey, presenter of 5 Live Drive, who talked about the on-air rapport they shared.

Speaking to 5 Live’s Chris Warburton, Livesey said: ‘Initially when we first met I thought she was a posh girl, we were chalk and cheese. But we just got on so well.

‘What I’m getting from people today who remembered the evening show we did together was just how we were slightly bonkers together.

‘And we helped a lot of people through a lot of tough times. It’s our job to do that now with Steve and Freddie.’ 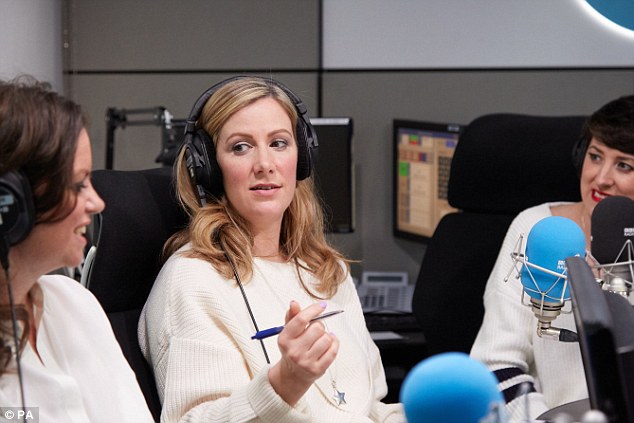 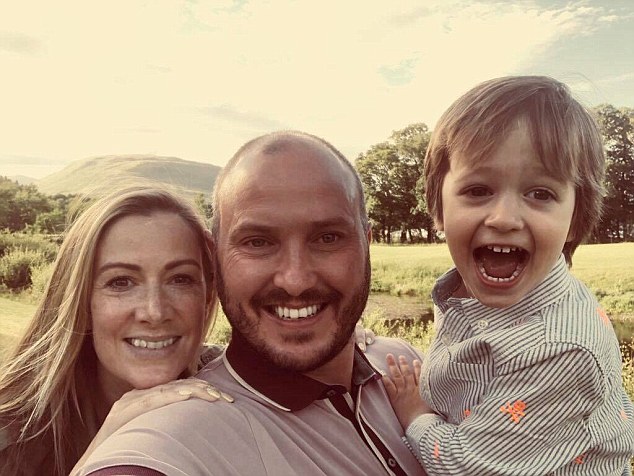 Bland, pictured with her husband Steve and three-year-old Freddie, died early this morning

Livesey added: ‘The closer to death she became, the determination she had to stick two fingers up to cancer was gloriously disproportionate to her state of health.’

Livesey revealed how Bland encouraged her colleagues not to be sad around her following her diagnosis.

He described her as an ‘established pro’ who helped him learn the ropes when he came to the station.

Livesey said: ‘She would be on air and there would be breaking news and she was as consummate a BBC professional as you could find.

‘She would have the nation gripped and she would inform the nation and the next minute she would be laughing.’ 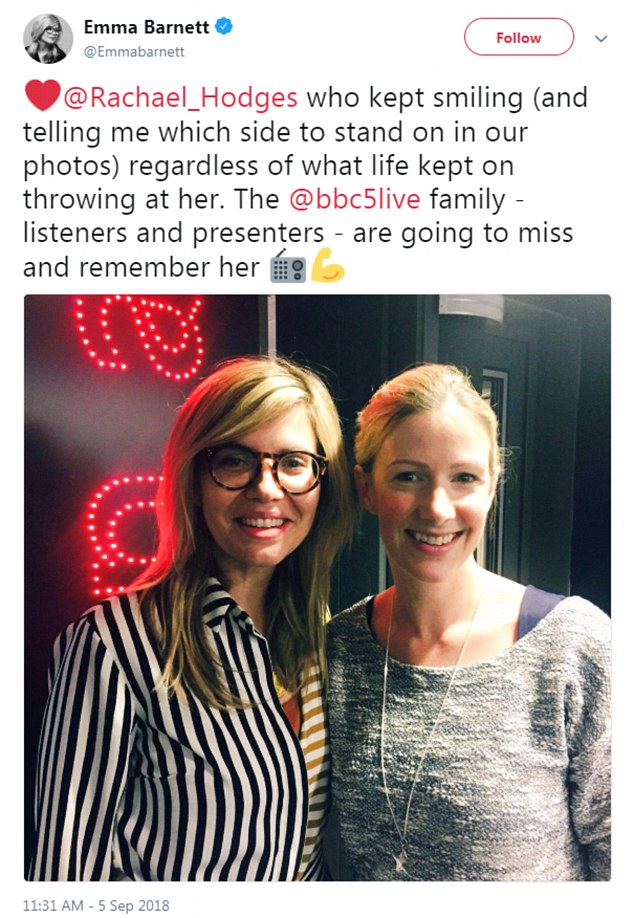 5 Live host Emma Barnett (left, with Bland) tweeted: ‘Rachael Bland who kept smiling (and telling me which side to stand on in our photos) regardless of what life kept on throwing at her’ 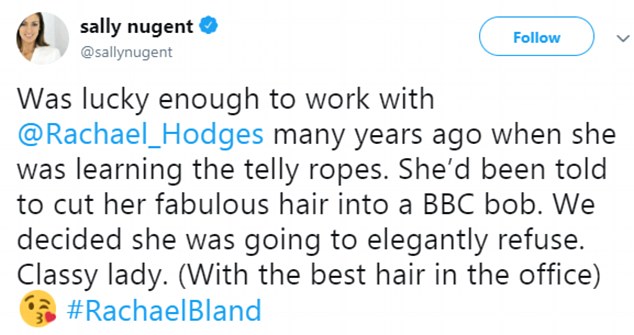 A number of other fellow broadcasters also shared their sadness at the news of her death.

BBC Radio broadcaster Eleanor Oldroyd tweeted: ‘No one was more important to Rachael than her beloved Steve and Freddie. But BBC 5 Live is an extended family, and this feels like a family bereavement. RIP Rachael #YouMeBigC.’

Zoe Ball said: ‘Rest in peace dear Rachael. So moved by her strength and bravery, her honesty, as a mum, as a woman.

‘Makes you stop to think about how precious our moments here are. She’s helped and will continue to help so many folk fighting cancer and life threatening illnesses.’

Radio 5’s controller, Jonathan Wall, described the presenter as ‘part of the fabric of 5 Live’ and said that today was ‘a very sad day for all of us and so many of our listeners’.

He ended his tribute saying: ‘We are all so proud at what she achieved – a truly heroic broadcaster and lovely wife, daughter and mum.’