The BBC faces potential restrictions in Russia in response to an Ofcom ruling that found TV station RT broke impartiality rules after the Salisbury novichok attack.

RT which critics have branded a ‘propaganda mouthpiece for the Russian state’, failed to preserve due impartiality in seven news programmes over a six-week period, Ofcom said yesterday.

The watchdog is now considering sanctions, which, if imposed, could range from a statement read out on air, a fine, or, as a last resort, revocation of their licence.

This morning, the Kremlin’s Foreign Ministry spokeswoman, Maria Zakharova said Britain’s actions against the Russian broadcaster leave Moscow with no option but to respond in kind.

The Kremlin also claimed BBC coverage was ‘tendentious and politically motivated’ and that questions over its reporting had accumulated over a long time.

It comes after Russia’s media regulator Roskomnadzor said it would carry out checks to determine if the BBC World News channel and BBC internet sites complied with Russian law, a move it described as a response to British pressure on RT. 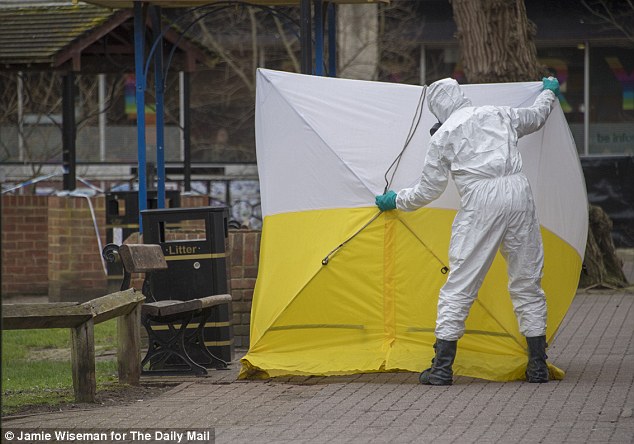 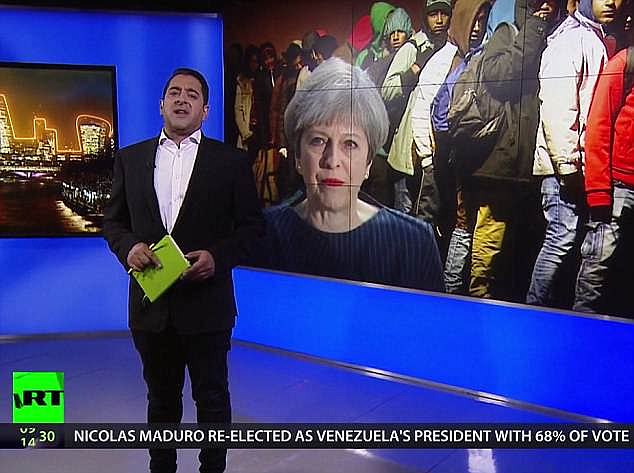 Roskomnadzor, the Russian media regulator, said in a statement its checks were Russia’s response to a decision by Ofcom, which on Thursday said RT had broken impartiality rules in some of its news and current affairs programmes (file picture)

If any violations of Russian law are found, the BBC could be restricted in Russia, Interfax said citing a source familiar with the investigation.

Roskomnadzor, the regulator, said in a statement its checks were Russia’s response to Ofcom’s decision yesterday.

‘The results of our check will be announced separately,’ the Russian regulator said.

‘As everywhere else in the world, the BBC works in Russia in full compliance with the country’s laws and regulations to deliver independent news and information to its audiences,’ said a spokeswoman for the British publicly owned broadcaster.

Ofcom said on Thursday it was considering imposing some kind of sanction on RT, which is financed by the Russian state. It took issue in particular with its coverage of the poisoning in Britain of former Russian spy Sergei Skripal and his daughter.

Britain has accused agents working for Russia’s military intelligence agency, the GRU, of committing the crime, an allegation Moscow denies.

British Media Secretary Jeremy Wright also weighed in on Thursday, saying what he called RT’s mask as an impartial news provider was slipping. 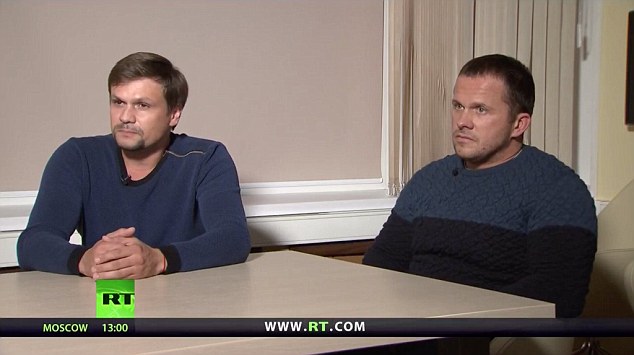 RT was ridiculed for failing to properly question the two prime suspects in the chemical weapons attack, Alexander Mishkin and Anatoly Chepiga

RT rejected Ofcom’s findings, saying Ofcom had ignored its explanations and not paid ‘due regard’ to its rights.

Commenting on the launch of the Russian investigation on Friday, Margarita Simonyan, RT’s editor-in-chief, said on Twitter that Ofcom had hinted that it planned to strip her channel of its broadcasting licence in Britain.

‘(Welcome to the) brave new world,’ she wrote.

‘I assume they (the Russian regulator) will now look to see if the BBC expresses alternative points of view. With a microscope.’

Russian state media has criticised the BBC in recent days, accusing it of trying to falsely prove that Moscow was involved in whipping up street protests in France, a charge that Russia rejects.