Quite a bit of rain will be with many parts of the UK for most of the day, according to meteorologist Matt Taylor. The weather presenter told BBC Breakfast that some sunshine was also possible so it wouldn’t be a “washout of a day”. He pointed to the clouds of low pressure swirling around the Atlantic Sea as the spark for some “livelier weather” this weekend.

Mr Taylor told viewers: “A huge strip of cloud over the country is what is producing heavy rain at the moment across parts of Scotland and Northern Ireland.

“Clearing away from Northern Ireland over the next few hours, conditions will be brighter.

“But heavy rain will move into northwest England, Wales and the southwest through the morning.

“We have got a few showers across the south and east for a time this morning, and some sunshine too.” 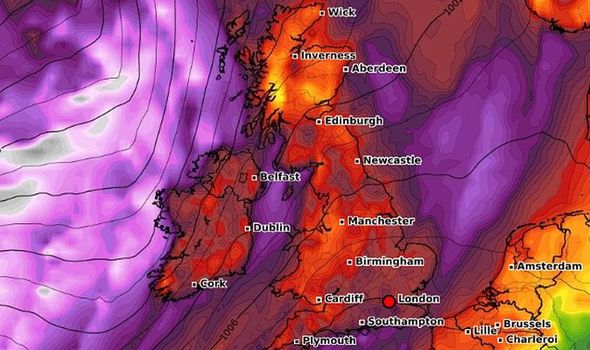 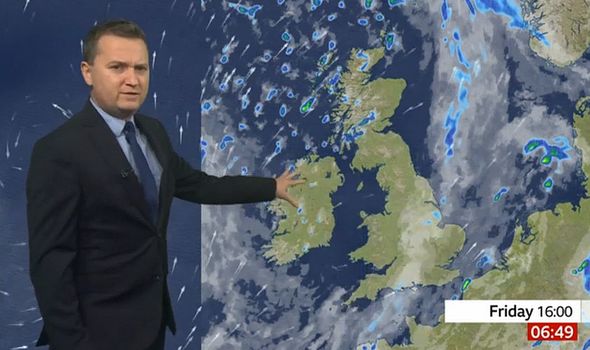 He continued: “And notice how our cloud, as it pushes it’s way eastwards, the rain will start to turn lighter and patchier as it hits the Midlands.

“Temperatures today will be maybe 14 to 15 degrees in the southeast corner.

“There’ll be a fresher feel further north and west even though many will finish the day with some sunshine.

“There’ll be just a few showers in western Scotland.” 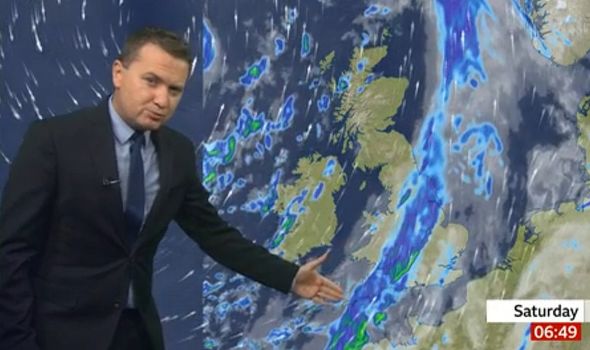 The BBC presenter added: “As we go into tonight, there’ll be a few showers still clipping the southeast corner.

“Many eastern areas will be dry.

“It looks almost the repeat of last night as heavy rain starts to spread its way into Northern Ireland and western Scotland for the dawn tomorrow.” 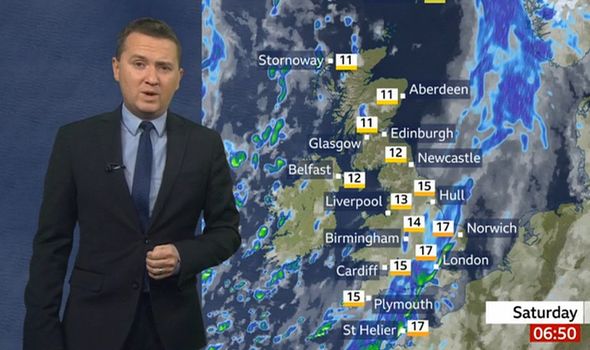 Mr Taylor said: “But to go with the heavy rain tomorrow, we’ll also have pretty strong and gusty winds.

“If you’re on the move, just be weary, could be some travel problems around, particularly on the ferries and the bridges. Check before you travel.

“We’ll see those strong and gusty winds quite widely.

“The strongest winds will attach to this rain band as it works its way eastwards.

“We could see winds touch 50, maybe 60mph, but quite widely we’ll see them touch gale force. It could even get to 70mph in some parts.”