BBC  Weather’s Carol Kirkwood warned of “damaging and disruptive” gales across Britain this week despite mild temperatures. A huge weather front will soak the country before it becomes dry on Friday. However, frost is expected as temperatures will drop to 7C by the end of the week.

Ms Kirkwood said: “The weather is looking pretty unsettled some of us are seeing gales, even severe gales at times particularly today and tomorrow.

“But it’s going to be generally mild especially tomorrow.

“We will have a cooler end to the week and Friday is looking drier as well.

“There’s an array of isobars in the charts telling you that we’ve got a windy day ahead particularly in the north and the west. 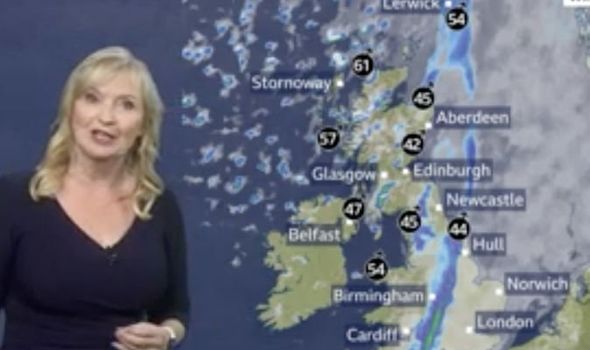 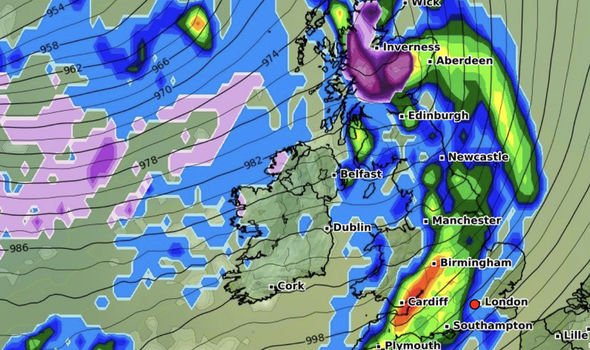 “We’ve got a weather front coming in and that’s going to be bringing us some rain.

“Ahead of that there are some brighter gaps. A lot of cloud with some rain marching in from the west pushing steadily eastward.

“You can see in the northern and western Isles we are looking at those highest gusts.”

The rain is moving in a narrow band across the UK but behind it in Scotland there is a mixture of sunshine and showers. 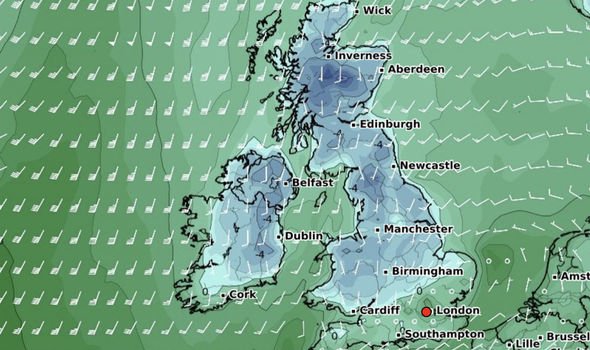 Ms Kirkwood continued: “Through the night is clear skies with a touch of frost and then we’ve got a couple of weather fronts coming our way.”

Severe gales in the north and west are expected over the coming days.

The Met Office has issued yellow warnings for wind on Tuesday for Scotland and the north of England.

The strong winds could bring down electricity lines, leading to power cuts, as well as causing delays to bus services and rail, air and ferry transport. 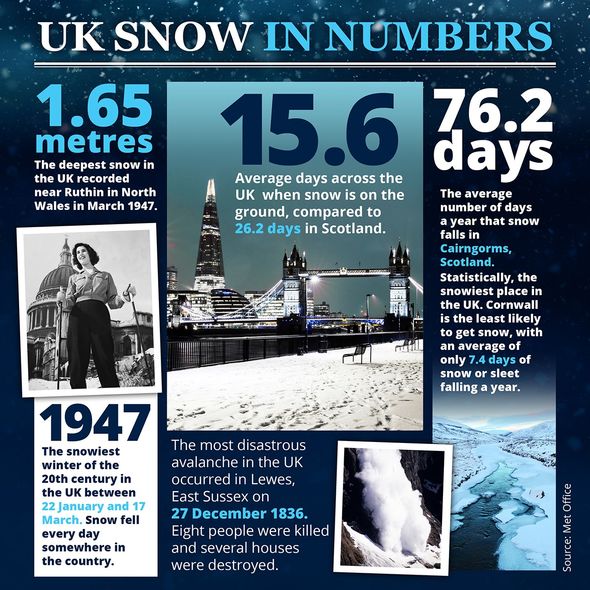 The Environment Agency put out six flood warnings and 26 flood alerts on Sunday, as ground water levels still remain high in many parts of the country.

According to netweather.tv, three spells of wet, windy weather will arrive in the coming days, on Monday, Tuesday and Thursday.

Rain will arrive across the west of Ireland and into the northwest of Scotland first thing on Monday, spreading across much of Scotland and into other western parts of Britain by lunchtime.

Winds will be gusting to 60mph in exposed parts of the north and west during the morning too, before slowly falling back into the afternoon.