BBC Weather forecaster Stav Danaos said Europe can expect heavy snowfalls over the weekend and in the new week. He added that France could experience more flooding issues as extra rain is expected to hit across western Europe. In contrast, southeast Europe will continue to have warm and dry weather with temperatures in the mid to high teens.

Mr Danaos said: “While most of southern Europe will remain on the warm side with some sunshine, we are looking at the coldest snap of the season so far for the north of Europe.

“This is because Arctic air is spreading southwards.”

In addition to this, the BBC Weather forecaster noted that heavy rain could cause flooding in France.

He said: “There is quite a lot of cloud through central-western parts of Europe. 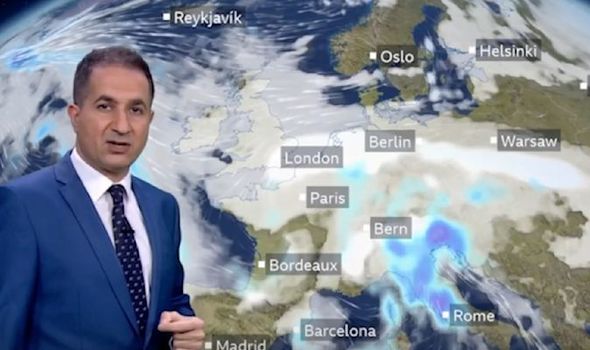 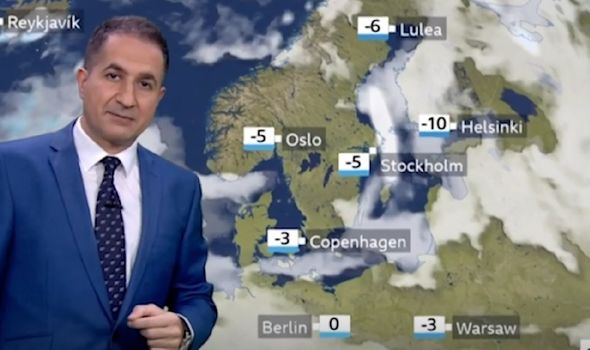 “There will be rain-bearing cloud through Iberia and again affecting parts of France.

“This is very bad news as the ground here is saturated, any more rain fallen is likely to exacerbate already existing flooding problems.

“River levels are running extremely high in much of the country.”

The forecaster noted how warm weather is expected in the southeastern parts of Europe over the weekend. 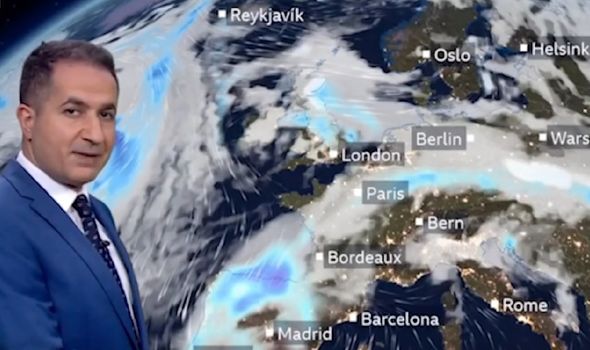 Mr Danaos said: “On the flip side, it is dry and sunny for the eastern Mediterranean.

“This is for Greece and the islands and stretching into the south Balkans there.

“In northeast Europe and the Baltic states and for Scandinavia, this cold snap is making its progress southwards.

“The cold air sinks its way southwards and westwards and will be affecting the British Isles. 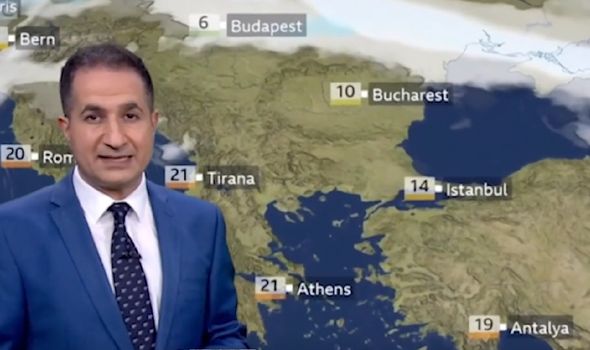 “We could see a spell of pretty disruptive snow across parts of Germany, Denmark and perhaps southeast England on Sunday.”

The Met Office has also issued a rain and snow weather warning for the UK over the next few days.

This bout of wintry weather is expected to cause disruption across the country.