BBC Weather: Europe to bake in 20C heat as freezing Arctic air pushed away from continent

BBC Weather forecaster Helen Willetts said temperatures will continue to rise in parts of Europe over the coming days. Much of western and central Europe will have sunshine and temperatures in the mid to high teens. Countries in the southeast of Europe will also see some of the warmest weather with temperatures reaching 20C.

Ms Willets said: “The cold air is becoming evermore confined to the western side of Russia and up into Finland and northern Scandinavia.

“You can still see some snow passing through the likes of Moscow through the start of Thursday.

“Behind it, temperatures will be rising, having been below freezing and they will be up seven degrees Celsius by Thursday afternoon.

“That warmth will also be across Poland.” 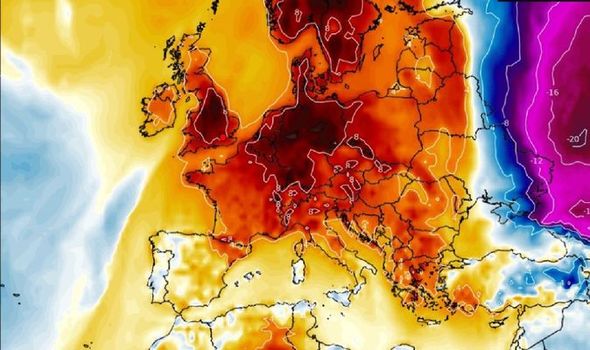 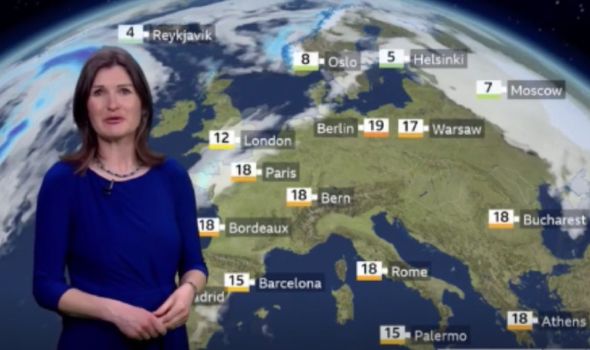 The BBC Weather forecaster noted that in central and western Europe temperatures will be in the high teens.

Despite this, there will be some thick fog for some areas.

She continued: “We will have some issues for the likes of Hungary and Italy with some stubborn fog to clear.

“This is often the case for this time of year, this weather front will be moving across the southeast of the UK into the northern parts of the Low Countries.” 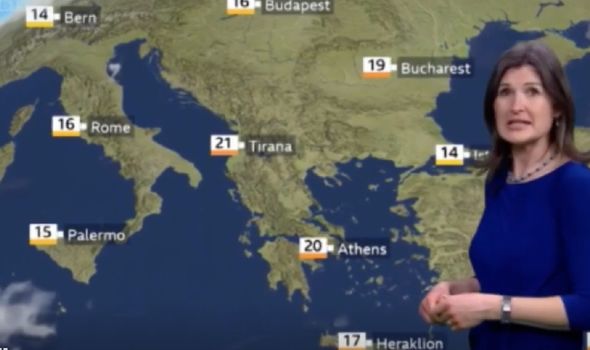 The southeast of Europe can expect some of the hottest temperatures over the next few days.

Greece and Albania will see the hottest temperatures as they reach 21C by Friday.

Ms Willetts continued: “For many parts of Greece and Turkey and Cyprus there will be settled and dry weather. 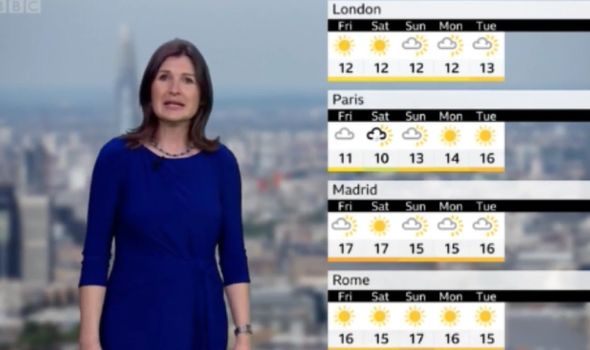 “A few showers coming across France as a new weather front also brings some showers into parts of Portugal and Spain.

“Even in Scandinavia temperatures will be rising.”

Temperatures in the UK and France will stay in the lower teens for the rest of the week.

Temperatures in Spain and Italy will be slightly warmer and be closer to 20C.