BBC Weather has warned of heavy downpours and potential flooding in eastern Europe, namely over France and Spain. BBC Weather forecast Stav Danaos explained the wet weather and cloudy conditions will be of contrast to the east of Europe that will see warm and dry conditions for the next few days. The wet low-pressure weather front in the east will slowly begin to move eastward as we go through the week and could bring heavy showers to Italy by Thursday.

Mr Danaos said: “We still have got an area of low pressure bringing unsettled conditions for the western Mediterranean.

“Eastern Spain and southern France, here is where you can see where the rain has been on the satellite picture for the last 24 hours.

“Further east there is a different story here in Europe.

“There will be lots of sunshine and even some high temperatures for the time of year around the Adriatic and the Balkans. 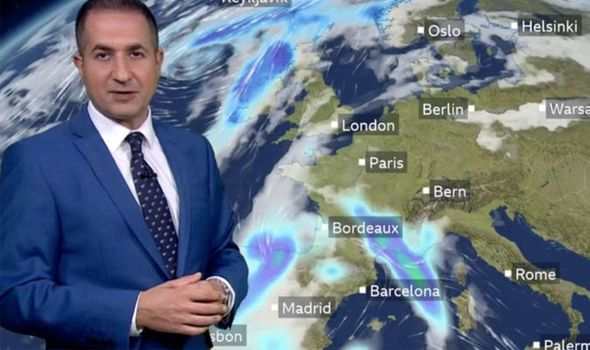 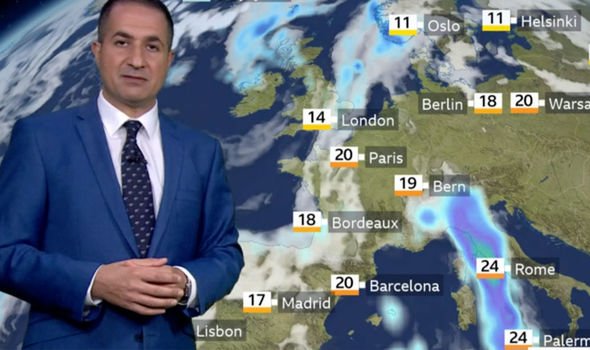 “Central and northern Europe are not doing too badly, there will be quite a bit of sunshine around on Wednesday.

“We are looking at some unsettled weather pushing into the northwest and parts of the British Isles and Ireland as we head on into Thursday.

“We have got a weak area of low pressure bringing in some showers and storms in Cyprus, elsewhere plenty of sunshine in the Mediterranean.

“It will remain unsettled around the west, and just 10 degrees Celsius in Madrid on Wednesday with some heavy rain and cloudy skies. 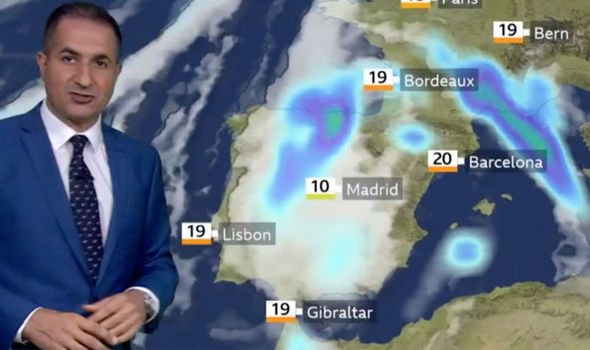 “But central northern France into the low countries of central-northern Germany not doing too badly with temperatures around 19 or 20C.

“It looks like the rain across the western Mediterranean pushes a little bit further eastwards which could affect parts of Italy with some heavy downpours.

“But again the east and the south of the Balkans stays dry sunny and warm. 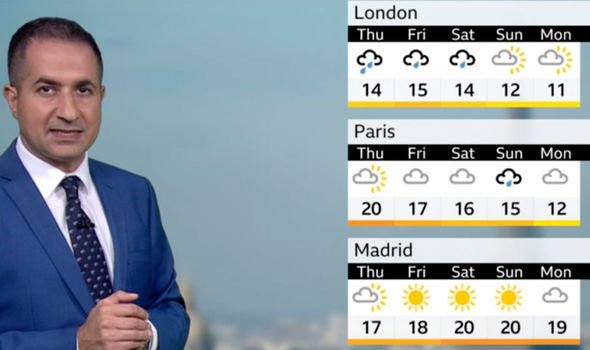 “It turns more unsettled across the British Isles to end the week.

“There will be some heavy rain at times and you will then notice a drop in temperature and that goes for Paris too as the winds begin to set in.

“For Berlin, it will be a warm couple of days before it starts to turn cooler as well into next week but it is currently a dry and sunny outlook.”