BBC Meteorologist Matt Taylor started his report with a bleak outlook for this morning, saying it would be “a bit grey, a bit damp and a bit windy”. However, the weather presenter promised that “sunny spells would develop quite widely”. This comes courtesy of what was Storm Gabriel, long since passed away from being a tropical storm.

He continued: “Rain is fairly hit and miss across the country, some of the heaviest bursts in North West England and North Wales.

“Lots of cloud for England and Wales, brighter for Scotland and Northern Ireland.

“We will see brighter weather develop quite widely across England and Wales into the afternoon.

“The big exception will be across the southern most counties and across the Channel Islands which will stay quite overcast, damp and drizzly throughout.” 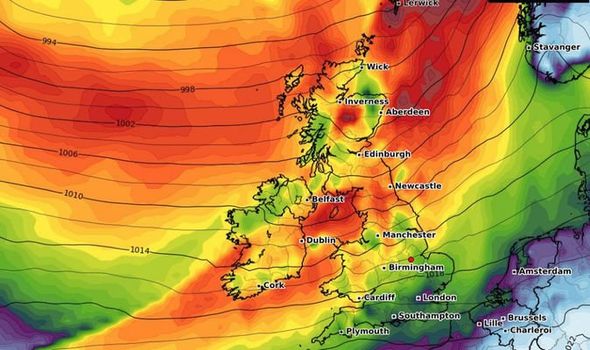 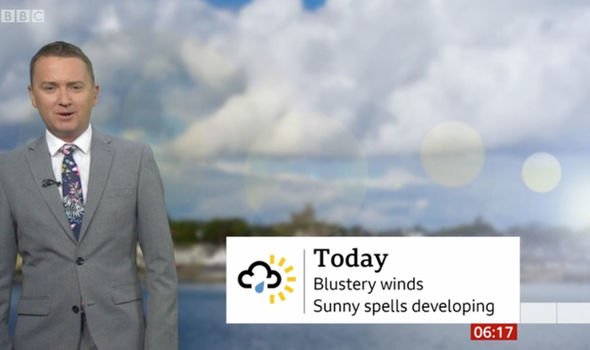 He said: “The winds will touch 30, maybe 40mph on the coast, a little bit less than that inland.

“Some sunny spells and isolated showers for the midlands, Wales and northwards.

“Maybe a few more showers across the west of Scotland where we can see winds touch 40, maybe 50mph.

“Nothing untoward, just a generally blustery day for September.” 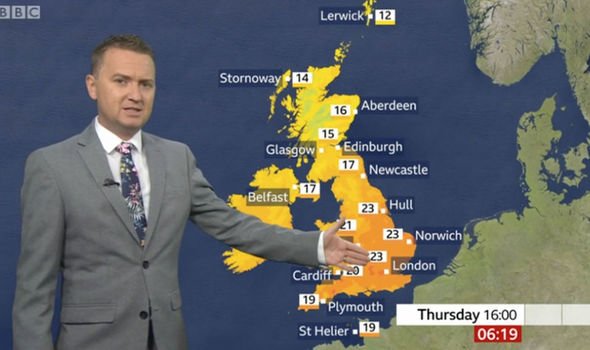 Despite this, the BBC presenter said that “temperatures will be around 15 to 22 Celsius.

“Into this evening and overnight, it will be blustery for time, the winds will ease temporarily.

“Some partly clear skies for most, staying grey and a bit drizzly awards the southwest corner.” 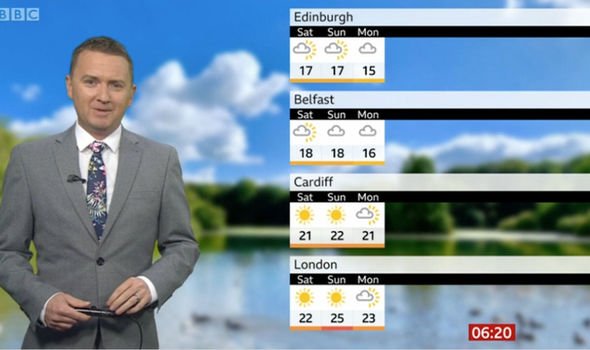 Later in the night, we will see “rain return to northwest Ireland and western parts of Scotland.

“Temperatures tonight into Thursday morning will stay in double figures.

“For England and Wales, it will be a generally nice start with some sunshine, turning cloudier throughout but with sunny spells continuing towards the south east corner.

“Temperatures will be around 23 or 24 with an extra humid feel further north.

“We have a dry and sunny weekend to look forward to.”