A huge “heavy snow blizzard” could smash Europe in the next coming days, according to the latest BBC weather forecast. The BBC’s Stav Danos said forecasts showed a “potentially strong winter storm” sweeping across Europe tomorrow. Meteorologist Marko Korosec echoed this, warning that Europe could see an “intense cyclone” unleash excessive rainfall and blizzards within days.

This freezing blizzard could spark travel chaos across Europe, with the regions surrounding the Alps particularly hit by “very intense snowfall”.

Up to 30cm of snow could fall there in just six hours, according to the forecast on WXCharts.

Danos said: “It stays unsettled for the North-West. There are stronger winds, with showers and longer spells of rain.

“There is some cold air as well, with wintry weather over high lands.”

JUST IN: Corbynista stuns Sky News hosts after swearing live on air at 9 in the morning ‘P*** off!’ 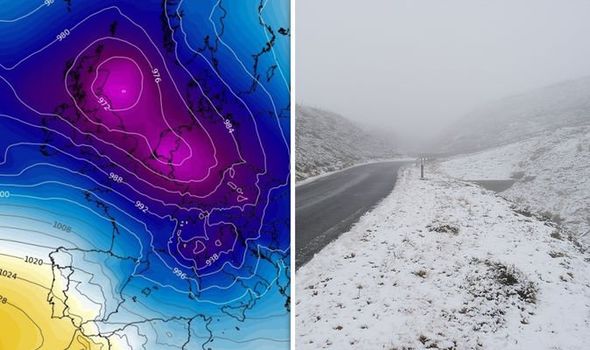 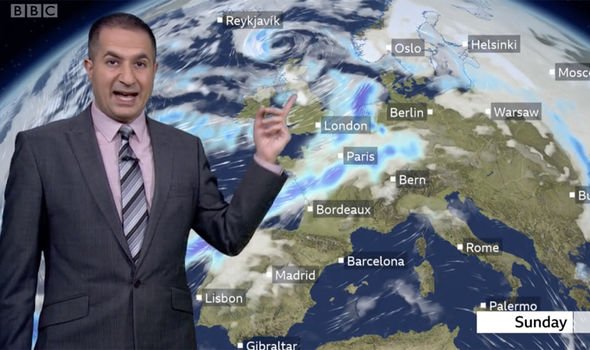 Danos continued: “There is another band of rain pushing into Spain, Biscay, Northern France and into Germany.

“Again, here we could see some snow over the high grounds.

“The wettest weather is in Portugal and north-west Spain as that weather front brings outbreaks of rain.

“There is a colder feel to things in Ireland, British Isles and Scandinavia.” 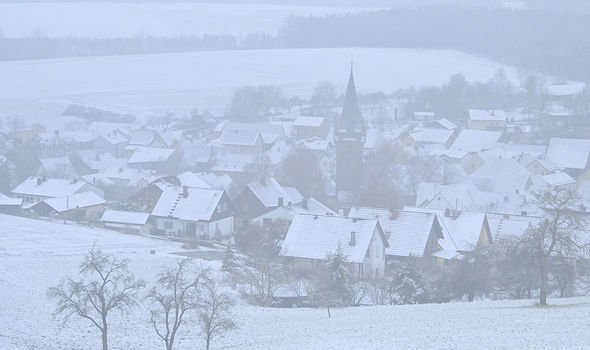 Korosec said that “blizzard conditions” will develop over the Central Europe.

Sunday could also see “severe windstorms” crash into the British Isles and France.

The unsettled weather has also sparked flood warnings in Greece, as a storm system moves over the region. 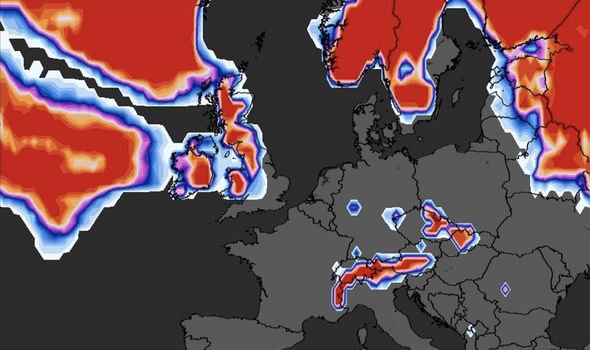 In the UK, temperatures could drop to an astonishing -7C tonigh as the Met Office warned motorists about icy roads.

Floodwater on roads has already caused disruption in Leicestershire where firefighters rescued one driver.

Gale-force winds of up to 60mph expected in some areas, which could make weather feel more like freezing.