BBC Weather forecaster Chris Fawkes explained central Europe will begin the weekend with heavy rain and thunderstorms. He added this rain will move to eastern Europe by Sunday leaving the north and central parts of the continent relatively dry. Spain will see the warmest weather on the continent with temperatures above 30C.

This warm air will force a surge in temperature across central Europe on Sunday and into the new week.

Mr Fawkes said: “We have got some very mixed weather conditions across Europe this weekend.

“It is unsettled due to this area of low pressure and it will be bringing widespread thundery showers across much of northern Europe.

“Some of them with hail and thunder mixed in as well. 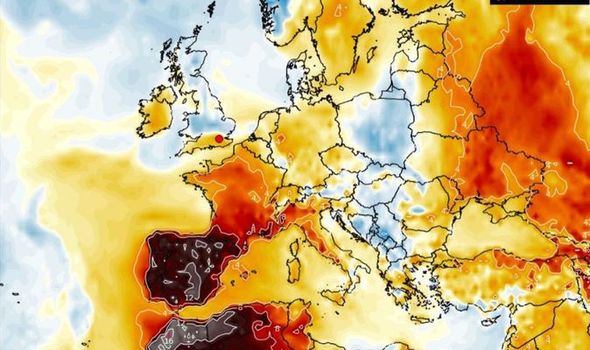 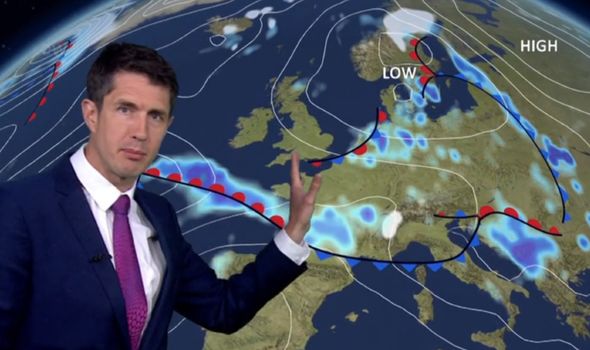 “For western and southern areas of France, we have more persistent outbreaks of rain to come this weekend.

“France could see 30 to 50mm of rainfall in places.

“Across Spain, we will see some very high temperatures for the time of year.

“Temperatures in Valencia, for example, pushing into the low 30Cs.” 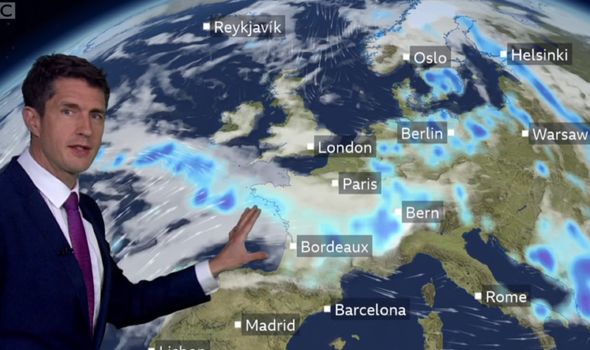 The BBC Weather forecaster explained the showers over central Europe will move further east on Sunday.

While there will be less rain for parts of central and northern Europe, it will relatively cloudy.

The weather front will bring heavy rainfall for eastern parts of Europe on Sunday, however.

He continued: “Across eastern Europe, we will see outbreaks of rain move into Romania and push into Bulgaria and western parts of Turkey during Sunday. 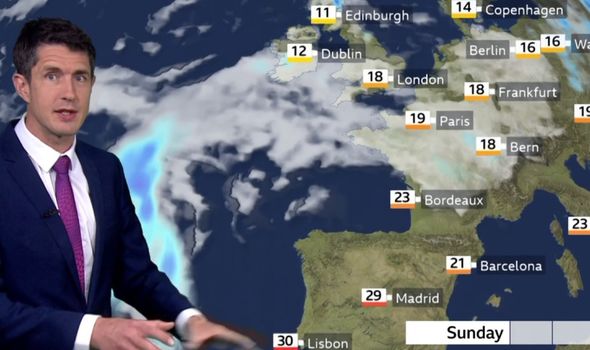 “The rain will be heavy and thundery at a time also.”

Mr Fawkes explained the hot weather will continue in Spain on Sunday.

He added the warm air will move northwards to central Europe and temperatures in these areas will begin to rise as we move into the new week.

London will see fluctuating temperatures over the weekend just below 20C and during the new week will see a high of 20C on Thursday.

Paris will see temperatures rise to 22-23C by the middle of next week and Madrid is expected to see the hottest day of the week on Monday as temperatures begin to cool further into the week.