A scorching Saharan heatwave will see Britons enjoy temperatures in the high-20s next week, according to the latest BBC weather forecast. This comes as winds from the Saharan in North Africa sweeps across Europe this weekend before entering the UK next week. BBC meteorologist Chris Fawkes said that the heatwave will return following a weekend washout for many across the UK.

The promise of an imminent heatwave has prompted the Government to issue warnings amid fears people will break social distancing guidelines.

At Friday’s Downing Street press briefing, Secretary of State for Health and Social Care Matt Hancock urged Brits to be sensible in order to keep the virus at bay.

With many beauty spots reopening across the country this weekend, people are expected to head to beaches and natural parks to enjoy the sunshine.

The National Trust has even introduced a booking process in some of its car parks to limit visitors.

JUST IN: Fears of a new spike in coronavirus cases as lockdown rules eased 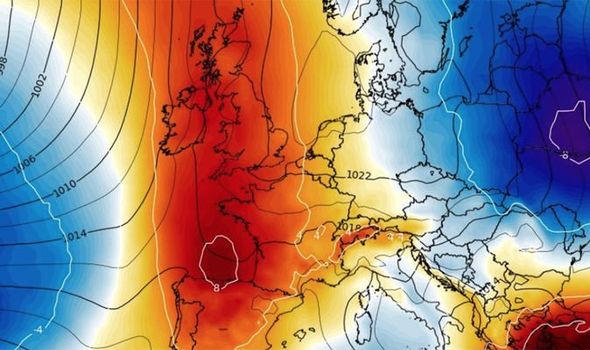 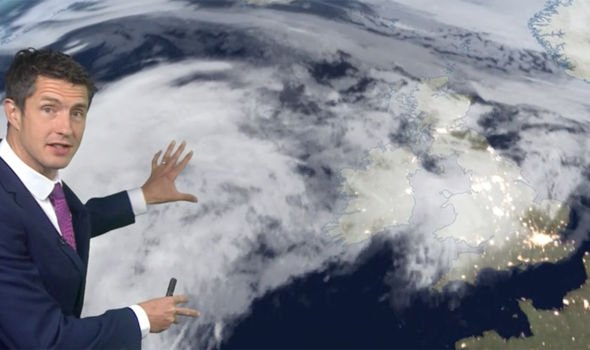 The Maritime Coastguard Agency (MCA) is warning people to remain vigilant at sea as the majority of beaches will not have lifeguards.

For the weekend forecast, Fawkes told BBC Breakfast viewers: “For most of us it will be a cloudy start to the day.

“The thickest cloud is moving itself into the north-west where weather fronts will see rain at times particularly late in the day.

“The bulk of the rain this morning is working its way into northern and western parts of Scotland. 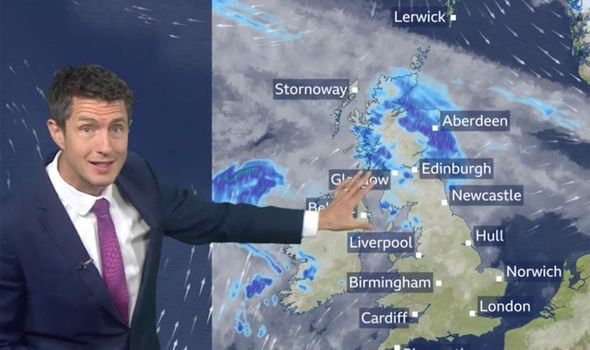 “But for the rest of the UK, in England and Wales there will be sun this morning and afternoon.

“The wind will remain light today and where we see the sunshine coming through, it should be around 15C to 17C, so it will feel quite pleasant if you manage to get outside for a moment.

“Overnight, we have more rain on the way. That will spread across Northern Ireland before moving into Scotland later in the night. For England and Wales it stays dry but the cloud begins to build back in.” 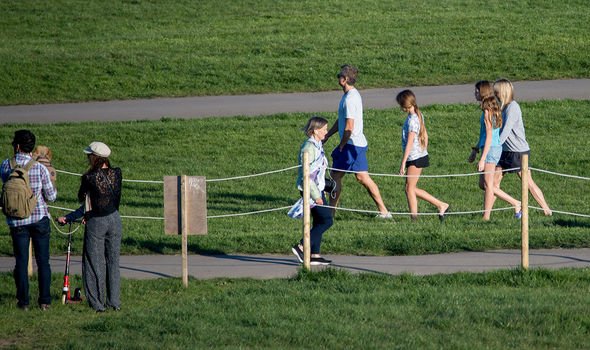 Fawkes told BBC Breakfast viewers that the north-south split in weather will worsen on Sunday, as the rain gets “heavier and more extensive across northern areas”.

He continued: “Temperatures could reach as high as the low-20s in the south. That warming trend continues for the week ahead as high pressure drifts further eastward.

“We start to get the winds in from the continent and that will boost the temperatures, so next week we have a lot of dry weather on the cards.

“Increasingly, with the sunshine and the light winds, we see those temperatures reaching to high-20s for southern England, and high teens to low-20s more widely across Wales, Scotland and Northern Ireland.”

The heatwave comes as long-term forecasts predict a scorching hot summer to come.

According to the Met Office’s long range weather forecast, sunny weather could remain right up until June 11.