BBC Weather presenter Helen Willetts detailed how Italy and the Balkans face “more severe storms” this weekend. Likewise, Britain is forecast to have similarly miserable weather with parts of the country experiencing “lots of rain battering”.

The presenter said: “More severe storms forecast through the latter part of Friday and into the start of the weekend across the likes of the Balkans and Italy.

“We’ve had our first significant cold snap of the autumn across the south east.

“This will warm things out, but with it lots of rain battering for parts of the UK and the low countries on Saturday.

“Then through later parts of Saturday, even stronger winds escalating up to storm force coming into parts of France and northern Iberia as well.” 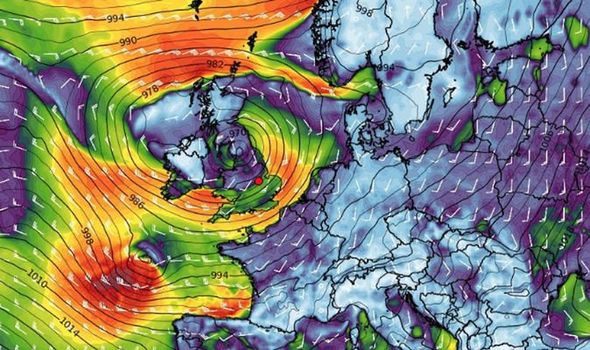 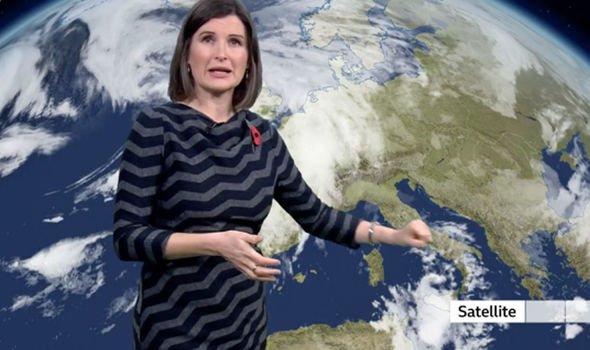 She continued: “So some really nasty weather being warned of, potentially disruptive and also potentially damaging winds for many.

“Combined with that wet weather, some nasty conditions will develop.

“Showers and thunderstorms across the central Mediterranean as well into the islands here. 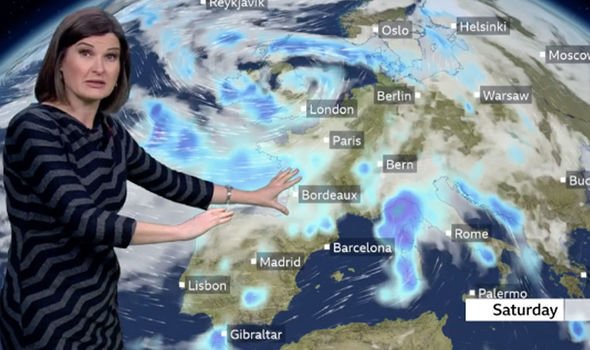 “Eventually things start to pick up temperature-wise across the east.

“But there will be nasty weather on Sunday across central parts of Europe.” 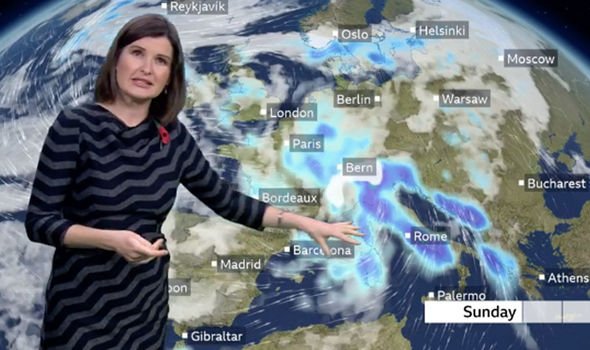 She said: “It’s pretty chilly, particularly over the Alps, so there will be some more snow.

“But on the whole, we’re seeing that cold snap receding, with it some wet and windy weather for the north and the west.

“Eventually you will see lots of showers coming into Rome.

“The forecast not as cold over the coming few days in Moscow.”

He noted that windstorms in excess of 80mph were shaping up to “batter” the UK, resulting in major waves along the coast of South West England.