BBC Weather forecaster Sarah Keith-Lucas noted that temperatures will continue to fall over the next few days. She warned that a wall of rain from the west is set to move over the majority of the UK. Due to the “sub-zero” temperatures, she claimed that this could result in significant sleet and snow.

Ms Keith-Lucas said: “We start the day with some icy stretches across Scotland and northern England in particular.

“There will be some wintry flurries across parts of northern Scotland and some rain showers down the east coast of England at times.

“Quite a lot of dry weather, some sunshine, we will stick with the cloud and outbreaks of rain especially across the southwest of England.”

The BBC Weather forecaster noted that there would be a significant difference in temperature from north to south. 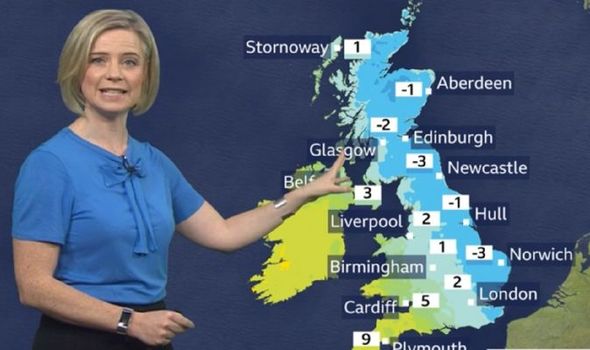 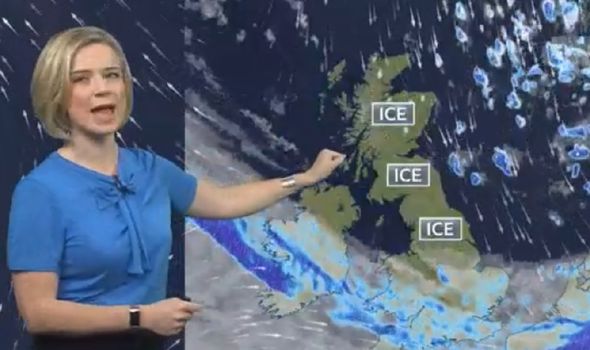 Temperatures in the south of England could reach as high as 11 degrees on Tuesday, while in Scotland they will see a high of 4 degrees celsius.

Ms Keith Lucas continued: “Those temperatures are going to be dropping quite quickly once the sunsets.

“We have got this rain start to return northeastwards and as it bumps into that colder air, particularly over parts of Scotland it could turn to sleet and snow.

“It will be falling on some sub-zero temperatures so there is certainly some risk of icy stretches developing.” 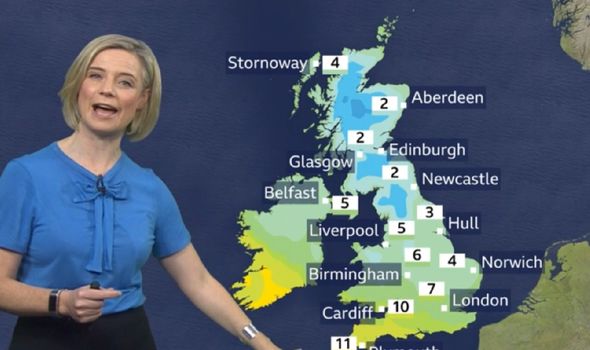 Ms Keith-Lucas added that warm air will be moving in on Wednesday despite the cold start.

However, where the cold air meets the warm she claimed there would still be significant sleet and snow.

She said: “We have got this frontal system gradually working its way eastwards so that is introducing much milder air. 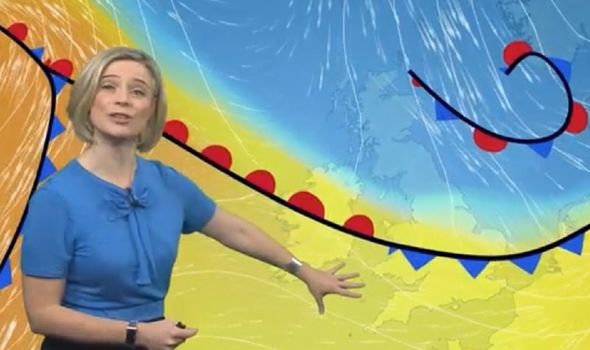 “On that edge where it meets the cold air, we have not only got outbreaks of rain but significant sleet and snow.

“This is especially true for parts of the Pennines and highland Scotland could see about 20 or 30cm of snow as we head from Wednesday to Thursday.

“It will be a soggy day so do watch out for the sleet and snow over the higher ground.”