BBC's John Humphrys has been trolled after claiming women are better at looking after babies than men in a gender ad row today.

The Welsh broadcaster said a woman caring for a baby was "a very, very good and desirable thing" as he discussed a banned Volkswagen ad. 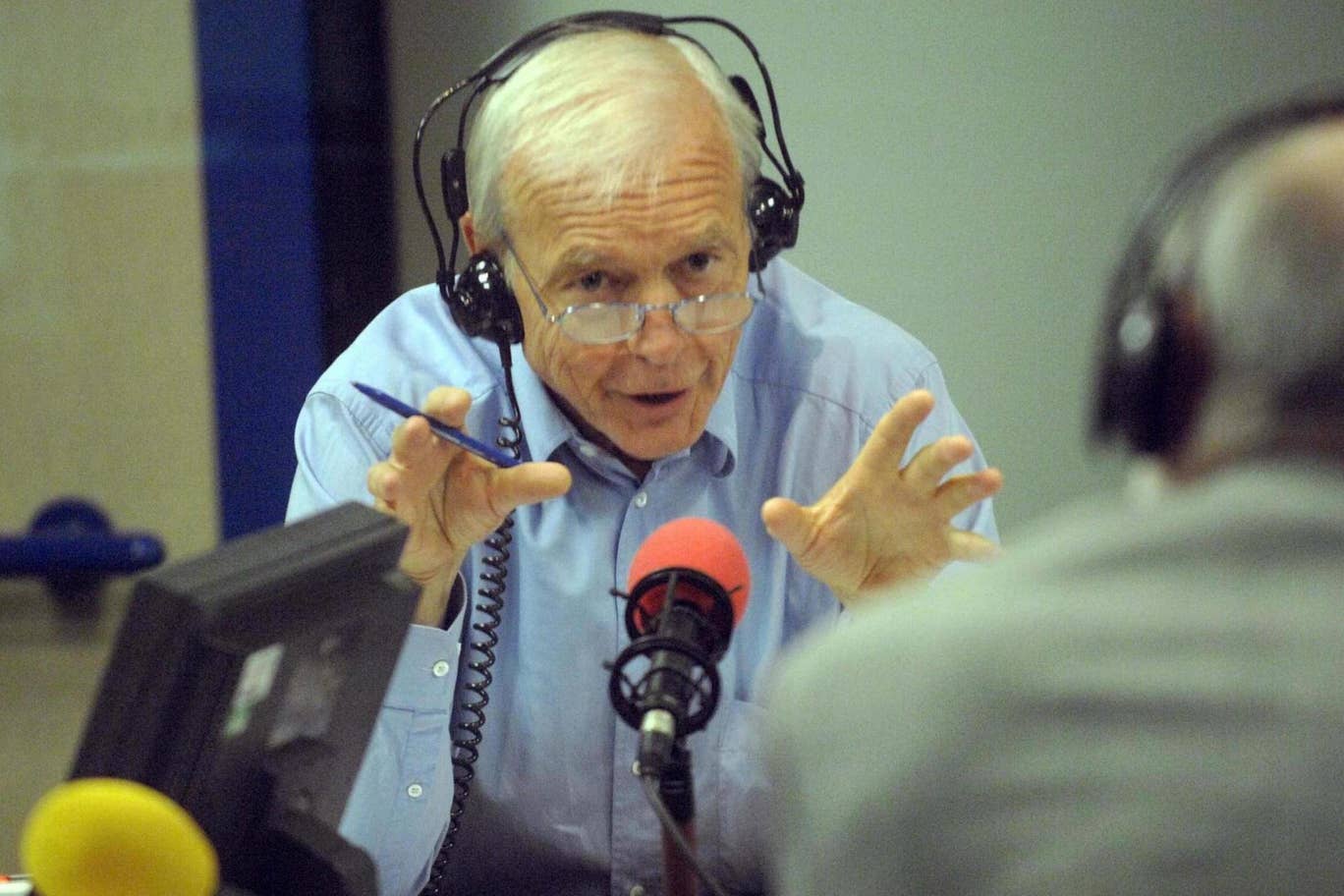 The car advertisement was pulled after the Advertising Standards Agency (ASA) ruled it depicted "harmful" gender stereotypes by showing men living adventurous lifestyles as astronauts while a woman sat next to a pram.

And BBC veteran Humphrys faced a backlash after he interviewed Jessica Tye of the ASA over the decision.

Humphrys said: "A woman looking after a baby is, by any estimate, a very, very good and desirable thing for society.

"And by and large, and this is – maybe I will be attacked for this – but by and large they do a better job of it than men, at least in most of our experience, I would have thought."

The 75-year-old, who recently announced he plans to quit the Today programme after 32 years, added: "To whom is it causing harm if you show a woman sitting next to a baby in a pram? Lots of women sit next to babies in prams. How does this sort of advertising harm people?"

When Ms Tye said advertising could influence aspirations and career choices, Humphrys replied: "You mean if a girl sees a mother… sitting in a park with a baby in a pram (in an advert) she might think, 'I don't want to be an astronaut, I want to be 'just' a caregiver'.

"And I put the word 'just' in inverted commas because there's nothing wrong with being a caregiver."

WHAT IS CLASSED AS A SEXIST AD?

According to the ASA, adverts that are likely to be problematic under the new rule include:

Ads that depict a man or a woman failing to achieve a task specifically because of their gender.

Where a person with a physique that doesn't match a certain stereotype associated with their gender is unsuccessful because of that physique.

Ads that belittle men for carrying out stereotypical "female" roles.

Where ads aimed at new mums emphasise looking "attractive" or keeping a home clean over other factors like their emotional wellbeing.

But his views divided listeners, with some backing Humphrys' comments.

One said: "Everyone who lives in the real world can see that on average women are better at (and more inclined to aspire to) child rearing than men. The maternal instinct is what keeps the species going.

"The outrage at #JohnHumphrys is truly absurd."

Another added: "Another day, and the same triggered snowflakes complaining at John Humphrys."