A BEAR which took up residence in a family's wardrobe has had to be removed by authorities after the creature locked itself inside and took a nap.

Deputies in Butler Creek Montana responded to a call just before 6am on Saturday for a bear stuck inside a home. 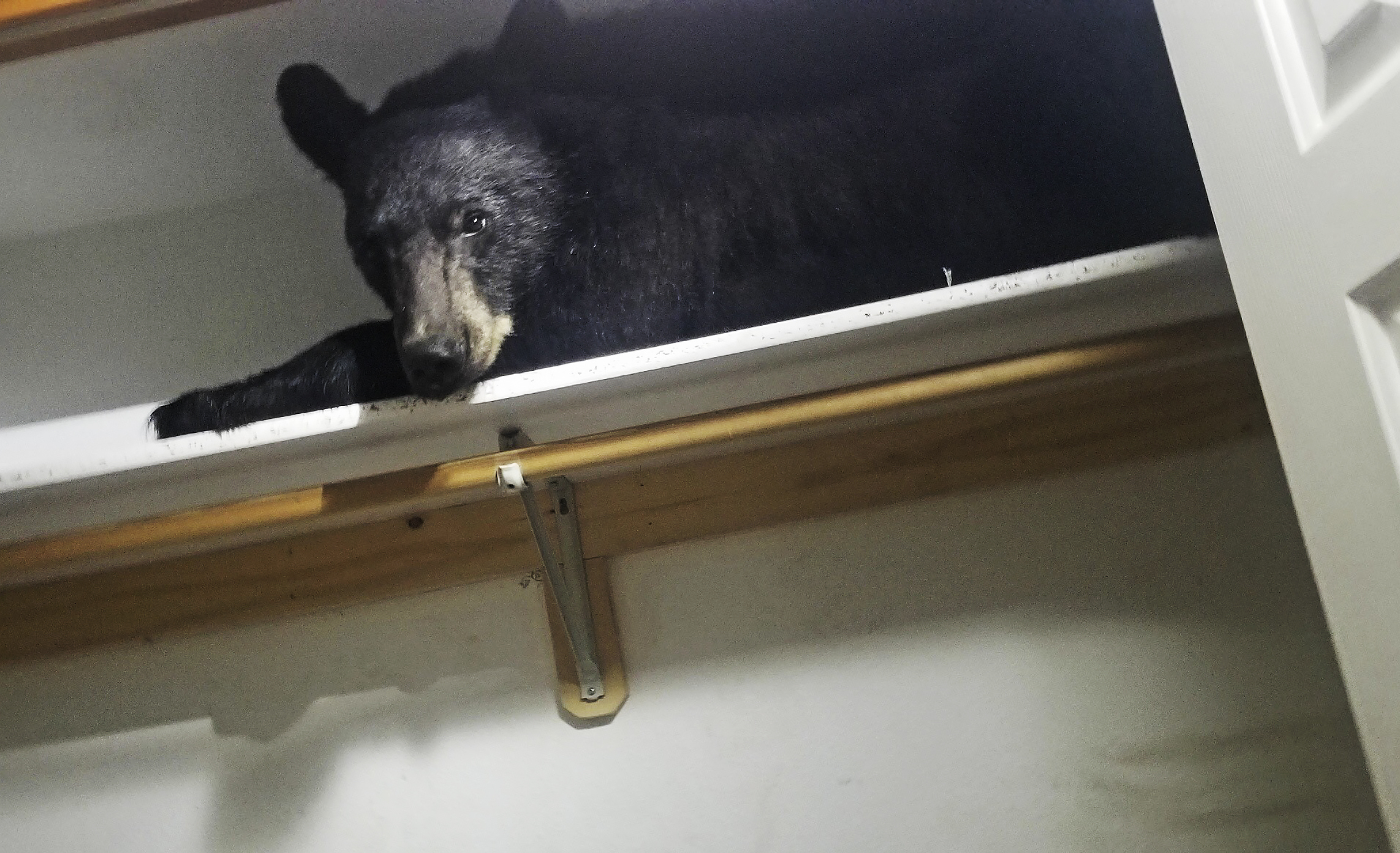 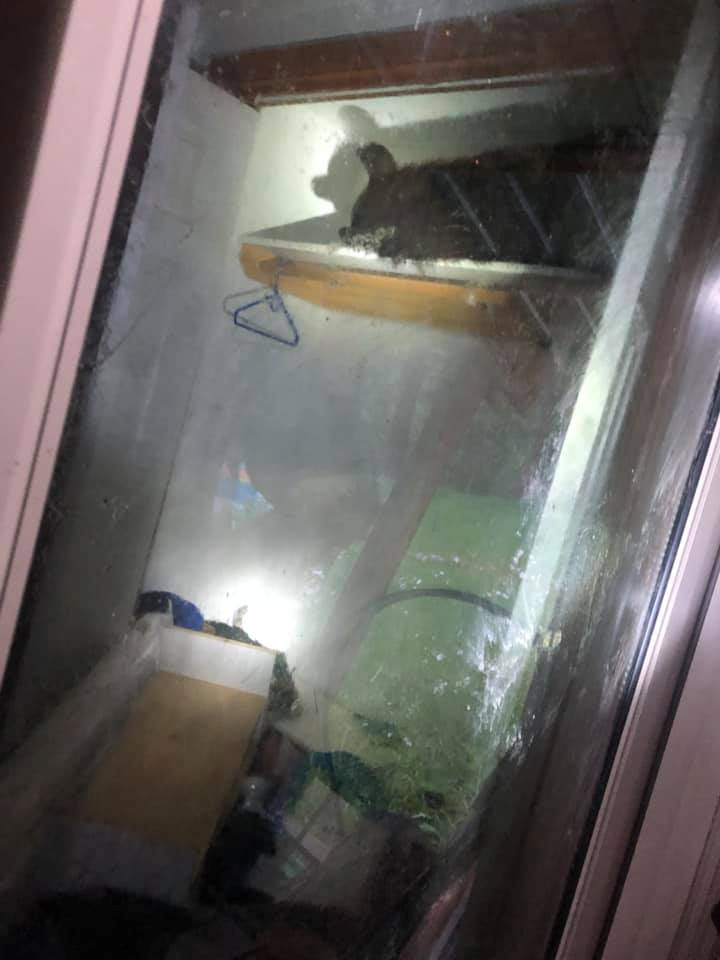 When deputies arrived, they discovered a large black bear had opened the door to the home's mudroom  and somehow managed to deadbolt the door from inside.

After being unable to leave, the bear began ripping the room apart but then decided he was tired and climbed up into the closet for a nap, authorities said.

One officer filming the encounter asks: "What're you doing mister – just hanging out?"

The Missoula County Sheriff's Office said they knocked on the window but the bear was not the least bit impressed.

He slowly stretched, yawned and, unamused, looked toward the door."

Officers said: "He slowly stretched, yawned and, unamused, looked toward the door."

"Eventually, deputies were able to unlock the door in hopes he would hop down and leave.

"However, their attempts were only met with more big bear yawns."

Montana Fish, Wildlife and Parks showed up to assist and tranquillised the bear so he could be relocated.

Photos of the sedated bear show him nuzzling his paw, fast-asleep, before he is moved on back into the wild.

The Sheriff's Office said the homeowners were glad their temporary visitor was removed in good health, but won’t soon forget when the intruder "came looking for the bear necessities!"

"This is another good reason to lock up," they advised.

"We also have unconfirmed reports that he tried two other closets before he decided this one was juuuuuust right (kidding)! But seriously, lock up!" 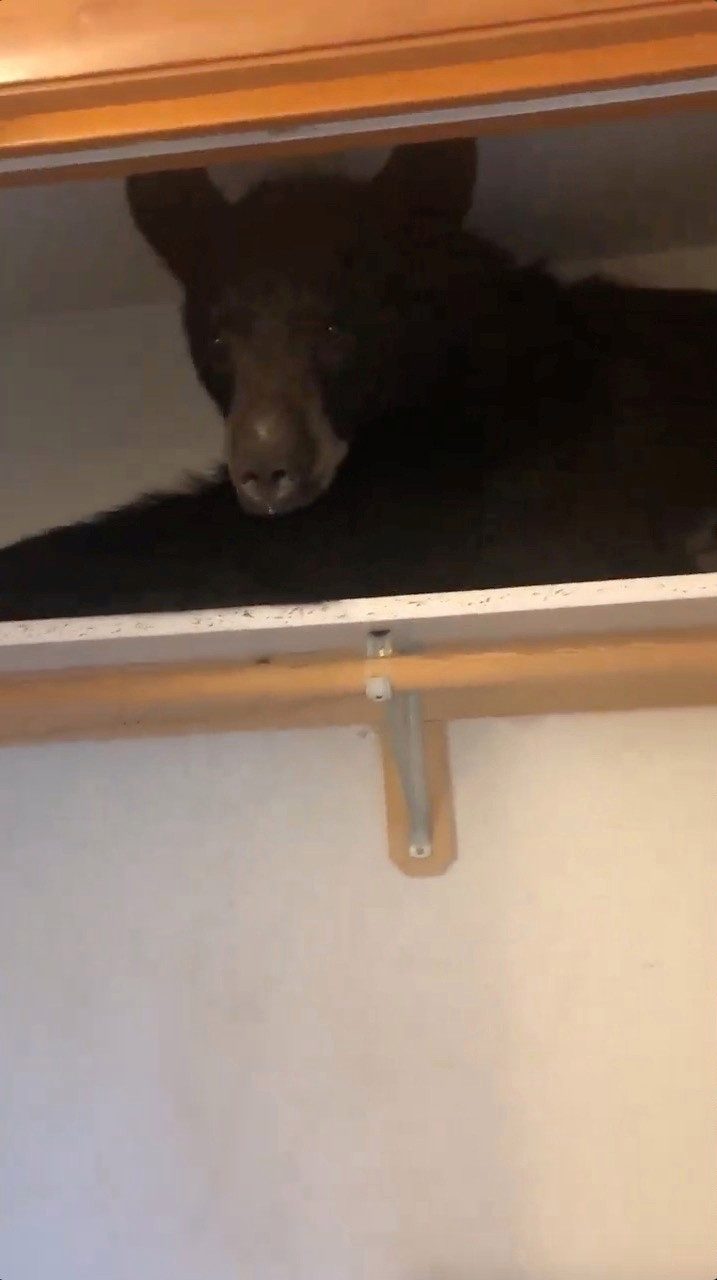