President Alexander Lukashenko’s defence ministry has said the army will handle unrest near the country’s memorials to World War Two. It comes as the president was spotted holding a rifle as he entered the Independence Palace following protestors threatening to march to his home. Unrest in Belarus has raged for over a fortnight, as protestors contest the results of last months presidential election.

Belarus’ defence ministry has confirmed the army will now deal with protestors instead of the police.

The ministry sent an ominous warning to yesterdays protestors 15 minutes before they began marching, telling them the army “would not hesitate” to use force.

It added: “We warn you that if the peace is disturbed you won’t be dealing with the police, but the army.”

The head of the Minsk police force added: “Youthful maximalism and rebellious behaviour are inappropriate and dangerous.” 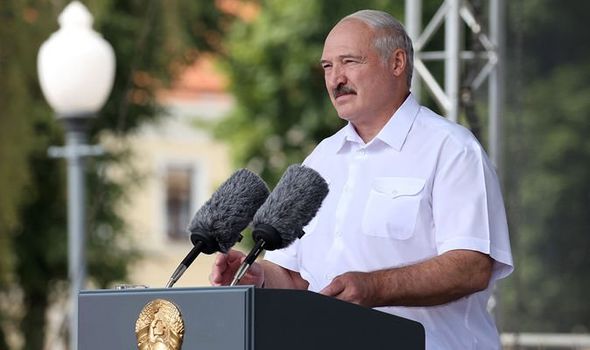 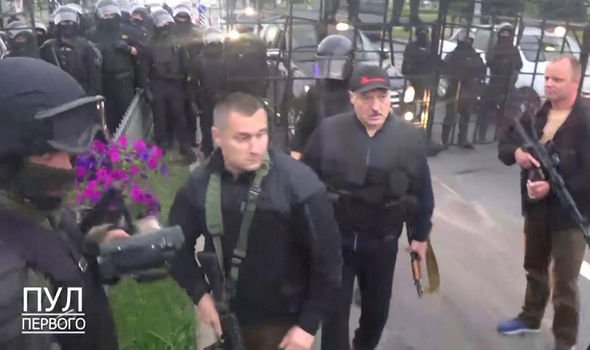 It comes after a staggering 200,000 protesters marched around Independence Square in Minsk yesterday, with smaller numbers marching towards Mr Lukashenko’s residence later.

The protest is believed to be the largest in the country’s history, breaking records set by the same protestors last week.


The defence ministry has described the anti-Lukashenko protestors as “fascists” for marching near the memorial and the president’s home. 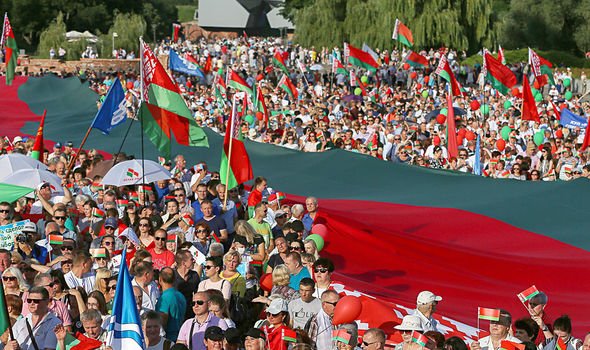 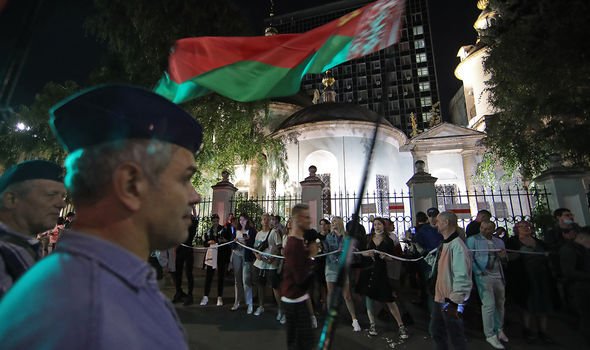 One march near a memorial was watched over by security services in military uniforms.


Dozens of police prisoner transport vehicles were parked on the fringes of the site.


A wall of heavy military equipment and mesh was deployed at the president’s residence.

DON’T MISS
Belarus election: Is Belarus in the EU? [INSIGHT]
EU ordered to wade in after allegations of election fraud in Belarus [REPORT]
Coronavirus in Belarus: Is it safe to travel to Belarus? [ANALYSIS]

In response to the marches, Mr Lukashenko took the skies in a helicopter with armed guards.


Footage from the helicopter showed the embattled president call the protestors “scuttling rats” while clutching a rifle.


After disembarking from the helicopter, he then greeted security forces with a thumbs up.


Mr Lukashenko’s rifle, appearing to be a Kalashnikov, had no ammunition clip. 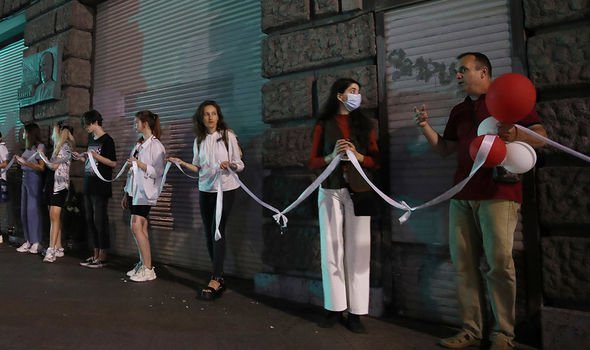 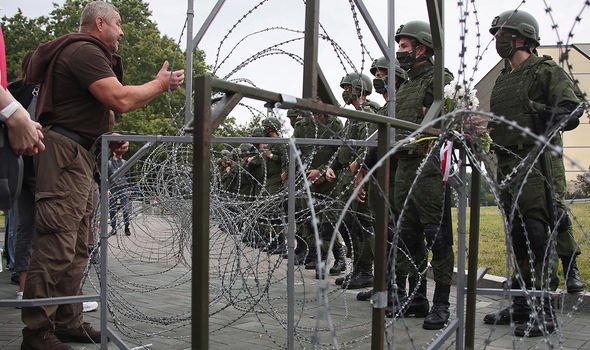 The protests began after Mr Lukashenko, who has been in power since 1994, took more than 80 percent of the vote on Belarus’ August 9 election.


Opponents have claimed the ballot was rigged to disguise the presidents lack of support in the country.


Russian foreign minister Sergei Lavrov claimed it was impossible to tell whether the election was tainted because of a lack of international observers, according to Russian news agency Interfax.