Belgium prepares to get very drunk: Thousands across the nation agree to down their drink in one every time Brazil’s Neymar ends up on the floor during their quarter-final clash tonight

Neymar’s reputation for being a ‘diver’ has been enhanced at this World Cup, and going into Brazil’s quarter-final with Belgium tonight he’s received heavy criticism.

But thousands of Belgians have decided to capitalise on his theatrics – by downing their drink every time he takes a tumble in tonight’s match.

Two Belgian supporters launched the drinking game on Facebook and it spread across the country. 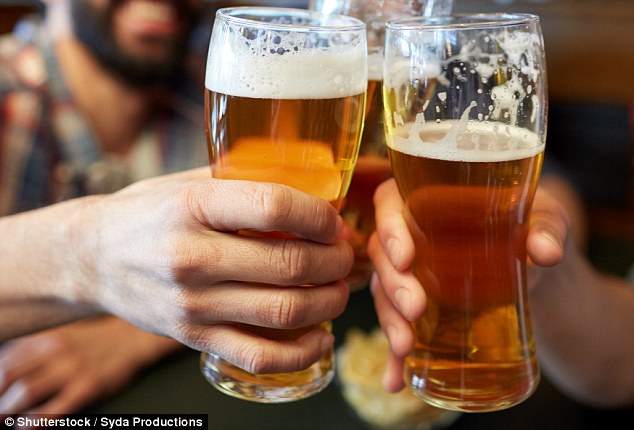 When he’s on the grass, raise your glass! Belgians will down their drinks when Neymar dives 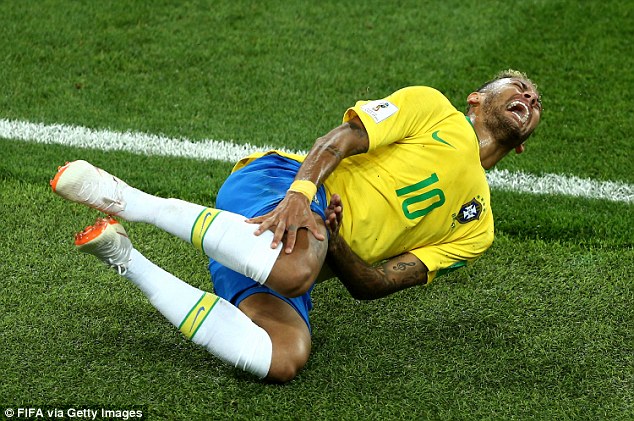 Stanley Vleminckx and Matthew De Ridder made the rules simple: ‘Everyone is invited to gulp a beer as soon as the Brazilian player falls to the ground. We are likely to be very quickly drunk!’

More than 27,000 Belgians have signed up to take part so far.

The organisers put Belgian festival Rock Werchter as the venue of the event but they encourage all Belgians to participate.

It comes after a British primary school banned football following an outbreak of diving and play-acting inspired by Neymar. 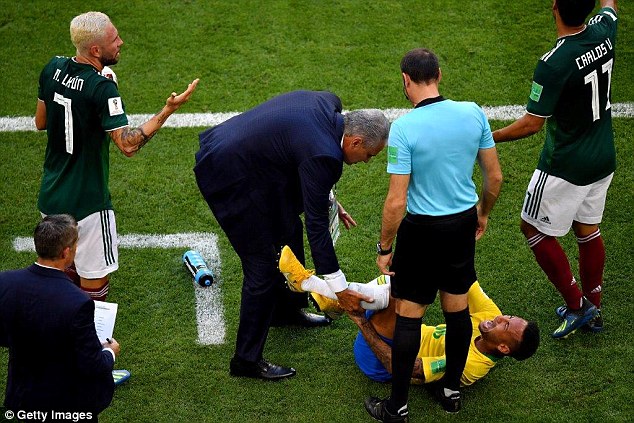 The beleaguered headteacher of Home Farm School in Colchester, Essex says a rash of youngsters copying him has led to a need for a school to go back to the rules of the game.

Richard Potter said: ‘Many of the children were reenacting diving and emulating the trained, professional players they had seen.

‘These are four to 11-year-olds who are trying to emulate the older players. This was causing a lot of arguments.’ 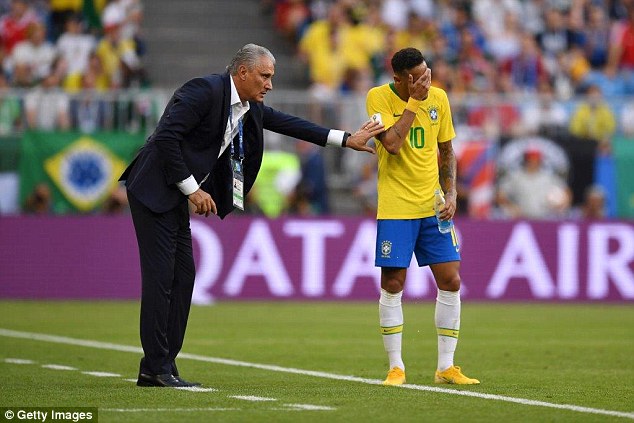 Despite facing heavy criticism, Neymar has helped Brazil to the quarter-finals of the World Cup

During his nine years in professional football, Neymar has gained the unwanted reputation of being a ‘diver’ and he has only enhanced this view during Brazil’s World Cup campaign.

The Paris Saint-Germain star was heavily criticised during Brazil’s 2-0 win over Mexico for going to ground too easily and then over-reacting after certain fouls in the last 16 clash.

Swiss broadcaster RTS even calculated the amount of time Neymar spent on the ground as a result of diving at the World Cup, which added up to an astonishing 14 minutes of him rolling around on the deck during Brazil’s four matches in Russia. 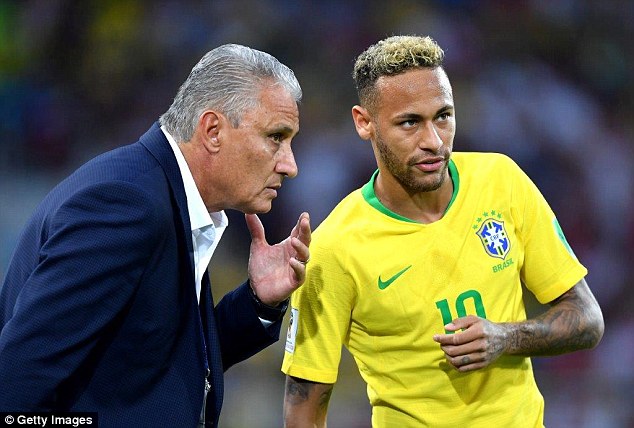 And his antics won’t have impressed his national team manager Tite, who has previously criticised the 26-year-old for the same offence in 2012.

In a post-match interview during his Corinthians tenure, Tite blasted a 20-year-old Neymar for his theatrics which led to Emerson Sheik being sent off, leading Tite to label him as a ‘bad example for children’.

‘Today we have seen how Neymar fell, spinning around,’ he said in 2012. ‘And when the opponent was expelled, he got up as if nothing. And it was good.

‘Pretending to take advantage like that is not part of the game. It is a bad example for the children, for my son and for all those who see this.’