Holidaymakers in Benidorm have been filmed floating down flooded streets on lilos after the resort was hit by torrential rain.

They were seen running and jumping onto their inflatables and splashing around in puddles in the middle of the road as they refused to let the horrid weather ruin their holiday.

Some tourists were even spotted using an upside-down table as a makeshift surfboard to skid around on the slippery strip. 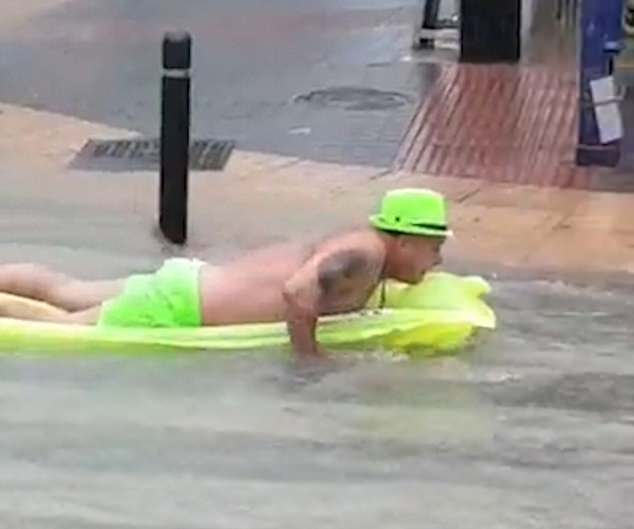 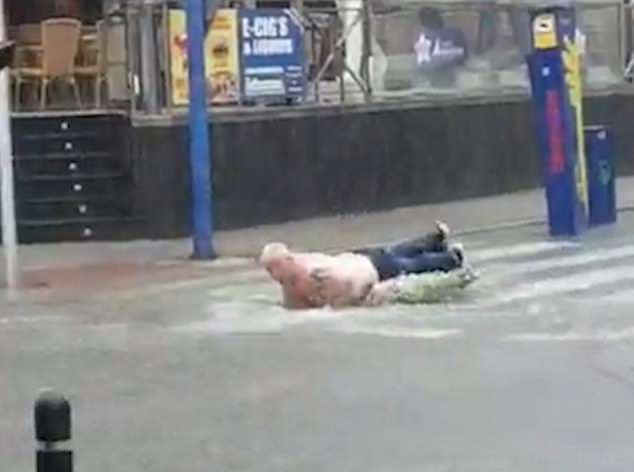 And despite sever weather warnings being issued across Spain, the defiant people in the video were seen wearing nothing but a pair of shorts and flip-flops.

Some wore bright fluorescent swimwear as they floated across pedestrian crossings on their lilos, with vehicles having to carefully dodge around them. 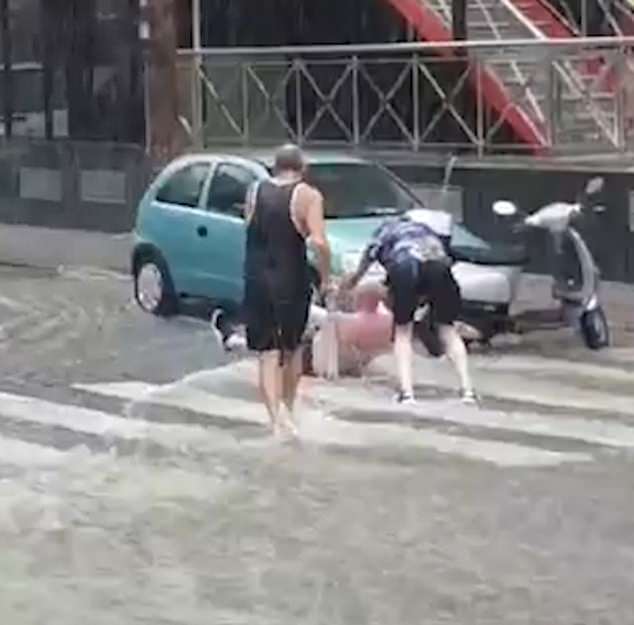 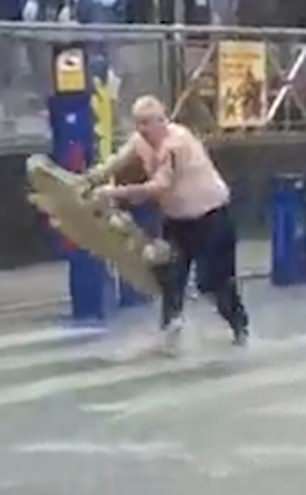 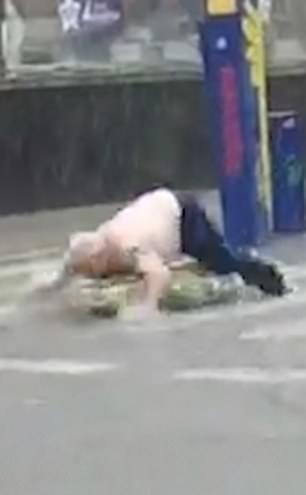 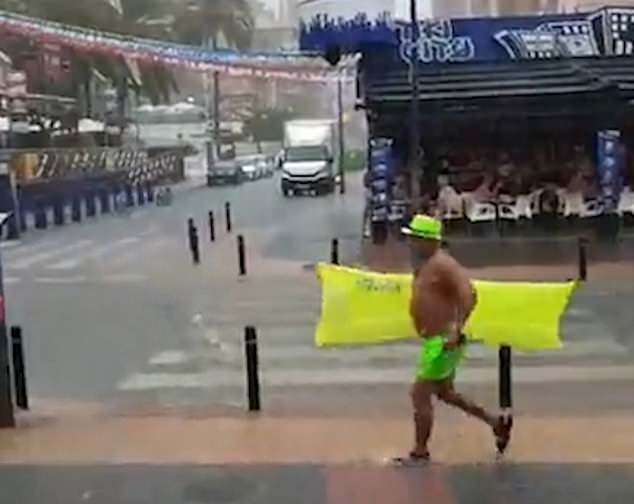 Benidorm, Xabia and Las Marinas were the three regions most affected by the downpours, according to The University of Alicante’s Climatology Laboratory.

It warned tourists to be extra vigilant as jellyfish could be washed up on beaches.

In the UK, Brits have been basking in balmy weather as the surprise Indian summer continues to warm the south, with highs of 2C (72F) expected.