A BEST man broke his arm hours before the wedding — only for his stand-in to fracture his foot an hour later.

Steven Jackson, 39, snapped the upper bone after falling off his hotel bed. 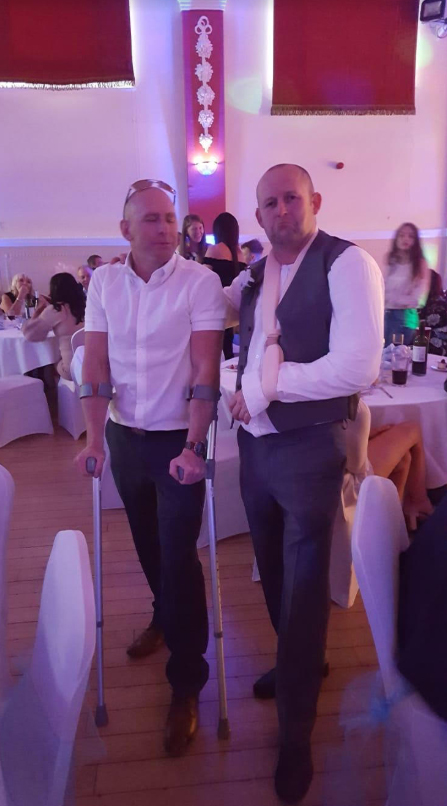 The pair ended up in the same hospital while groom Michael Jackson, 40, was left cursing.

He said: “I just couldn’t believe it was happening — it was like a film.”

The pair were injured after returning from a meal with labourer Michael on the eve of his nuptials to Kelly Willets, 31.

As the ambulance doors closed on postie Steven, who was injured at 11.30pm, he heard Brendon shout: “Yes! I’m best man now!”

But the same paramedics were back at Oldham’s Travelodge within an hour for meter reader Brendon.

Both best men just made it to the wedding the next day.

Steven, from Rochdale, told guests in a tweaked speech: “I intended getting drunk but ended up getting plastered.” 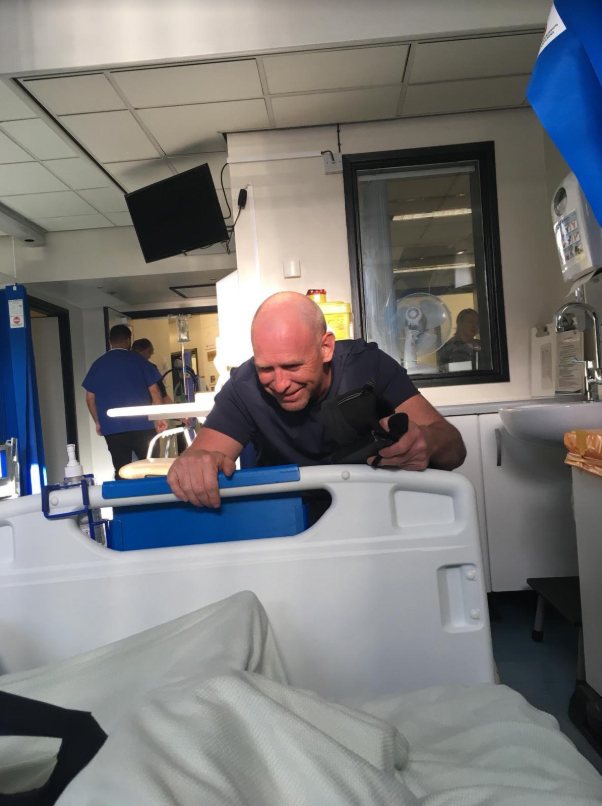 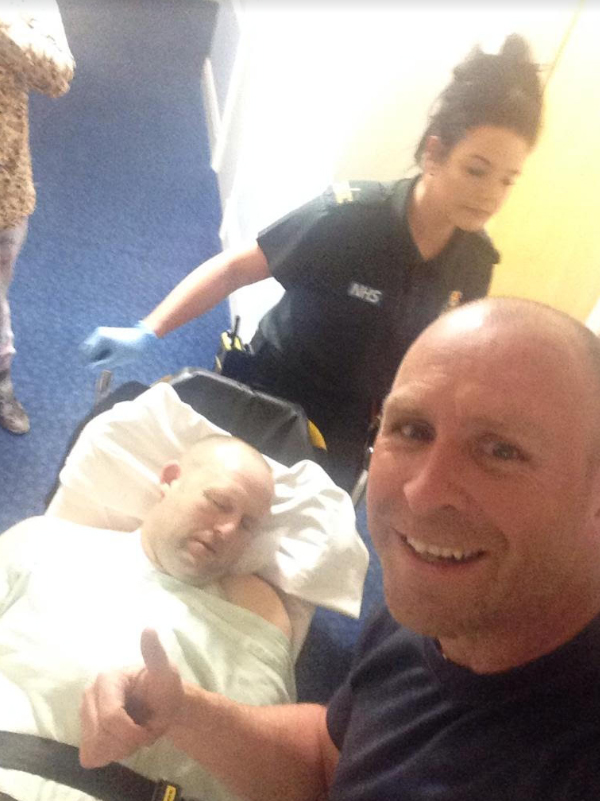 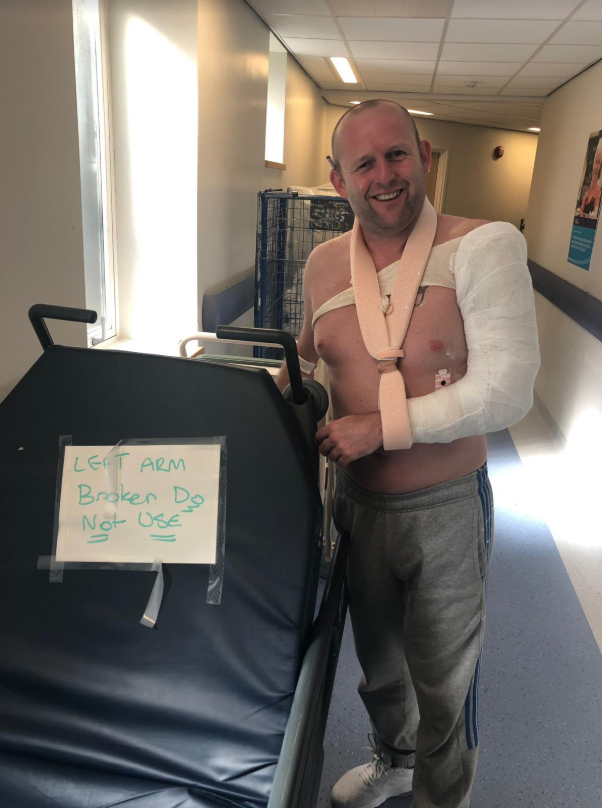 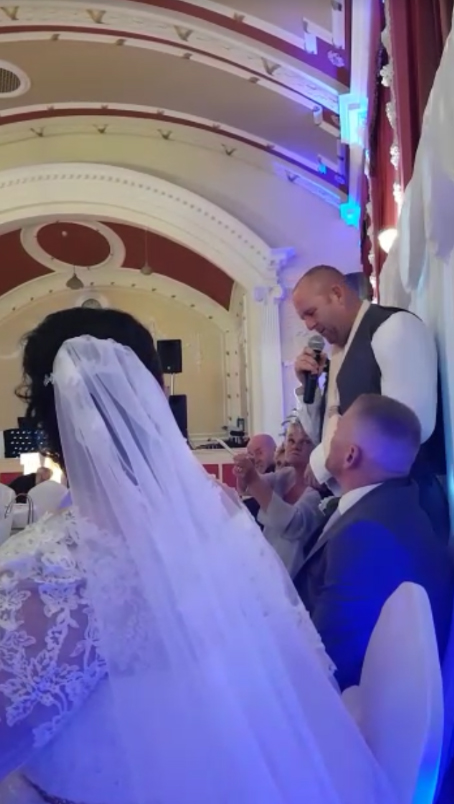 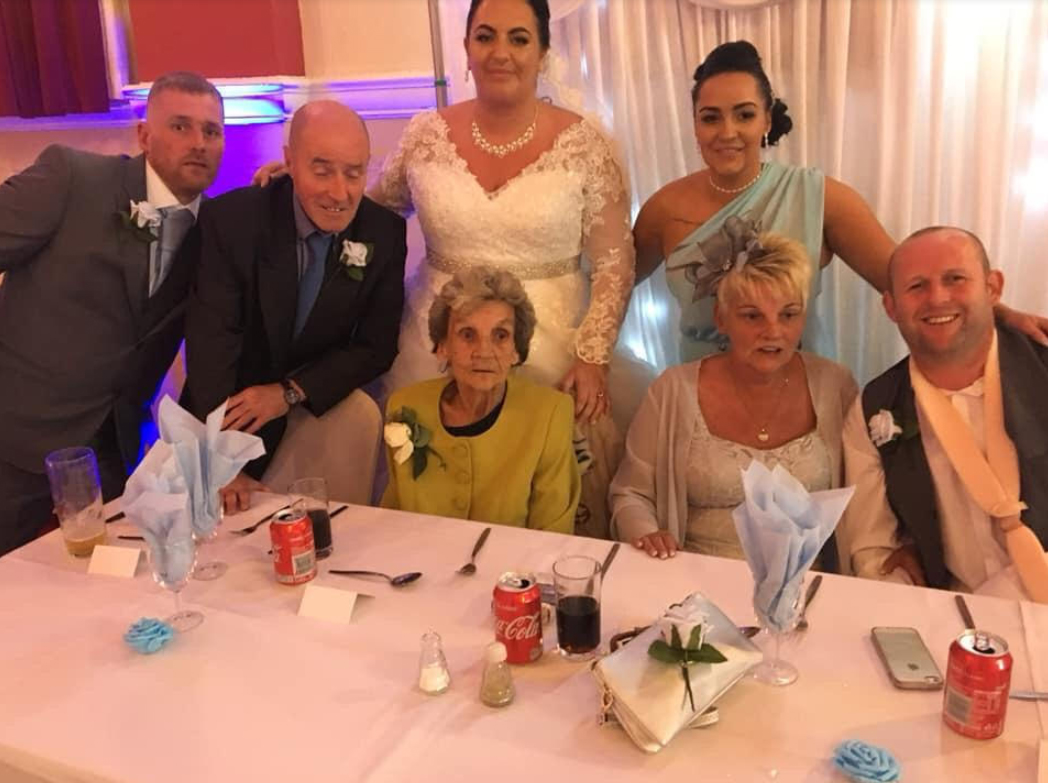 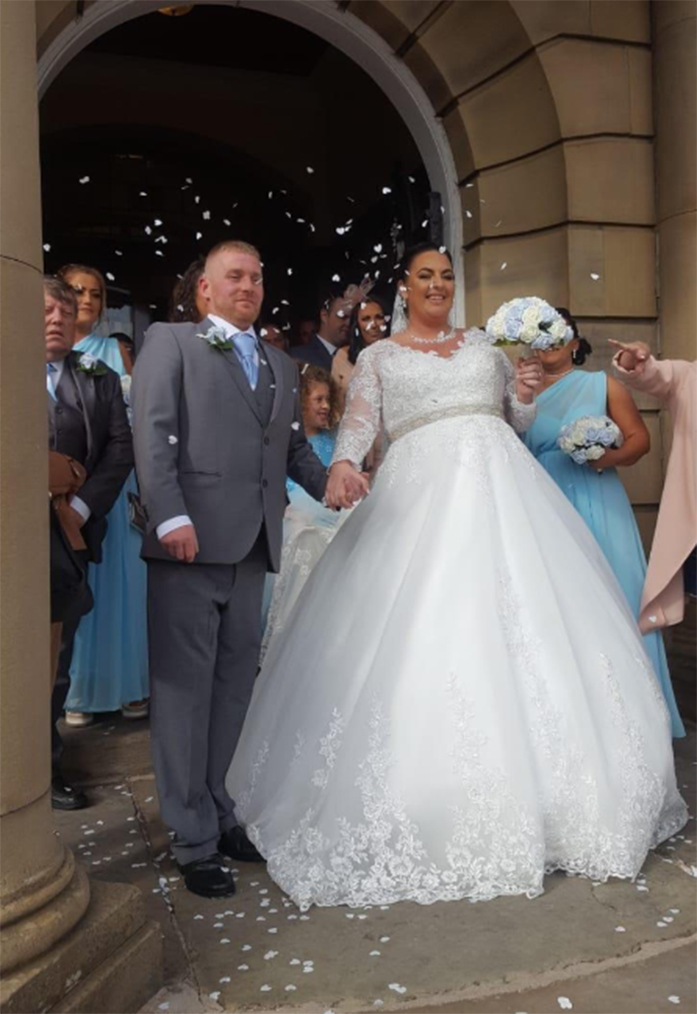