Japanese Prime Minster Yoshihide Suga is set to be the first world leader to visit the White House under President Joe Biden’s administration, according to a new report.

Biden could host a visit from Suge as soon as April, though the details have yet to be finalized, people familiar with the matter told Axios. The White House declined to confirm the plans.

Thus far, Biden and his cabinet heads have stuck largely to video conferences in order to meet with foreign officials, and a visit from Suge would mark a step toward returning to normalcy in the pandemic.

Suge would not be eligible for a state dinner, as Japan’s official head of state is Emperor Naruhito, and his trip would likely be classified as an official visit or working visit, rather than a state visit. 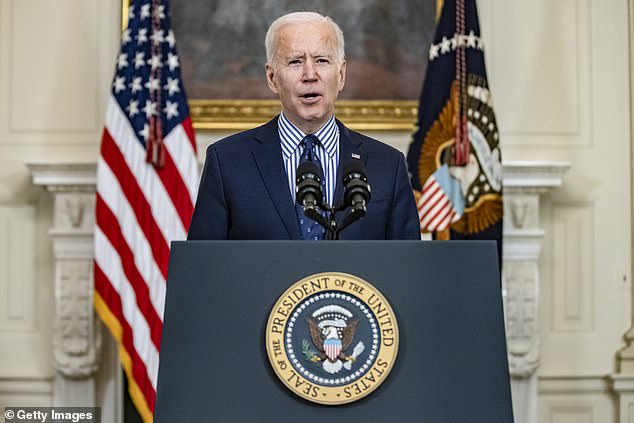 Biden could host a visit from Japanese Prime Minister Yoshihide Suge as soon as April, though the details have yet to be finalized, people familiar with the matter 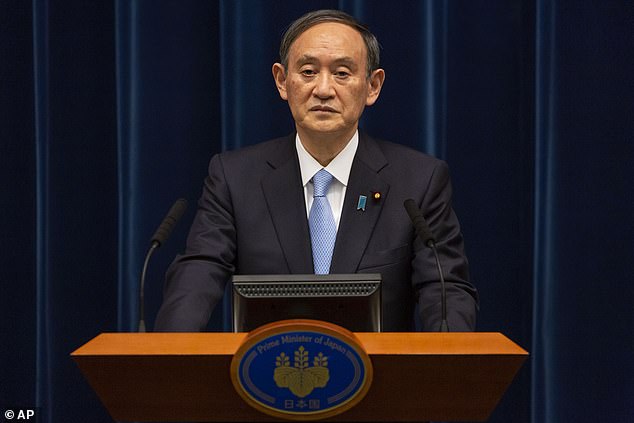 The selection of Suge (above) as the first foreign leader to visit Biden’s White House would send a strong message to China that the U.S. remains committed to Japan’s security

The selection of Suge as the first foreign leader to visit Biden’s White House would send a strong message to China that the U.S. remains committed to active involvement in Indo-Pacific security issues.

Biden’s first phone call with Suge in January, just a week after he took office, focused heavily on regional security issues, including China and North Korea, according to a White House summary of the call.

On that call, Biden also expressed America’s ‘unwavering commitment to the defense of Japan’ under a mutual defense pact, including the contentious Senkaku Islands, which are controlled by Japan but claimed by China.

Details of Suge’s visit could still be subject to change, in particular if the pandemic takes a turn for the worse in either the U.S. or Japan.

Suge faces political challenges at home, and his White House visit would be watched closely for signs of support from Biden.

Perks could include a meal with photo op, or a joint press conference. 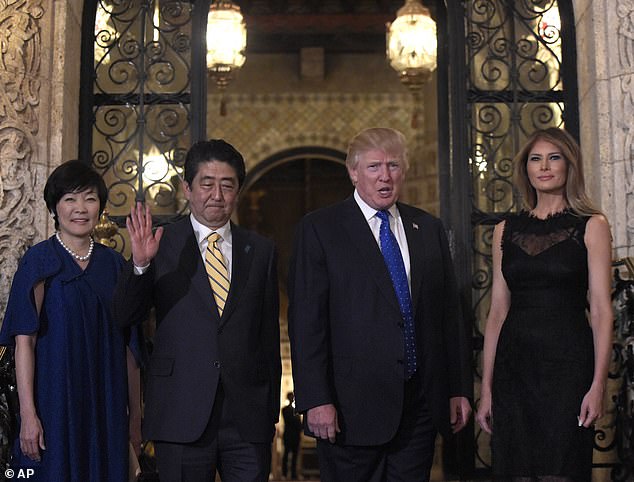 During Donald Trump’s presidency, the first foreign leader to visit the White House was British Prime Minister Theresa May, who came calling just seven days after his inauguration. That visit included a lunch and a joint press conference.

Trump hosted two state dinners during his term, receiving the president of France and prime minister of Australia.

During Barack Obama’s term, Japan’s prime minister, then Tara Aso, was also the first foreign leader to visit the White House. Obama welcomed Aso to the Oval Office but did not extend an invitation for a lunch or joint press conference.