MUZAFFARNAGAR, India (Reuters) – Indians turned out in big numbers to vote in the first phase of a mammoth general election on Thursday, with Prime Minister Narendra Modi seeking a second term after campaigning on his national security record amid tensions with rival Pakistan. 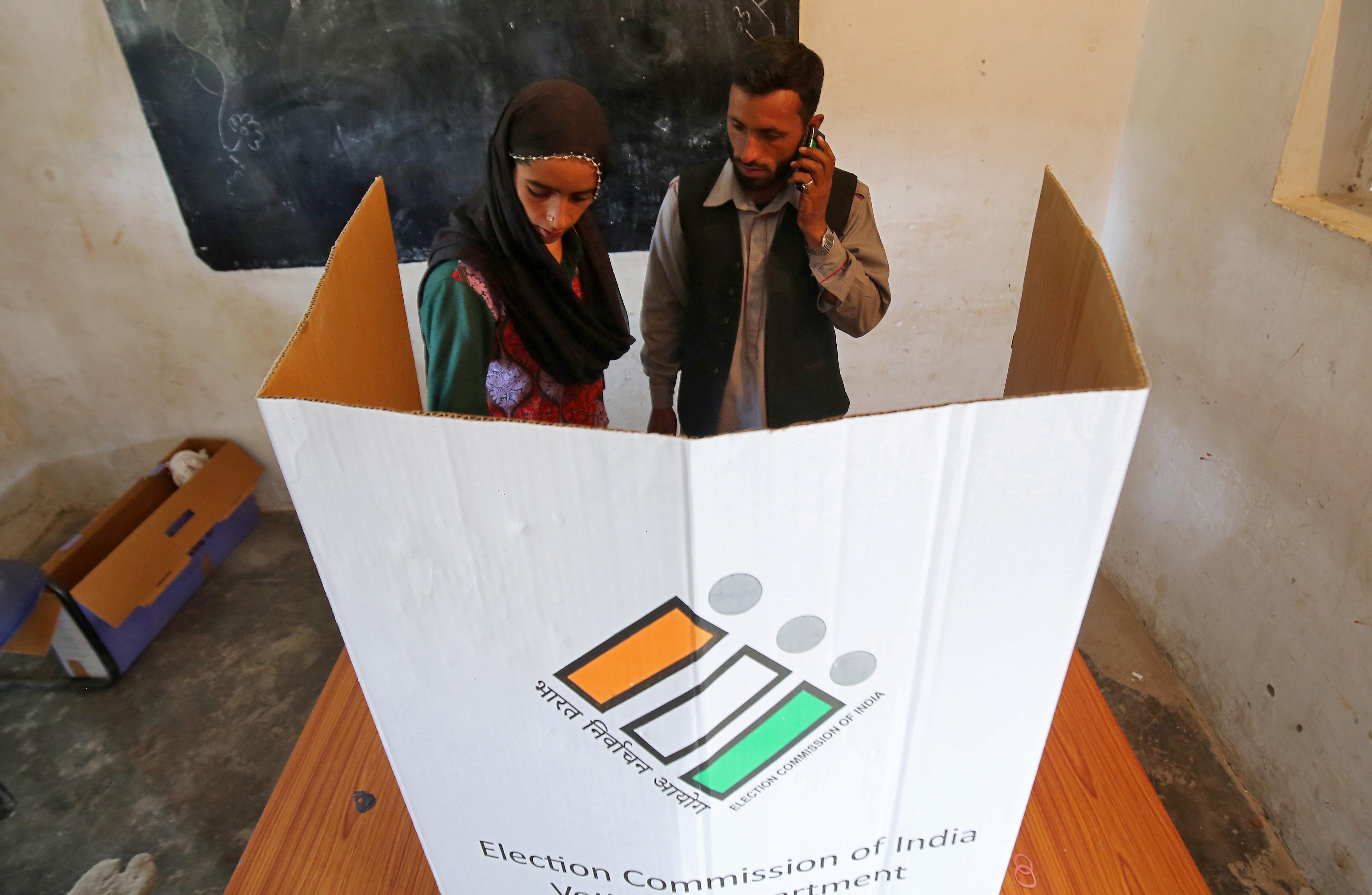 Reuters reporters saw long queues outside many polling stations. The Election Commission said voters were also turning out in large numbers in an eastern district where Maoist insurgents were blamed for a bomb attack on Tuesday, which killed a state legislator from Modi’s Hindu nationalist Bharatiya Janata Party (BJP) and four security officials.

Two people were also killed on Tuesday in Jammu and Kashmir, India’s only Muslim majority state, prompting authorities to increase security even further. Shops and schools were closed in the disputed region of Kashmir and roads mostly clear of traffic after separatists called a strike against the election.

Shadab Ali, an 18-year-old first-time voter in the volatile Muzaffarnagar constituency in the northern state of Uttar Pradesh, queued with a group of friends at a polling station set up in a primary school. Hindu-Muslim riots there killed at least 65 people before the previous election in 2014.

“Modi has worked but not done enough for us,” said Ali, a Muslim. “We want development. I’ve voted for development.”

Voters came to three polling stations in Muzaffarnagar on foot, by bicycle and motorcycle, in cars and on tractors.

Voting in the first of seven rounds is being held in 91 parliament constituencies across 20 states and federally administered regions. There are 543 seats at stake.

Almost 900 million of India’s 1.3 billion people are eligible to vote. The first phase of voting covers an electorate of 142 million, some of whom will vote in pink booths staffed by female security personnel and polling officials.

The election is spread over 39 days, with the final phase on May 19 and the result announced four days later.

Modi’s BJP is the frontrunner despite economic distress over mounting unemployment and weak farm incomes in rural areas, where two-thirds of Indians live.

Modi said on Twitter as voting began that the mood was “firmly” in favor of his National Democratic Alliance (NDA), of which the BJP is the senior party. “NDA’s aim is – development, more development and all-round development,” he said.

Pollsters say support for the BJP rose in response to Modi’s tough stance against Pakistan. Aerial clashes between the nuclear-armed neighbors followed a Pakistan-based militant organization’s suicide attack in February that killed 40 paramilitary police in Kashmir.

The main opposition Congress party has sought allies among regional parties to defeat the BJP over its economic record. Congress wrested three major farming states from the BJP in state polls in December by promising to waive the outstanding loans of distressed farmers.

“Vote for Congress, vote for you,” Congress said on Twitter, promising more jobs and “love over hate”.

However, the upsurge in nationalist fervor has undermined its strategy and helped 68-year-old Modi.

“He’s improved India’s global standing and taken revenge against the enemies of the country,” Sachin Tyagi, 38, a mobile phone shop owner, said near a polling station in Uttar Pradesh, which sends the most lawmakers to the lower house of parliament among all states.

“I am happy with Modi-ji but the employment situation could be improved,” he said.

Gilles Verniers, a political science professor at Ashoka University near New Delhi, said Congress, led by Rahul Gandhi of the Nehru-Gandhi political dynasty, would struggle to catch the BJP.

“The gap between Congress and the BJP is still enormous, so no one is seriously thinking that Congress is going to fill that gap,” he said. “The opposition landscape remains heavily fragmented.”

An average of four opinion polls showed the BJP alliance on course to win 273 of the 545 seats in the Lok Sabha, the lower house of parliament, a much-reduced majority from the more than 330-seat margin it won in 2014. The Lok Sabha also includes two seats reserved for the Anglo-Indian community.

The BJP alone won a landslide 282 seats five years ago, securing a clear single-party majority for the first time in decades and raising hopes of economic reform after a period of sluggish growth.

Congress is trying to rebuild its appeal after winning only 44 seats in 2014 and has promised monthly handouts of 6,000 rupees ($86.59) for the poorest families.

It hopes to win enough seats to lure regional parties opposed to Modi after the election and form the government. 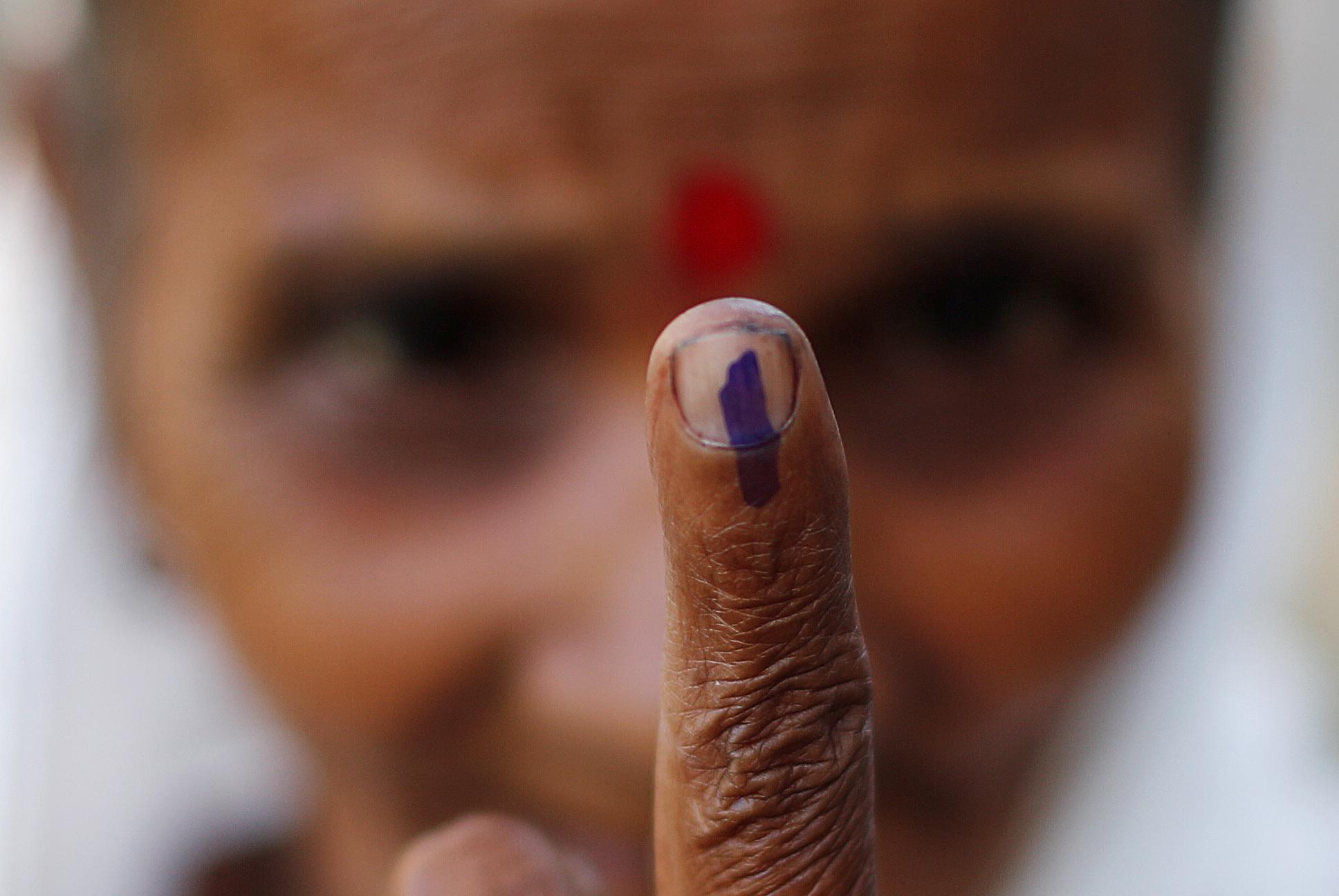 Anima Saikia, a 61-year-old voter in northeastern Assam state, said she was excited to participate in the world’s biggest democratic exercise.

“I’ve never missed my vote in my life,” she said. “This is the only time we can do something. The game is in our hand right now.”