A report from the Washington Post revealed Joe Biden likes to lift weights and work out with trainers after the newspaper spoke with close aides who have worked with Mr Biden over the years.  But Sean Hannity was sceptical over the report after he claimed that evidence which he says was used to prove Mr Biden lifts weights was six years old and ridiculed White House Press Secretary Jen Psaki when she said it was “hard to keep up with him”.  The article also reported Mr Biden enjoys orange Gatorade, cookies and ice cream which saw Mr Hannity further mocking the US President.

Speaking on his Fox News show, Mr Hannity looked at the daily routine of Mr Biden and gave his verdict.

The Washington Post reported Mr Biden was a “night owl” who carried out a lot of work after 6pm.

He said: “The [Washington Post] revealed that Biden heads to his private residence at around 6-7pm to begin his bedtime routine which I assume involves warm cookies, warm milky and a sippy cup and maybe if he’s good [he will get] a goodnight story.

“Of course The Washington Post attempted to whitewash all of this by highlighting Biden’s alleged weightlifting routine. 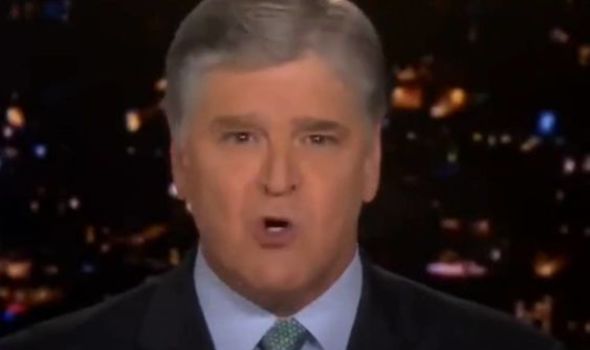 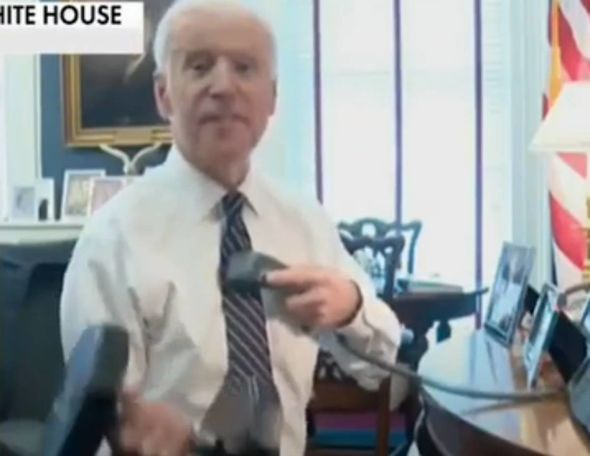 He continued: “Anyway the only problem is that video is from six years ago in 2015.

“And tonight, it’s extremely doubtful that Joe is capable of such a routine.

“Remember we were the ones that told you that the wind blew him over three times as he was climbing the stairs to Air Force One. 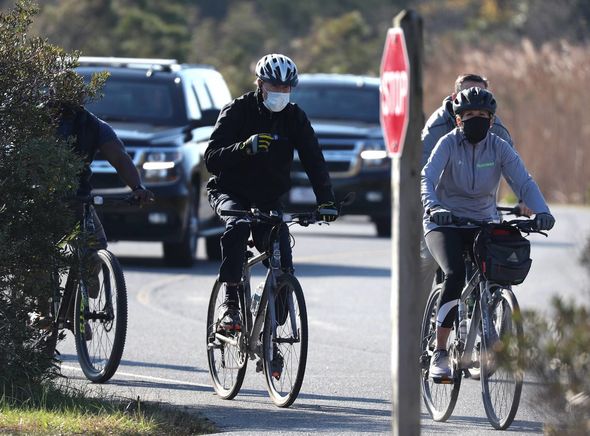 “According to Press Secretary Jen Psaki, Biden has so much energy and vigour she claimed she can barely keep up with Joe.”

Ms Psaki was asked during a press conference about Mr Biden’s fitness routine and whether the reports were true about him.

She told one journalist: “I can tell you having travelled with him a fair amount sometimes he’s hard to keep up with.”

Mr Hannity said it “might be the biggest lie from the White House ever” and even questioned if Ms Psaki herself was in suitable health if she could not keep up with a 78-year-old man. 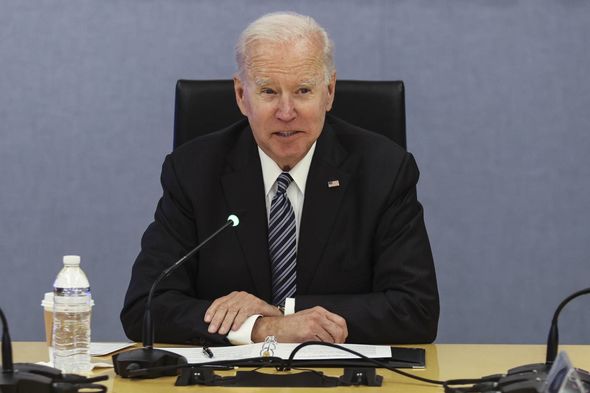 The Washington Post spoke with seven advisors of Mr Biden with one of them revealing he has “the taste of a five-year-old”.

The advisor was referring to the US president’s love of cookies and ice cream with Mr Biden being snapped several times consuming the sweet items.

Mr Biden also calls his son Hunter every night to check up on him and will text him to see if he is ok if he does not answer.

The Democrat leader is also a keen cyclist and is reported to use a high-tech Peloton stationary bike to keep fit.

But the White House faced criticisms following a Peloton data breach with many journalists asking if the bike was brought with Mr Biden when he entered office.

Reporters were concerned the bike was a cybersecurity risk.