A group of scrambler riders perform dangerous stunts along side a police officer who does not seem phased about pulling them over.

The shocking footage was taken by one of the bikers who applauds his friends wheelie stunts on Walton Lane in Liverpool.

A rider slowly snakes his way across the two lanes before overtaking the police man while another wears a professional ivory white helmet and races his bike to catch up on its back wheel.

Dicing with death: A group of four motorists took their life in the hands as they performed wheelies and stunts on Walton Lane in Liverpool. They were not interested in subtlety as they continued their tricks past a duty police officer who was travelling in the same direction

The fourth rider then pulls in front of his pal with the camera and can be seen lunging his blue scrambler to the air and into pulling a wheelie.

He dices with death as he clings on with no helmet and only his hood up and then the filmer flashes a jolted look down at his own set of wheels.

Another rider then appears close to the middle line of the road as they continue to rider alongside the officer as they pass Stanley Park, in the clip uploaded to the Speed Traps Liverpool page on September 4. 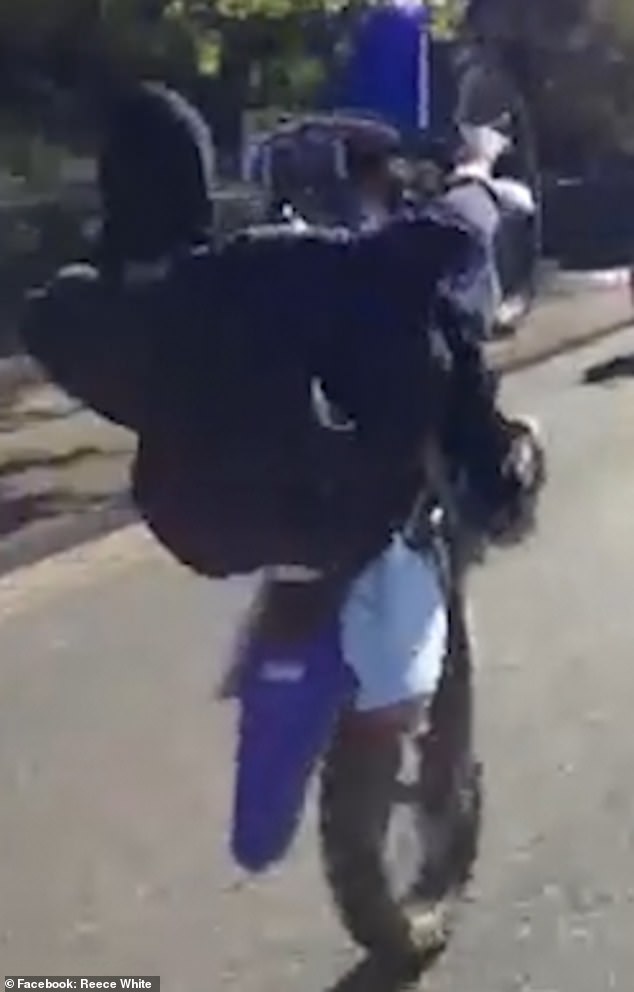 This biker takes his life in his hands as he performs a stunt without a helmet or any body protection. One social media user lightheartedly said the group of motorcyclists have ‘probably been given tickets but just haven’t received them through the post yet’ 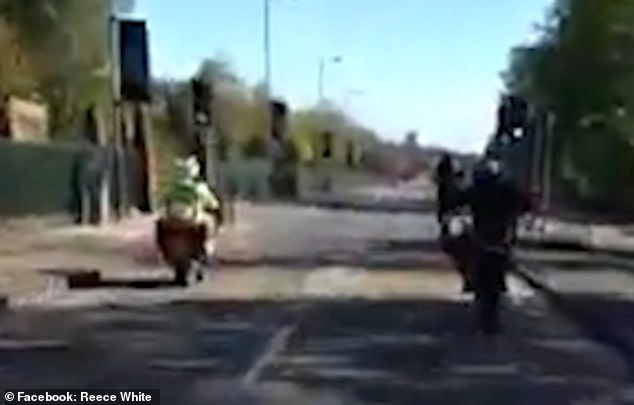 As the officer veered off onto another road, they called him a ‘s***house’ and more than 500 people have shared the footage

The officer can be seen pulling away from the gang and turns onto Anfield Road as a number of the riders shout at him and call him a ‘s***house’.

It is not clear whether any collisions were caused by the erratic riding.

The video has received over 500 shares as social media users slam the behaviour of the riders and call out their lack of respect.

One woman said: ‘Absolutely disgusting, no respect for anyone on the road.’

Another person added: ‘They could end up costing someone their life riding like that. Did the police not intervene at all?’

Steven Summer wrote: ‘He probably has given them tickets they just haven’t received them through the post yet lol.’

Paul Lynch added: ‘Maybe it was all friendly banter and they called him a sh** house coz he wouldn’t do a Wheelie.’

But many people were quick to support the police officer in the video.

One person said: ‘What can the police really do? He can’t chase them on his own, it’d be too dangerous for everyone involved.

‘With the way they are riding, they are only going to cause more damage if they pick up the speed.’