On Wednesday afternoon, an 83-year-old man in a high school T-shirt walked up to the front door of his Philadelphia family mansion in front of a media pack and threw a v-for-victory sign.

After more than three years in jail, Bill Cosby’s sexual assault conviction had been overturned by Pennsylvania’s highest court, which ruled the former actor and comedian should never have been charged in the first place. Not because they found he was innocent – but because of promises made to him 16 years ago when accusations were first lodged.

The decision shocked the MeToo movement, which had seen the entertainer’s conviction in 2018 as a watershed moment in the push to hold even powerful men accountable. But others celebrated it as justice at last for a prominent black man sent to jail unfairly. 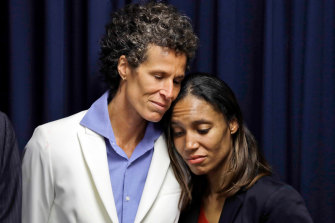 Cosby told police the sex was consensual and the Montgomery County district attorney at the time, Bruce Castor jnr, decided not to lay charges, citing “insufficient credible and admissible evidence”.

More about the lawyer later.

The accusation didn’t go away. News of the rape complaint leaked to the tabloids. It wasn’t the first sexual assault complaint filed about Cosby. Constand sued him for damages and her team found 12 other women willing to testify about his behaviour.

The civil case was eventually settled, a non-disclosure agreement was signed, and Cosby’s unsavoury reputation percolated in jokes and rumour files for the next decade.

In early July 2015, a judge made public a deposition Cosby gave the DA for the civil suit, after the Associated Press pushed for its release. In his statement, Cosby had admitted that he gave Quaalude sedatives to women he wanted to have sex with. It was a damning confession that made international headlines. 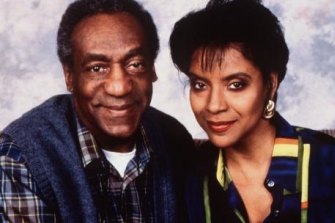 Bill Cosby in a promotional shot for The Cosby Show, pictured here with screen wife Claire, played by Phylicia Rashad.

At the end of the month, New York magazine published an edition in which 37 other women who said the comedian had assaulted them agreed to be named and photographed.

On December 30, 2015, Cosby was arrested on charges of aggravated indecent assault, just before the 12-year statute of limitations ran out.

On April 26, 2018, after one mistrial triggered by a deadlocked verdict, a second jury found Cosby guilty of three counts of sexual assault and he was later sentenced to three to 10 years in jail.

Why was his conviction overturned?

Cosby has always maintained his innocence and was denied parole five weeks ago for refusing to attend a treatment program for sexual predators.

His legal team took his appeal to Philadelphia’s high court, and on Wednesday, US time, six of the seven judges agreed to throw out Cosby’s conviction and free him, also ruling out any possibility of a retrial.

The court found Cosby was unfairly prosecuted because Castor, then district attorney, had promised the comedian back in 2005 that he wouldn’t be charged.

Sure enough, in a court hearing weeks after Cosby’s arrest in 2015, Castor testified that he promised Cosby he wouldn’t be prosecuted in the hopes that it would persuade the comedian to testify in Constand’s civil case and allow her to win damages. Castor acknowledged the only place the matter was put in writing was in a 2005 press release announcing his decision not to prosecute, but said his decision was meant to shield Cosby from prosecution “for all time”.

Castor, by the way, is the lawyer whose long, rambling defence statement baffled Congress in February when he represented former president Donald Trump at his second impeachment.

The prosecutor who had Cosby arrested and brought the charges in 2015, Kevin Steele, argued he wasn’t bound by Castor’s agreement.

But the court concluded Steele should have stuck to the non-prosecution agreement. The judges wrote that “denying the defendant the benefit of that decision is an affront to fundamental fairness, particularly when it results in a criminal prosecution that was foregone for more than a decade.”

Why does it matter?

Some of the women who have accused Cosby of assaulting them say the ruling could deter victims of sexual assault from coming forward in future.

Constand and her lawyers released a statement saying: “We urge all victims to have their voices heard.”

Actor Eden Tirl, who says Cosby assaulted her in 1989, told NBC News the statute of limitations prevented police from investigating claims further in the past. “The outdated laws are so clearly in place, protecting men in these cases, more often than not.”

However, legal experts said the Supreme Court had to uphold the fifth amendment of the US Constitution, which states the government cannot compel people to provide incriminating information about themselves. Because Cosby had been assured he wouldn’t be charged, he could not “plead the fifth” when interviewed for the lawsuit and had to answer the questions.

Other commentators celebrated Cosby’s release as vindication for a black man jailed unfairly.

Cosby’s long-time co star and TV wife Phylicia Rashad was elated, tweeting “FINALLY! A terrible wrong is being righted — a miscarriage of justice is corrected!” Later, copping outrage from all fronts, she tried to walk back her statement, saying she supported sexual violence survivors and “in no way intended to be insensitive to their truth”.

“Cosby is home now. A part of me smiled at the sight of him in that white Central High School T-shirt at the news conference outside his home. A black man had beaten a system that too often has left African Americans with a knee on their throats.

But just as I’m black, I’m also a woman. Sisterhood is strong. I know his alleged victims are beside themselves with outrage. I feel for them, too.

As I said, my emotions are all over the place.”